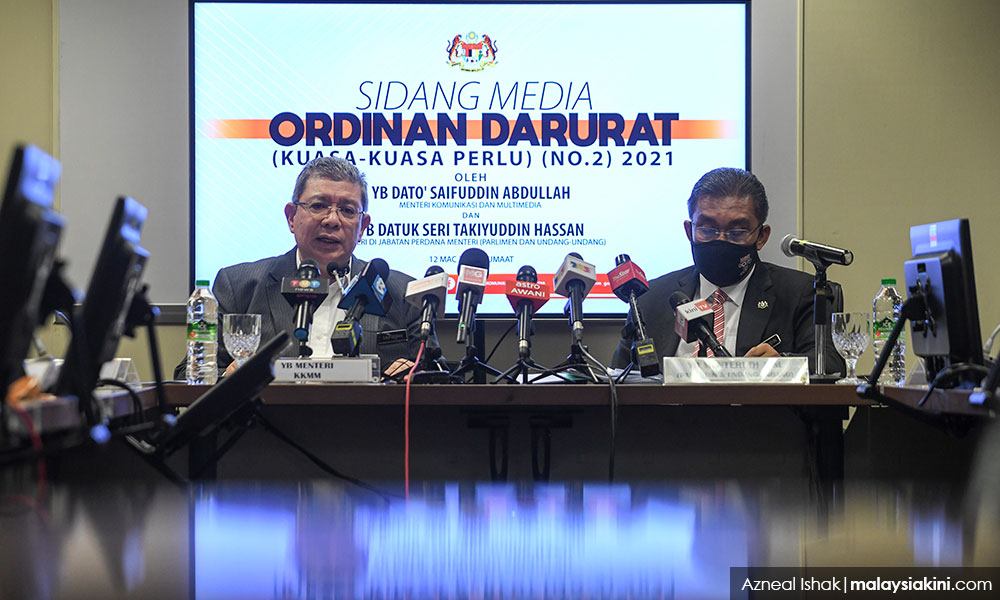 The post Up To 3 Years Jail & RM100k Fine For Anyone Claiming Darurat Was Due To PN Losing Majority appeared first on WORLD OF BUZZ.

The de facto Law Minister said that such a claim is an example of fake news that is liable under the new fake news ordinance.

The federal government has on Thursday (11 March 2021) gazetted and put into force the Emergency (Essential Powers) (No. 2) Ordinance 2021 which grants emergency powers to the government to act against those who spread fake news regarding Covid-19 and the enforcement of the Emergency. During a press conference yesterday, Minister in the Prime Minister’s Department (Parliament and Law), Datuk Seri Takiyuddin Hassan and Communications and Multimedia Minister, Saifuddin Abdullah clarified details regarding the emergency ordinance.

As reported by Malaysiakini, Takiyuddin gave an example of what constitutes as being fake news under the ordinance include claiming the Perikatan Nasional (PN) government sought an emergency declaration due to losing its majority in the Dewan Rakyat. Takiyiddin, who is also the Member of Parliament (MP) for Kota Bharu said, 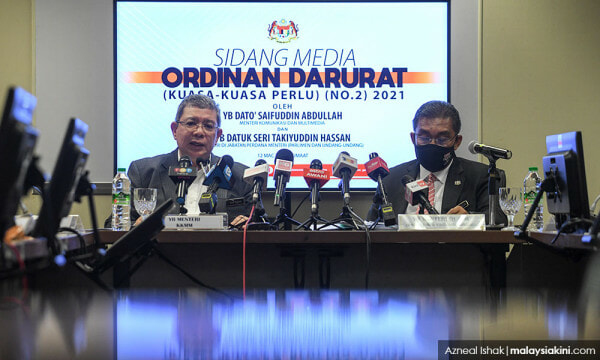 Critics of the government, especially members of the opposition and even members of the government itself, particularly from UMNO has long been pushing the narrative that the emergency proclamation was politically motivated due to a lost in majority. On the same day that darurat was declared, UMNO MP for Padang Rengas, Nazri Abdul Aziz withdrew support from the PN coalition. Two days prior, UMNO MP for Machang, Ahmad Jazlan Yaakub withdrew support.

However, Takiyuddin said that officially, the emergency was declared by Yang di-Pertuan Agong on 12 January 2021 on the advice of the cabinet in order to curb the spread of Covid-19. The de facto Law Minister also iterated that once the Yang di-Pertuan Agong declared a state of emergency, it is final and can’t be challenged in any court. In fact, several requests to challenge the validity of the advice of the government for the King to declare darurat have already been denied by the courts. 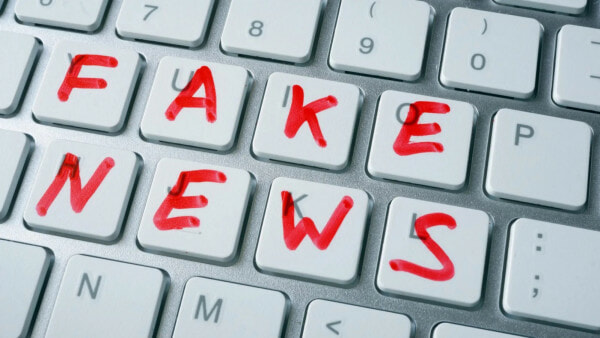 During the same press conference, both Takiyuddin and Saifuddin said that even though the maximum fine under the ordinance is RM100,000, a Sessions Court judge hearing a related charge under it has the discretion to release an accused with only a warning. Furthermore, the intent to spread fake news must also be proven first before an alleged perpetrator can be punished. Takiyuddin clarified,

“That is the situation in court […] the ordinance only states a ceiling punishment which means the floor could be any amount determined by the judge,”

Those liable under the fake news law face:

For continuing offences, the accused face a further fine not exceeding RM1,000 for each day the offence continues after conviction. The ordinance prescribes perpetrators as those who spread ‘fake news’ in writing, videos, audio recordings or in any other form that may convey ‘words and ideas’.

Also read: RM100,000 Fine For Individuals Who Spread Fake News About Covid-19 Or The Emergency 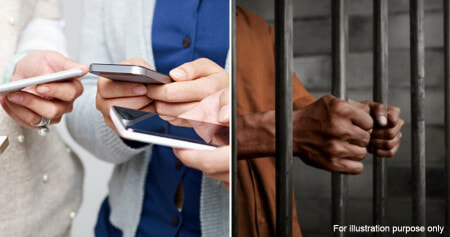 The post Up To 3 Years Jail & RM100k Fine For Anyone Claiming Darurat Was Due To PN Losing Majority appeared first on WORLD OF BUZZ.