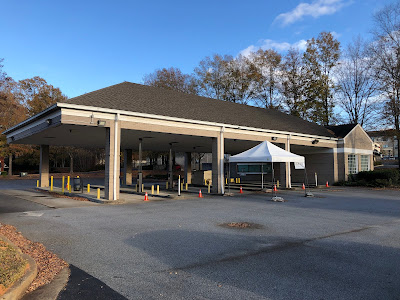 [UPDATE] East Cobb + Marietta Round Up

In the coming months, several new businesses will open in East Cobb.  Below, we reveal who's opening, when, and where. Enjoy!

Breakfast and lunch eatery First Watch plans to open a new location in East Cobb at 1080 Johnson Ferry Road.  The roughly 4,000 square foot eatery will open in an outparcel of the Publix-anchored Woodlawn Point shopping center and would replace a COVID-19 testing facility that has been operating from the onetime Wells Fargo bank.  Interestingly, the new First Watch will be situated next to a Chase Bank, which itself replaced a building that had most recently housed a franchise of Flying Biscuit Cafe, and Mama Fu's and Donatos Pizza before that. (Flying Biscuit Cafe returned to East Cobb this past March when a new franchisee opened an outpost in nearby Parkaire Landing.). The new First Watch will be the thirteenth in metro Atlanta for the Bradenton, Florida-based chain. The company currently operates eleven locations in the market but will in early 2022 open a new restaurant at the new Publix-anchored Dunwoody Marketplace along Ashford-Dunwoody Road in Dunwoody.  The new First Watch in East Cobb joins the chain's existing location in the area which opened at the previously GreenWise Market- anchored Sandy Plains Marketplace shopping center about seven miles away.  The new East Cobb eatery is expected to begin construction in early 2022 and open during the third quarter of 2022. 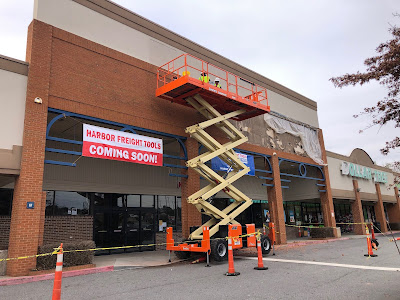 Harbor Freight Tools plans to open a new location in East Lake Shopping Center.  The discount tool retailer will become the center's anchor when it backfills the roughly 16,000 square foot space previously home to Park Avenue Thrift.  The thrift store opened in the center in late 2011, and despite its location being marked as "temporarily closed" online, likely closed permanently a couple of months ago at the completion of its ten-year lease.  Calabasas, California-based Harbor Freight already operates two dozen stores in Georgia but the majority of them are what you might call "way OTP."   The company recently opened a Cumming store and also operates stores in Dunwoody, Kennesaw, Lilburn, Lawrenceville and Buford, among other communities.  Harbor Freight sells many tools under its in-house brands, sourced directly from manufacturers, at prices lower than national brands.  A source close to the retailer indicated that current plans call for the East Cobb location to open sometime during the first quarter of 2022. 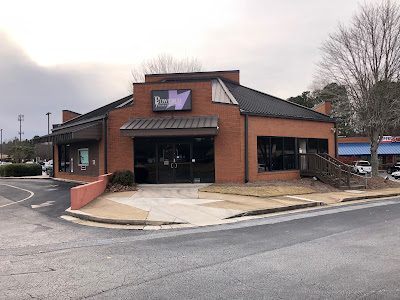 Work is well underway to convert the former thrift store to the popular tool store.  On the other hand, despite a site plan that indicates Starbucks will open in the center, no perceptible work has been done to suggest that it will happen any time soon.  According to the center's site plan, Starbucks has leased the former Powerco Federal Credit Union building, situated in an outparcel of the shopping center, and plans to open a coffee shop in its place.  The plan indicates that Starbucks will occupy the existing roughly 4,400 square foot building.  While this could happen, the size and age of the building are likely not ideal for the coffee chain and while they no doubt want to make use of the building's existing drive-thru, significant modifications are likely needed.  Starbucks already operates two locations in the area, including one in the Kroger across the street in the Pavilions at East Lake shopping center and another at 2424 Roswell Road, at East Piedmont Road, about a mile away. 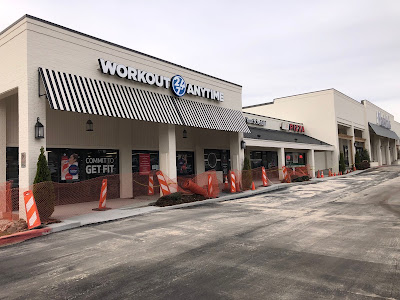 ToNeTo Atlanta reported December 16 that DoorDash is bringing its "ghost convenience store," DashMart to Charlotte and that Atlanta was likely not far behind.  We are now pleased to exclusively share the news that a new DashMart is coming to East Cobb.  DashMart will open in the Marshalls at East Lake shopping center where it will replace existing tenant Workout Anytime.  The fitness franchise is still operating and it's unclear exactly when it will close, but DoorDash has executed a lease on the 6,400 square foot space, according to a source familiar with the center's leasing.  The new DashMart should open sometime during the second or third quarter of 2022. 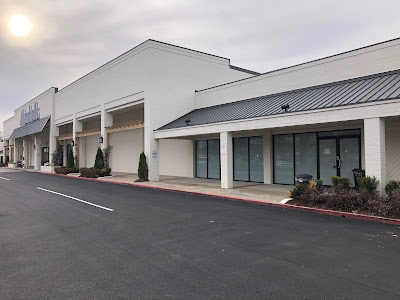 Interestingly, in addition to DashMart, rival Gopuff will also open in the center.  Based in Philadelphia, "Gopuff is an instant delivery service, bringing customers everyday essentials like grocery needs, pet and baby supplies, snacks, ice cream, and more in about 30 minutes."  Gopuff will occupy a 4,500 square foot space to the right of Marshalls and recently filed for permits with Cobb County to build out its space.  "Gopuff delivers to customers for a flat delivery fee of $1.95 and is different from other delivery services on the market in that the company owns the supply chain, products, and consumer experience end-to-end."  The company currently operates seven "micro-fulfillment centers" in the state of Georgia, four of which are in metro Atlanta.  A spokesperson for Gopuff said "I don't have anything to share in Marietta at the moment," while a source close to the property indicated that Gopuff is hoping to open sometime in the first quarter of 2022. 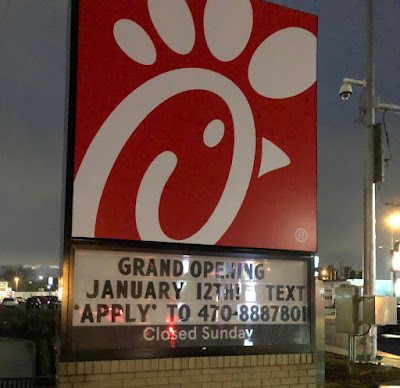 Chick-fil-A will open a new Atlanta area restaurant on January 12 in the shadow of The Big Chicken at 1110 Roswell Road.  The new restaurant replaces the existing Chick-fil-A at 170 South Cobb Parkway in an outparcel of the Walmart-anchored Marietta Trade Center project.  ToNeTo Atlanta first reported on this planned relocation in August.

What upcoming business are you most excited about?  What type of business would you most like to see open in East Cobb?  What is your favorite East Cobb area restaurant?

[UPDATE] East Cobb + Marietta Round Up