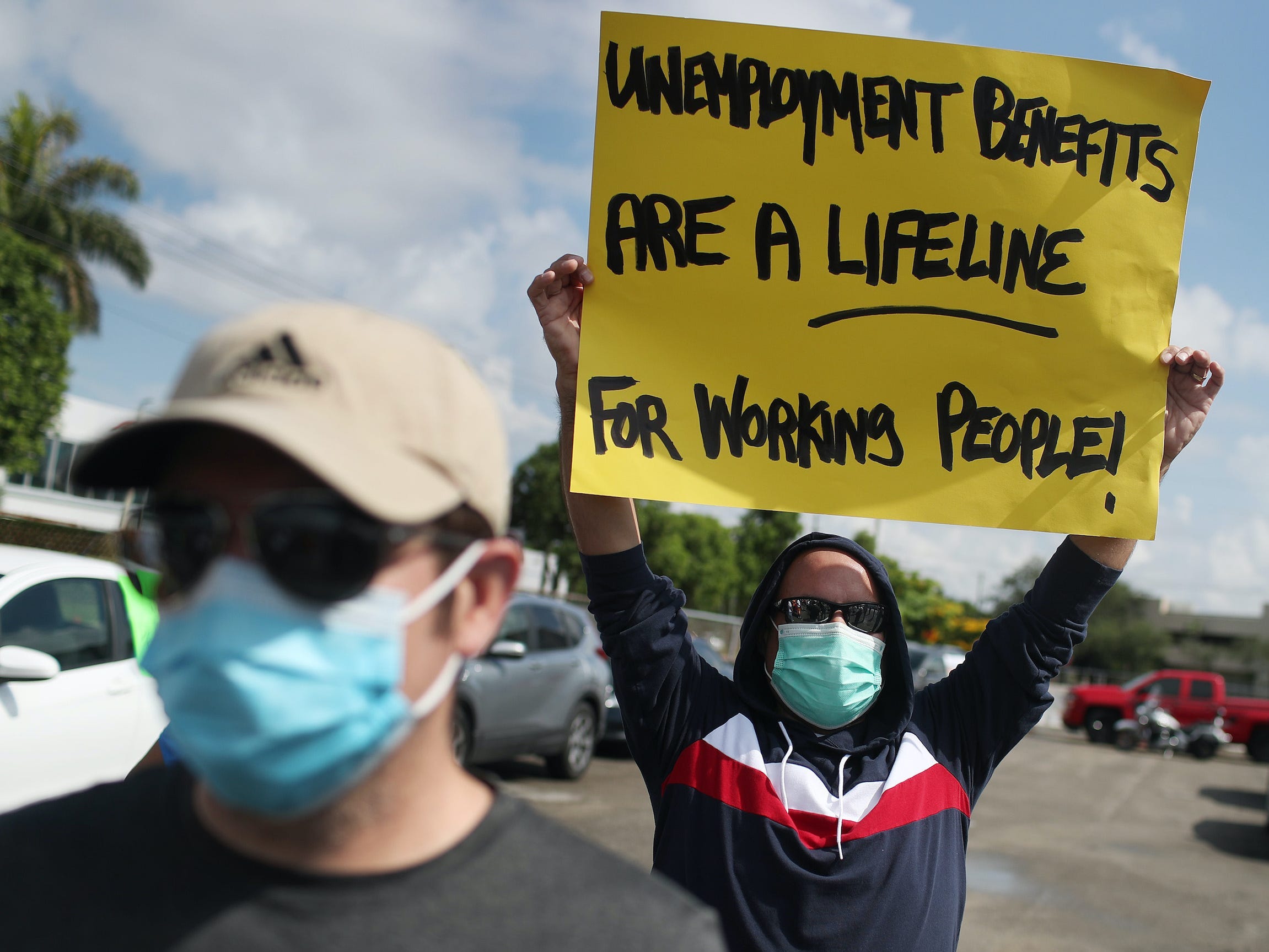 The number of Americans filing for unemployment benefits ticked higher last week as hiring slowed after surging through March.

New filings for unemployment benefits totaled an unadjusted 744,000 for the week that ended Saturday, the Labor Department said. Economists surveyed by Bloomberg expected a reading of 680,000 claims. The reading marks a second straight jump and places claims at their highest level since early March.

Continuing claims, which track Americans currently receiving unemployment benefits, edged lower to 3.73 million for the week that ended March 27. That compares to the median economist forecast of 3.64 million claims.

While initial claims have fallen significantly from their year-ago highs, they remain elevated as the pandemic and its fallout lingers. Roughly 84 million claims have been made since the pandemic slammed the labor market in March 2020, more than double the total seen during the 18-month Great Recession.

The claims data is the first to come after the Bureau of Labor Statistics' encouraging March jobs report. The US economy added 916,000 nonfarm payrolls last month, surpassing the median estimate calling for a 660,000-payroll gain. The unemployment rate fell to 6% from 6.2%, meeting economist projections.

Upward revisions for January and February job gains brought the total number of added jobs above 1 million. Economists largely pegged the increase to a gradual easing of economic restrictions seen throughout last month, as well as Democrats' $1.9 trillion stimulus plan approved on March 11. The better-than-expected report signals gains in the coming months will be similarly strong as more Americans are vaccinated and the economy reopens further.

There's still plenty of progress to be made, however. The government's headline count of jobs lost to the pandemic remains elevated at 8.4 million. Alternative metrics paint an even bleaker picture. A separate unemployment rate that ropes in misclassified workers and Americans who dropped out of the labor force since February 2020 dipped slightly to 8.7% last month, Insider calculated. That level suggests the country is down some 14.3 million payrolls from pre-pandemic levels.