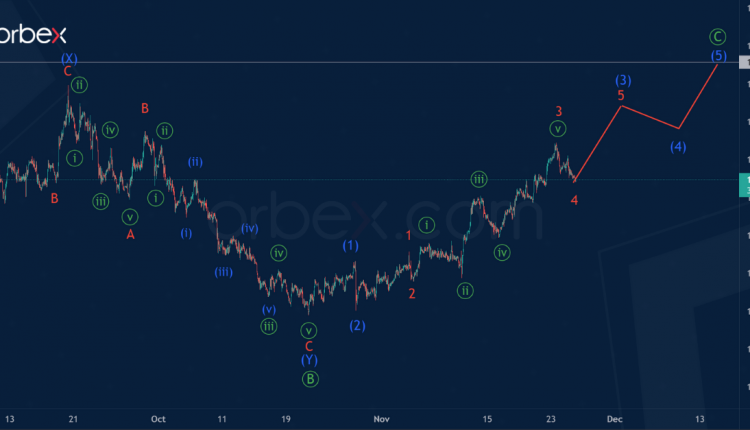 The formation of the USDCAD currency pair suggests the development of a large correction trend. This takes the form of a standard Ⓐ-Ⓑ-Ⓒ zigzag.

At the end of October, the downward movement of the market ended within the primary correction Ⓑ. This took the form of a bearish double zigzag (W)-(X)-(Y) of the intermediate degree. Then we saw an impulsive growth within the primary wave Ⓒ.

Currently, impulse wave (1) and the intermediate correction wave (2) have ended. In the near future, the upward movement of the price in the intermediate sub-waves (3)-(4)-(5) is likely to continue.

The final of the entire primary impulse wave is possible around the level of 1.295. Thus, there is a good chance to make money on purchases, in order to take profit at the end of the wave Ⓒ. 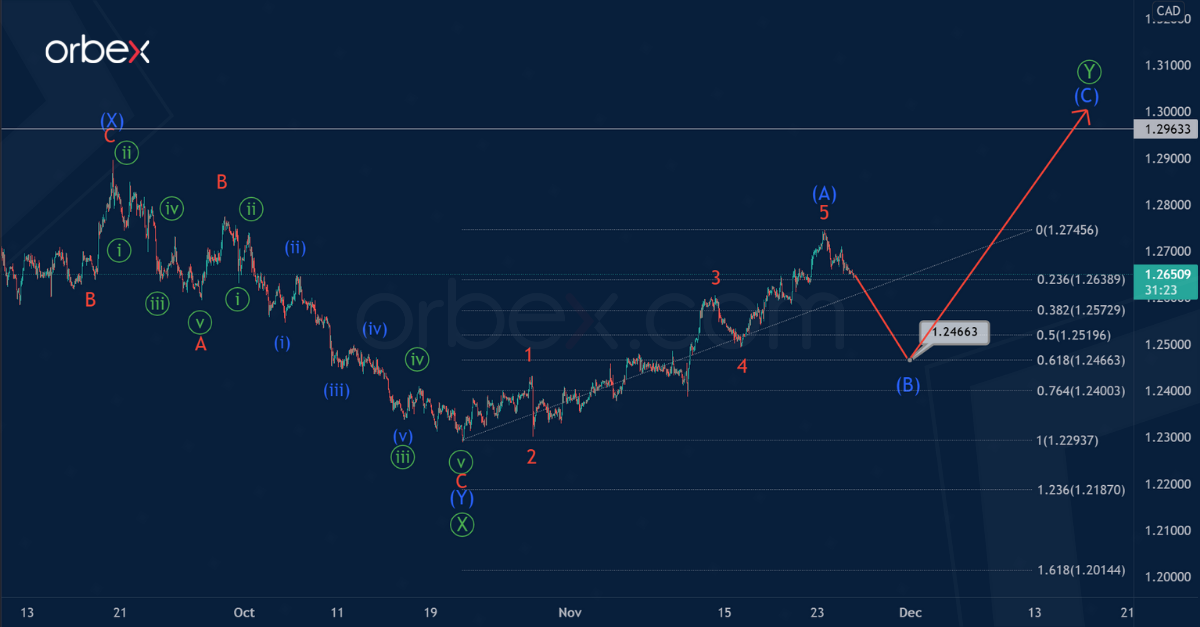 An alternative scenario shows the primary double Ⓦ-Ⓧ-Ⓨ zigzag is being constructed, with the actionary wave Ⓨ under development.

Wave Ⓨ can take the form of an (A)-(B)-(C) zigzag of the intermediate degree. So far, the first impulse wave (A) has ended. To confirm the alternative, we should see a decline in the currency pair within the intermediate correction (B).

Orbex is a fully licensed broker that was established in 2011. Founded with a mission to serve its traders responsibly and provides traders with access to the world’s largest and most liquid financial markets. www.orbex.com