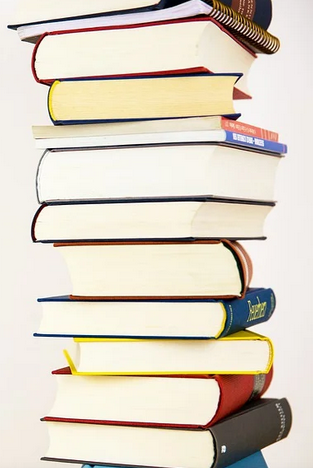 When I review books, I try to focus on their own merits. Let's say, for example, that Lieber is a fun read despite being better or worse than Tolkien.
In my latest review, however, I compared The Black Company (unfavorably) to Tolkien, Bernard Cornwell and George RR Martin. As I've mentioned, this might be an unfair comparison, since these three are some of the greats, and it adds a negative note to a book I enjoyed (kinda).
However, I think these kinds of comparisons can be useful in at least four ways:
- If you liked book A, you might like book B.
- Conversely, if you didn't like book A, you'll probably dislike book B.
- If you have many books to choose from (let's face it, we will never read everything we want), choose book A over book B.
- It establishes a (subjective) hierarchy of book preference that is clearer than giving a book "four stars" (or, even worse, "seven out of ten", which means basically nothing), etc.
This last point makes me intensely curious about creating a hierarchy of ALL fantasy books I've read... and my RPGs! Anyway...

There are also some downsides:
- It creates imaginary "feuds" between books, authors or fans (I enjoy both Tolkien and Moorcock greatly, despite Moorcock's unfounded criticism of Tolkien; I also enjoy The Witcher despite Sapkowski, AFAICT, never gave Moorcock due praise since it's such an obvious influence).
- It forces you to say something (slightly) negative about each book, even the ones you enjoyed ("this is decent but not to the level of GRRM", etc.).
The first point is easy avoidable by being an adult.
The second point might be a plus: it is easy to only make reviews of things you enjoy, and say everything is cool and fun; but this is not useful at all. Making reviews of things you didn't like to balance it out feels like a bad idea to me; life is too short to waste time with a book I already disliked.
What about RPGs? Well, the same reasoning applies - and even more so. After all, you could read 20 books or more in a year, but read, learn and play more than three or four RPGs will be hard to do. And when I look to an RPG, I am usually looking for an alternative to my current game, and not an addition to my library.
Let's think of Star Wars, for example. A fan of the Star War franchise might be interested in the movies AND the series AND the books AND the comics... But if you want to PLAY a Star Wars campaign, you'll probably want ONE system to run with - either d6 OR d20 OR Genesys, etc.
(This applies to RPG systems and maybe tools - adventures can be read like other books, i.e., useful additions, not alternatives; it is easier to combine adventures than RPG systems. It is still useful to have an hierarchy if you're looking for a new adventure).
I remember that at least one blog did exactly that - comparing, I think, Mutant Crawl Classics to Mutant Year Zero in the same review, for example (if you remember which one, let me know!).
There is a huge downside to this, however; the RPG niche is small, and many people talk directly to each other through social media. Most of us want to support, and not compete, with each other; and saying A is better than B is likely to leave a bad impression in both. So, it is something I feel I'm not as likely to do with indie publishers (although I'll never publish a review if I cannot be honest about it).
Other than that, however, I think I'll try to incorporate more comparisons in my RPG reviews; it might be useful.
Further reading:
https://methodsetmadness.blogspot.com/2021/04/information-overload-organizing-creating.html
Source: methodsetmadness