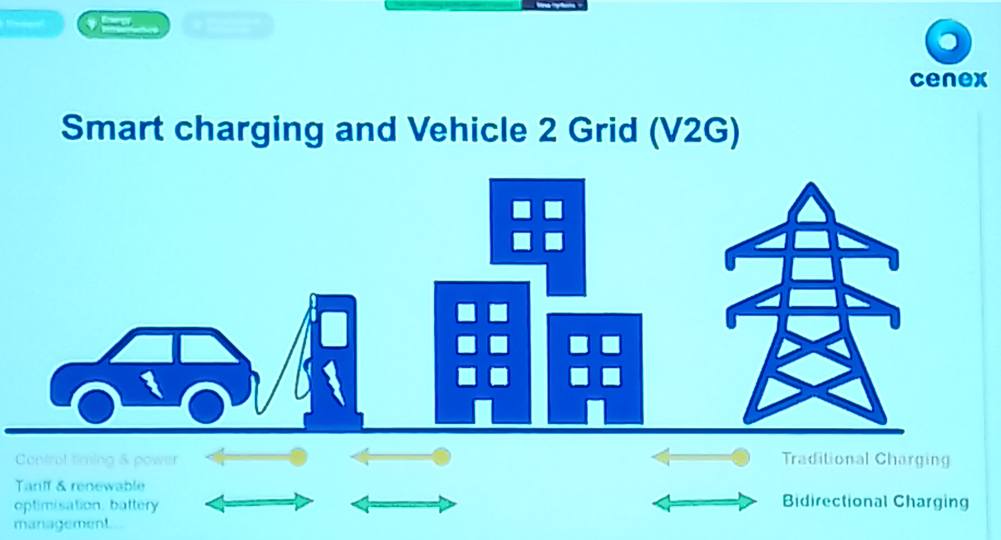 Vehicle to grid (V2G) has been a hot topic globally as grid management and resilience become a growing concern. The increasing prevalence of issues surrounding renewables integration and energy management illustrates how solutions like V2G are required to maintain the stability and efficacy of our energy supply.

With the ever-increasing amount of electric vehicles (EVs) that have been coming onto the grid, planning how to manage the grid’s wear and tear while maintaining grid functionality is more relevant than ever.

Keith Buddon, head of business development at Cenex – an independent non-profit research and consultancy – responded to this quandary during the Smart Mobility Africa Fleet Summit, taking place during Enlit Africa 2022.

Leveraging the UK as a case study, Buddon illustrated how V2G and smart charging practices have been shown to provide diverse value propositions in light of the grid challenges that have been becoming more apparent through the years.

“Unmanaged charging is the worst thing one can do, but with vehicle to grid you can get an extended battery life by 10% or additional cost savings. Thinking about that in commerce, vehicles with large batteries (higher usage) offer significant opportunities for V2G.”

Buddon contextualised these propositions by highlighting the rate of electrification that the UK has seen over the last six years. In December 2016 a total of 0.6% of cars were fully electrified, compared to half a dozen years later – where this figure grew to 25.5% by 2020. In light of this development, Buddon reaffirmed the necessity of well-structured policies to drive the transition to comprehensive electrification.

According to Buddon’s graph on electrical load shifts, from between 2013 to 2020 the UK system has seen a significant curvature in when and how consumers use their electricity.

This shift calls for attention into how our load is managed to prevent harmful effects on the power grid.

“People have begun to use a lot more electrical equipment. And as the industry has gotten more efficient, moving offshore, we find the load to drop throughout the day,” Button explained.

This large drop in power demand during the day was also accompanied by having more and more renewables becoming available, particularly solar energy during the day when the sun shines. This, according to Buddon, resulted over time in a large peak experienced by the grid, which has been causing major changes to the UK energy system.

“And so, with electric vehicles, if these are plugged in after arriving at home after a day’s driving, that peak gets made significantly worse. And this is where smart charging and vehicle to grid comes in.”

Buddon related these propositions to the potential of V2G to allow society to wean itself off of unsustainable power plants as a source of energy.

And while there is still a lot to be done in the way of challenges barring widespread electrification, there is momentum and potential for a fully electrified future.