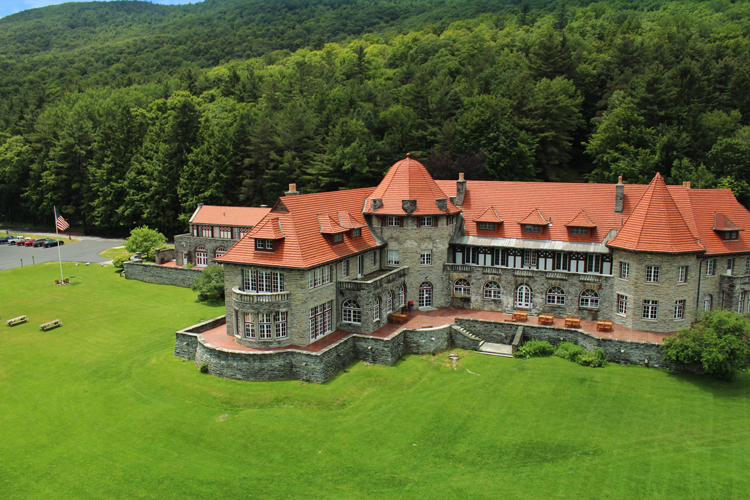 Southwestern Vermont Health Care won its bid for the former campus of Southern Vermont College in Bennington for $4.65 million at auction in U.S. Bankruptcy Court on Friday afternoon.

A bidding duel between three qualified parties notched the purchase price up from the health care company’s original bid of $3.2 million.

Southern Vermont College closed in spring 2019 after financial pressures cost the school its accreditation with the New England Commission of Higher Education. The 371-acre campus includes an athletic complex and fields, dormitories, and the historic Everett Mansion.

Tom Dee, president and CEO of the health care group, told VTDigger he’s not sure yet how the group will use the campus. They plan to work with the town of Bennington to develop short-term and long-term plans for campus use in the coming months.

“I think in the short term, we have to button this place up, make sure it’s protected, because it’s not going to be used as a college or anything in the coming months,” he said. “And we’ll use that time to really get into a significant planning process.”

While the trail systems, and likely the athletic fields, will remain open to the public, the facilities could be used for workforce housing, for education, or, in the short term, as a potential Covid-19 surge site.

“I wouldn’t be surprised if we developed a plan as part of our surge planning for that to be used,” he said. “It has some very good aspects to it in terms of potential for parking and access and large open spaces.”

Dee said the medical center, which is located on around 100 acres itself, has trails that connect with those on the SVC campus.

“It’s very nice synergy in terms of expanding the trails in our area here,” he said. “The trails create a destination. As we’re looking to build the Bennington region, we want to make it into a destination community and having an active, well groomed trail system, it’s a very nice feature. So I wouldn’t be surprised if we can work hard to even make it better.”

Also at Friday’s hearing, Kenneth Milman and Bridget Elder of Bennington purchased the college’s former admissions building, called the Gatehouse, for $320,000, with plans to renovate it for residential use, according to the Bennington Banner.

Trustee Raymond Obuchowski said he was pleased with the results of the auction.

“It was a collaborative effort of all of the parties involved to get to a good result in this case,” he said, “which will result in monies for creditors and restoring the property back into the community as a viable economic center.”

Other bidders included Paul Belogour of Vermont RE Development LLC, whose representative stopped bidding at $3.95 million, and Moshe Perlstein, the operator of a summer camp that prompted concern from Bennington residents about noise and spread of Covid-19 last summer.

Perlstein, who stopped bidding at $4.6 million, is the backup bidder. His deposit will remain in escrow with Obuchowski until two business days after the closing.

Before Friday’s hearing, Obuchowski filed an affidavit with the court declaring support for Southwestern Vermont Health Care’s offer, and detailed failed attempts from earlier in the year to go through with a purchase and sale agreement with Perlstein.

“With the inability to reach consensus on a new purchase and sale agreement with Perlstein and with recognition of the delay and extensive amount of damages from the summer camp occupancy that came to be known, I proceeded to issue a Default Notice to Moshe Perlstein and sought to seek a contract with alternative buyers,” the affidavit reads.

“We know for a fact the hospital has been in communication with the whole bidding process,” he said. “Does that fall under collusion? This is what our lawyers are looking into right now. We’re not walking away, at all.”

Dee said community complaints about the summer camp sparked the group to make their original bid.

“There was a pretty large outcry from the community in terms of unhappiness with how the land was being used this summer, so we felt that it was time for us to see if we could step in and participate,” he said. “And we felt that, given the proximity of the college — it’s literally our adjacent neighbor — it’s something which we felt that we need to get involved with.”

Before the bidding began, Andre Bouffard, who placed bids on behalf of Southwestern Vermont Health Care, said the group’s bid contained value beyond their cash offer. SVHC plans to close on the property before the end of the year; the property’s insurance is set to lapse by Dec. 31.

The estate’s current insurer has declined to continue coverage after finding extensive damage caused by the summer’s camp. A new plan will cost $14,400 per month, according to court documents. The swift timeline would also allow the group to manage the costly endeavor of heating the gymnasium.

Judge Colleen Brown said these factors would make a difference in the decision about whose bid was successful.

“Best does not necessarily limit itself to the highest,” Brown said.

Dee called the result of today’s hearing a win-win-win for SVHC, the town of Bennington and the community. He cited Bennington’s ongoing downtown revitalization, including efforts to renovate the Putnam Hotel and surrounding block, along with the hospital’s plans to upgrade its emergency room and cancer center.

“We have some major sites within a mile of each other that will have the potential for major redevelopment. So I think it means, in our whole area, exciting change will be taking place,” he said.