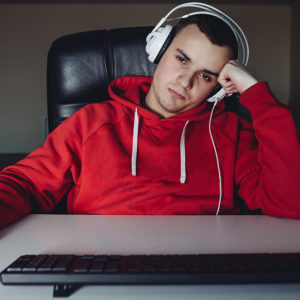 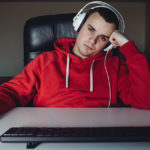 LINCOLN, Neb. —  Local gamer Cal Huckaby has postponed the announcement of his highly anticipated new year’s resolution until an unspecified date later in the year.

“This is an incredibly difficult decision to announce,” Huckaby announced yesterday. “But frankly, it’s become clear that I am not going to have this resolution ready on time. I really wanted to have this thing out for New Year’s, but I’m afraid that we’re going to push back to a later date so that I may more fully consider the kinds of things I’d like to change about myself in the year ahead. I am very confident that we will have the resolution out by the third quarter of 2020.”

The announcement of the delay caused shockwaves online, but many close to Huckaby weren’t surprised.

“Oh gosh, I could’ve told you that,” said Cheryl Huckaby, Cal’s mother. “He never gets anything done on time, certainly something this important and high profile. I did my best to act surprised when he announced the delay, but frankly, everyone in the family knew there was no way he was going to have this resolution ready on time.”

Huckaby has insisted that the delay is not his fault, but merely a byproduct of an environment that encourages resolutions and holidays to be released on arbitrary, pre-assigned dates.

“Maybe if I didn’t have such unrealistic expectations put on me year after year after year I could really overhaul myself sometime instead of just incorporating some minor changes here and there,” he said.  “This delay will be good for me in the long run. You’ll see”

As of press time, Huckaby had promised to keep supporting his previous resolution of reading more, which had a very successful midnight release on January 1st, 2019.

Check out the newest episode of the Hard Drive podcast where we watch and discuss every episode of 1989’s The Super Mario Bros. Super Show!