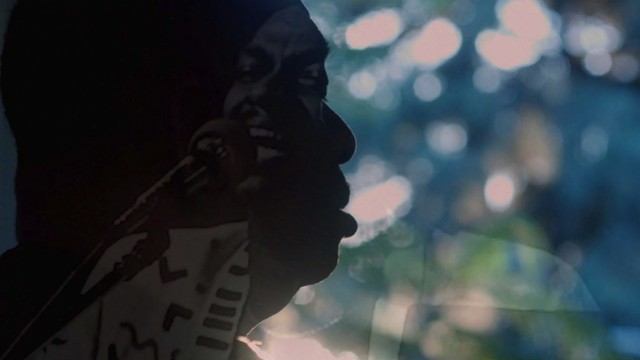 Our adulthoods began with an email. Pack your things, it said: off you go. And in a harsh frenzy: we went. Our campus of thousands abruptly grew silent. We seniors said our numb goodbyes, our nostalgia feeling small and perverse.

Afraid of carrying the virus home to our parents, and more afraid of parting, 13 of us holed up in quarantine together. A friend’s empty home on the north shore of Massachusetts became our bunker. We ate ziti the first night, quietly. Our forks clinked as we listened to our breaths for the first inklings of lung failure. Every cleared throat raised hairs, like nighttime creaks that sound like a break-in.

Our setup was too good to be true, of course. We played soccer on the nearby beach and stayed to watch the sun set, turning our phones on airplane mode so they would stop, for just a moment, reminding us of all the people drowning in their own bodies. And it really did feel like being on an airplane, sitting side by side on the sand, staring wordlessly at the sky. After a while, we spotted one, trekking criminally across the cold pastels. It blinked, and we wondered who was on it, and how dare they, at a time like this.

We would wake up next to each other in white guest beds as light hit our eyes from unfamiliar angles. And we would forget our dreams and sinkingly remember: things in this world were awry. But we would rise, and make toast and coffee, and pass the time. And in those first days, sometimes we would make it a few hours in the afternoon without thoughts of the crisis crossing our minds.

We looked for things to do like we used to start playdates: ​So, do you have any games?​ Em built a makeshift easel and painted, Owen did hot yoga in the boiler room, and Mariko set up a DJ booth in the basement. We ran out of cheese first, and then olive oil, and we made a grocery list and added chocolate. Everyone except the blonde women began sprouting vague mustaches. Ben shaved his stubble into mutton chops, and then shaved them off. One night, in tribute to the passing days that would have been our final spring break, we even mustered the urge to dance.

We couldn’t talk about the future. Like everything else, there wasn’t much to know or much to say. We couldn’t say much about the past, either, because our college memories still felt far too sweet and too sore. Instead, we chatted about our tomato inventory, and how to say “woof” in Japanese, and the prospect of another cold walk to the ocean. There was much laughter and silence. There were not many tears.

No one felt definitively “sick,” but we all felt weird, and after a few days, one fever cropped up, and then three. Somehow, there was nothing much to say about this. Maybe we had The Virus, maybe we didn’t: without tests, we were like farmers with nothing to go on but an almanac. How do you feel?​ We kept asking. Weird, we all agreed. And so our air became heavy with hypothetical particles. If we squinted, we could almost see them, wafting between us like fluff from a dandelion. We could hear them too, like gnats whining feverishly in the distance. But all we could do was wash our hands.

Corey read a book about the Spanish influenza, letting historical precedent deflate our suspicion that the world was ending. Seb tried to build a model to estimate our likelihood of infection based on symptoms and potential exposure. Jules shared a poem about people learning to slow down and take care of one another, and Jason puzzled over the red furrow of the plunging market. I went around insisting that late capitalism was a pathogen on the planet, and the virus was Earth’s immune system kicking in to curtail it. Our wheels spun in 13 directions around the germ that was softly settling on our screens and books and faces. It did not hear us. And not even airplane mode could keep it far away.

On the night before classes resumed online, we were all gathered on the back porch because it happened to be warm. Paula had tried and failed to start a game of Mafia, and Ale had put away his guitar, and we all stood around sipping hard apple ciders. There was no wind, and we could hear the indistinct cries of birds or frogs echoing up from the marsh. Lights glowed from distant houses, as neighbors we didn’t know lingered awake. Corey put his arm around me. Jason put on some music.

Suddenly: “What is ​that​?” It was Enosa, and her finger was pointing at the sky. We all craned our necks. “Where?” someone asked. More fingers, until all eyes had found it. It: a chain of lights.

“They seem too small to be planes, and moving too fast to be stars or planets,” Wade reasoned. But there were ​so many​. Ten—no, 20—no, ​50​ appeared. All in a straight line, evenly spaced, outrageously tidy against the galaxy’s smattering.

I don’t remember who said it first: “It’s Starlink.” The name sounded about right. A quick Google and the ID was confirmed. Starlink: “a ​satellite constellation being constructed by Elon Musk’s SpaceX to provide worldwide high-speed Internet access. The constellation will consist of thousands of mass-produced small satellites in low Earth orbit.”

I, for one, felt unsettled. I was not used to first learning of world-historical events with my own two eyes. How could such a thing be ​seen​ before it was read about? This was space colonization, right under our noses! A massive secret that Elon Musk had sneaked by us while we were all too busy to look up.

“What an incredible feat of engineering.” I looked down and there was Seb, our budding engineer, standing there with his eyes wide and glowing. Liv, our other engineer, began describing the class she took on the crazy math of launching things into orbit. I could see all the wheels turning again, the 13 sets. None of us had just seen the same thing.

“But why do we ​need ​it?” asked Enosa, who’d studied acting and psychology. A swivel from the how to the why.

“It could be an equalizer?” suggested Owen, a history and literature. “There are huge disparities in Internet access.”

“Then it would just be a matter of distributing devices,” added Ben, from social studies.

“The problem is there’s no regulation,” said Corey, another social studies. “If Elon Musk has his own satellite web, he can do whatever he wants with it.”

We went on like this. Ah, yes: space politics. This, and the aftermath of global shutdown, would be the eerie subject matter of the Gen Z dinner parties we were fated to attend in our impending adulthoods. We would know more by then, maybe, and we’d spar and eat and speculate, but still we’d take those little sips of wine that fill the pauses when the rooms get too heavy: the same sips being taken 10 floors above and 10 floors below and in all the stacked apartments in all the healing cities, where the questions were too big for dinner parties, and the answers were still out of reach. More stars appeared, and the marsh grew louder, as the night began to swallow our chatting, transgressively large assemblage. Soon it was too dark to see each other’s faces, and we went back inside.

Some of us had studied the past, and some of us had studied the future, but we all felt effectively impotent in the face of this absurd present. We were ​“Harvard-educated”​—this was a thing that had happened to us—and yet the world we were inheriting was so far from static that I wondered how much of what we’d learned was already outdated: already rendered useless by the tyrannical sweep of modern time. I wondered what else was out there that was not yet understood, that we might spot if only we squinted a little bit harder. Our eyes (two each, 18 spectacled, none omniscient) were earnestly open, but there was so much that each could not see.

I was worried too. I closed my eyes but could still see the little specks of virus, and satellite, soaring quietly, untouchable, through the black air. I could feel them upending my world as they swarmed around it, all too small and too far for me to grasp. I wondered if this was how everybody felt when they were finished with college: this overwhelmingly tiny within the universe that was suddenly theirs to navigate. Or if we, this time, were groping around in a new, particularly dim shade of darkness—as seas rose, storms thickened, and we could not teach ourselves about the world as fast as we were changing it.

I listened to my breath and it was still steady. In the big, dark bedroom, my ears could just make out the rhythms of four breathing others, each one slow and even. I listened like this for a while, just pleased that for now, our lungs could all so cleanly fill with air.

Eve Driver ’20 and friends began quarantining in Ipswich, Massachusetts, at the start of spring recess. Ultimately, more than half the group tested positive for COVID-19, but all have recovered.