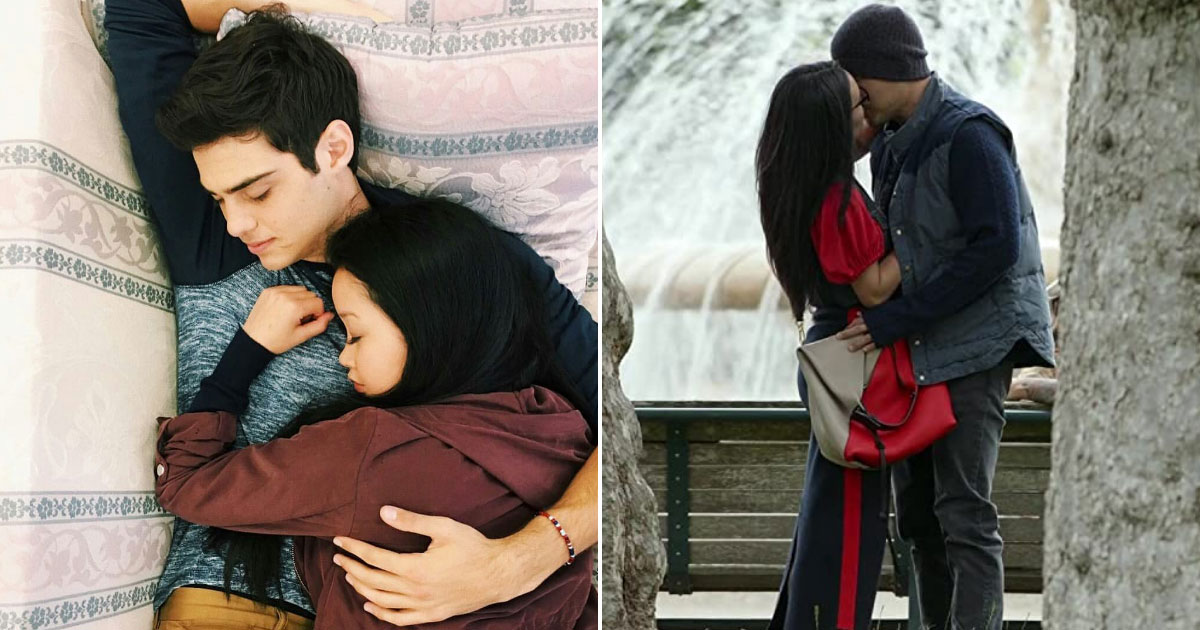 Valentine’s Day 2021: The Kissing Booth To All The Boys I’ve Loved Before – 5 Netflix Original Rom-Coms To Watch With Bae Today

It’s Valentine’s Day today, and we are here to help make it memorable. Given that we are still taking precaution owing to the COVID-19 pandemic, we suggest you and bae sit at home and binge watch some lovely Netflix original rom-coms.

All you singles out there, don’t be sad – you took can gang up with your gals and guys and have some hearty laughs while watching these film on Netflix. So sit back, bring some popcorn, chips, coke – maybe switch it up with wine- and a cosy blanket, and enjoy these movies.

From To All The Boys I’ve Loved Before and The Kissing Booth to Always Be My Maybe and Sierra Burgess Is a Loser, check out our pick for the 5 best Netflix Original rom-com to watch today.

What started as the private love letters of high school junior Lara Jean being mysteriously sent out to her crushes develops into a love story that is sure to make you go aww. Lara and Peter Kavinsky (one of her crushes) initially get into a relationship to keep her sister’s ex-boyfriend from knowing her feeling and Peter to make his ex jealous, develops into much, much more.

The teen romance had no problem enchanting viewers and getting a couple of sequels too. This Netflix original rom-com was followed by To All The Boys 2: P.S. I Still Love You (2020) and To All the Boys: Always and Forever (2021).

The Kissing Booth is the story of Elle Evans and Lee Flynn, who are besties since the day they’re born. One of the rules of their strong friendship is never to date the other’s relatives, which Elle breaks when she ends up kissing Lee’s elder brother Noah during their school’s kissing booth fundraiser. The comedy that follows as the duo attempt to hid their romance is fun to watch with bae and your besties or even by yourself.

The second instalment in the franchise, The Kissing Booth 2, released in 2020. The third instalment of the Netflix original rom-com is currently in post-production and is scheduled for a 2021 release.

Brooks Rattigan, a high school senior, dreams of getting into Yale and hence agrees to be his classmate’s wealthy cousin’s Celia Lieberman boyfriend and take her to a party. Getting an idea from there, he launches an app where he makes himself available as the plus-one for all occasions when paid a certain fee. What follows is him ‘dating’ several girls but soon releasing his Celia is the best.

Sasha Tran and Marcus Kim are childhood friends who grow up next door to each other, but after Marcus’ mother’s death and the two having s*x in the back of his car, the two argue and shortly afterwards lose touch. Years later they meet, and after some disastrous and funny incidences, they romance blooms. You ought to watch this Netflix original rom-com with bae this Valentine’s

Sierra Burgess Is a Loser

Sierra Burgess is a smart high-schooler who isn’t popular or considered attractive. Comedy and drama follow in this film when Sierra’s popular classmate Veronica gives the not-so-popular girl’s number instead of her own to handsome football player Jamey.

Which Netflix original rom-com are you watching today? Let us know in the comments.

Must Read: Deadpool Completes 5 Years: Ryan Reynolds At His Comic Best As He Shares A Fake Letter Response To The Fan

The post Valentine’s Day 2021: The Kissing Booth To All The Boys I’ve Loved Before – 5 Netflix Original Rom-Coms To Watch With Bae Today appeared first on Koimoi.

Valentine’s Day 2021: The Kissing Booth To All The Boys I’ve Loved Before – 5 Netflix Original Rom-Coms To Watch With Bae Today