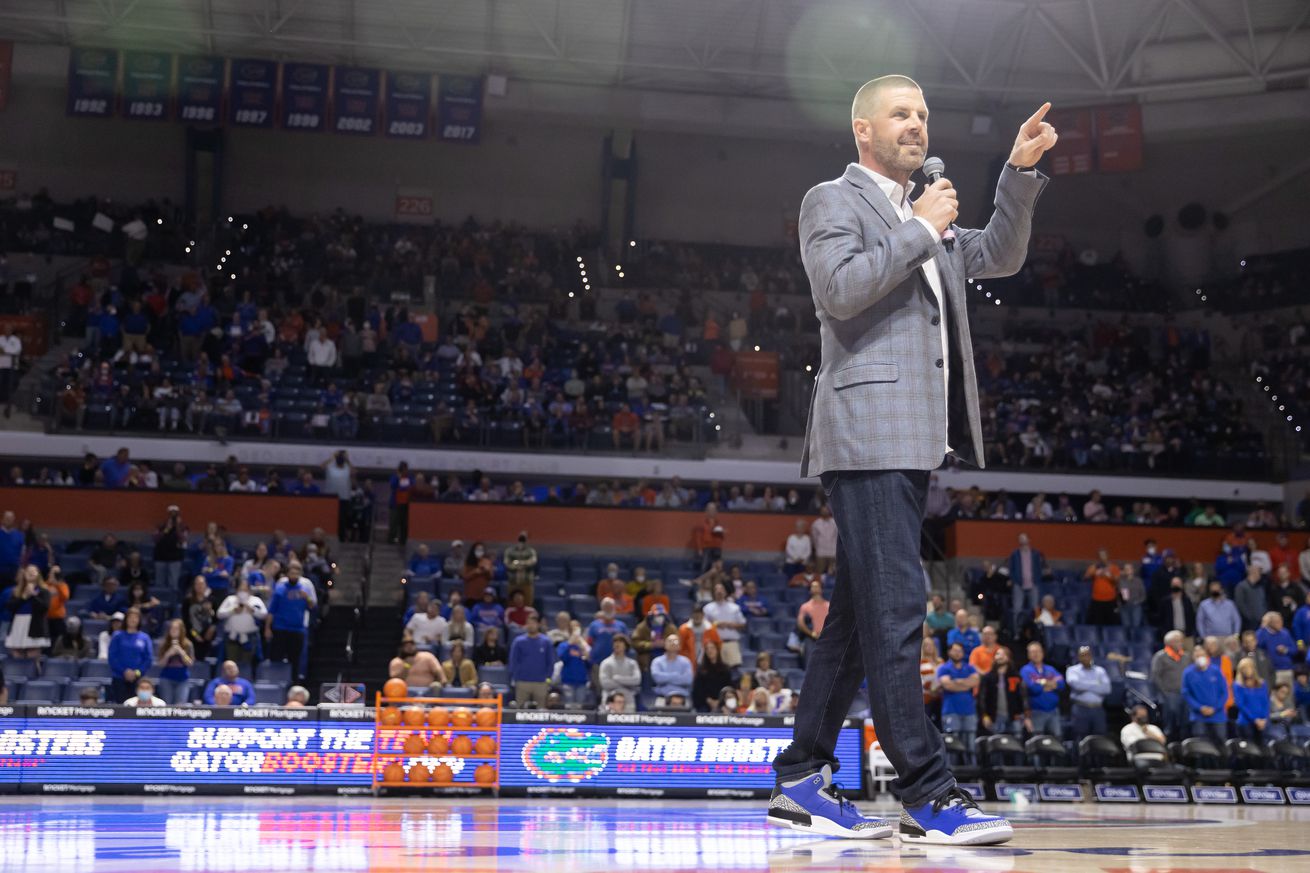 If you wanted breaking news? Sorry. But Florida’s coach left plenty for fans to gnaw on.

When Florida originally announced earlier this week that Billy Napier would hold a press conference at 11:30 a.m. on Friday, speculation that he would be announcing the final hires for his first Gators coaching staff began almost immediately.

And if that wasn’t going to happen, well, surely the coach whose support staff hirings have become nearly a daily drip of information for fans to subsist on would have some other juicy morsels to sustain interest in the Gators, right?

But while Napier didn’t exactly throw the party of the century in presser form during his lunch hour, he did further explain his football philosophy, speak about Corey Raymond and Emory Jones, and generally give off the vibe that he’s going to keep plugging away at the work of making the Gators championship contenders once more.

Personally, I don’t know that I learned all that much from this, as Napier has played with his cards face-up in most interactions with media and dating back to his time at Louisiana and has outlined his approaches repeatedly — but I also don’t think Napier is talking to me or any person likely to take in information, witticisms, and vision statements as he drawls them and withhold judgment. To me, he’s more like a confident preacher, one who isn’t much for prosetylizing in public but knows he’s got a flock of the converted to maintain and a flock of non-believers to convince through action and not words.

To that end, the one line that might last from this presser — “Vision without action is a dream,” a phrase Napier is borrowing from some guy who may have borrowed it from a slightly more famous other guy — reveals what everyone should know: Napier can talk as good (or bad!) a game as he wants right now, but it’s his day-to-day work, and especially his team’s results on fall Saturdays, that will matter most.