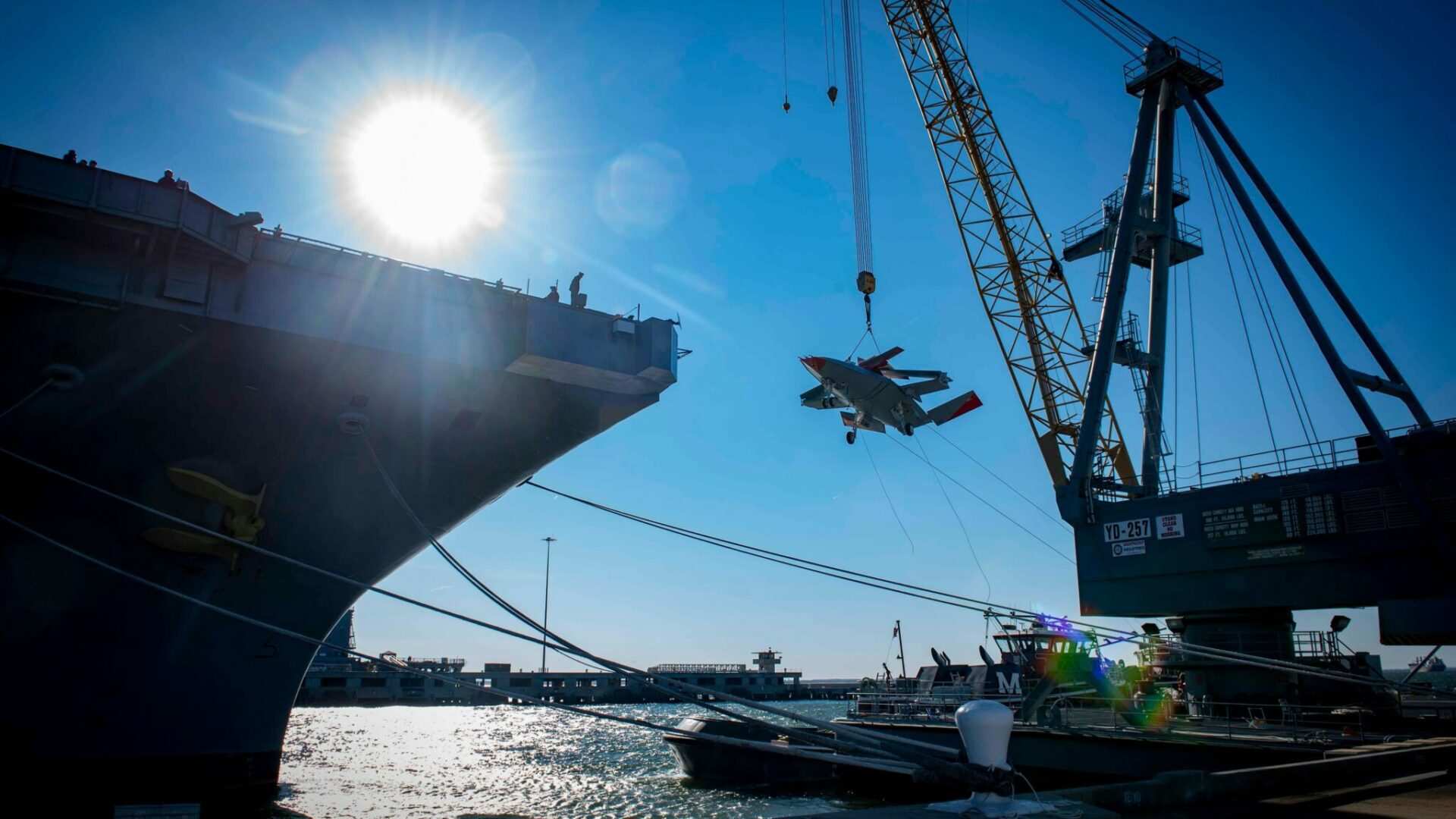 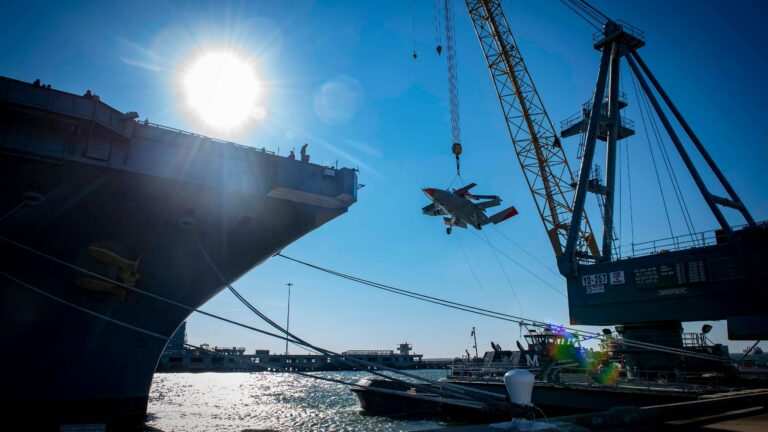 Aircraft carrier flight decks are busy places with no margin for mistakes, so to make sure a new drone designed to refuel aircraft in flight won’t get in the way, the Navy’s been running tests on USS George H.W. Bush as it operates in the Atlantic.

The 50-foot-long MQ-25 drone, which can fly 500 nautical miles carrying a load of 16,000 pounds of fuel, will be the world’s first operational, carrier-based unmanned aircraft.

Those included taxiing and parking on the flight deck, connecting to the catapult and clearing the landing area. MQ-25 “deck operators” used Boeing’s new Deck Control Device — basically, packs that operators carry on their backs and arms, to operate the drone.

As part of the testing, the Navy and experts from contractor Boeing Co. collected simulated launch and landing of the MQ-25 with the Joint Precision Landing System, a new software-based navigation and approach landing series.

The system automates much of the fancy stick and throttle work, pilots testing and certifying on it during spring flight operations on USS Gerald R. Ford have said.

The simulations on the Bush will help refine the system’s software for MQ-25 operations, with critical data on how motions of a carrier affect landings.

“There is no better way to determine the success of a carrier aircraft design and its integration into the air wing than to put that new aircraft through testing at sea,” said Capt. Chad Reed, Unmanned Carrier Aviation program manager.

“Our initial look at taxi operations on the flight deck successfully demonstrated the MQ-25′s ability to maneuver just like a manned aircraft in the shipboard environment.”

The MQ-25 completed its first aerial refueling this past summer.

The Navy says the MQ-25 will be an important part of future carrier air wings, by providing an aerial refueling capability that will extend the range of air wing aircraft. Carrier air wings do not currently include tanker aircraft, so when they do refuel, as USS Dwight D. Eisenhower’s air wing did when providing air cover for the withdrawal from Afghanistan, they have to coordinate with land-based tankers.

During its recent exercises in the Atlantic, the Bush also launched and landed F-35s, still a fairly new operation for U.S. Navy carriers.