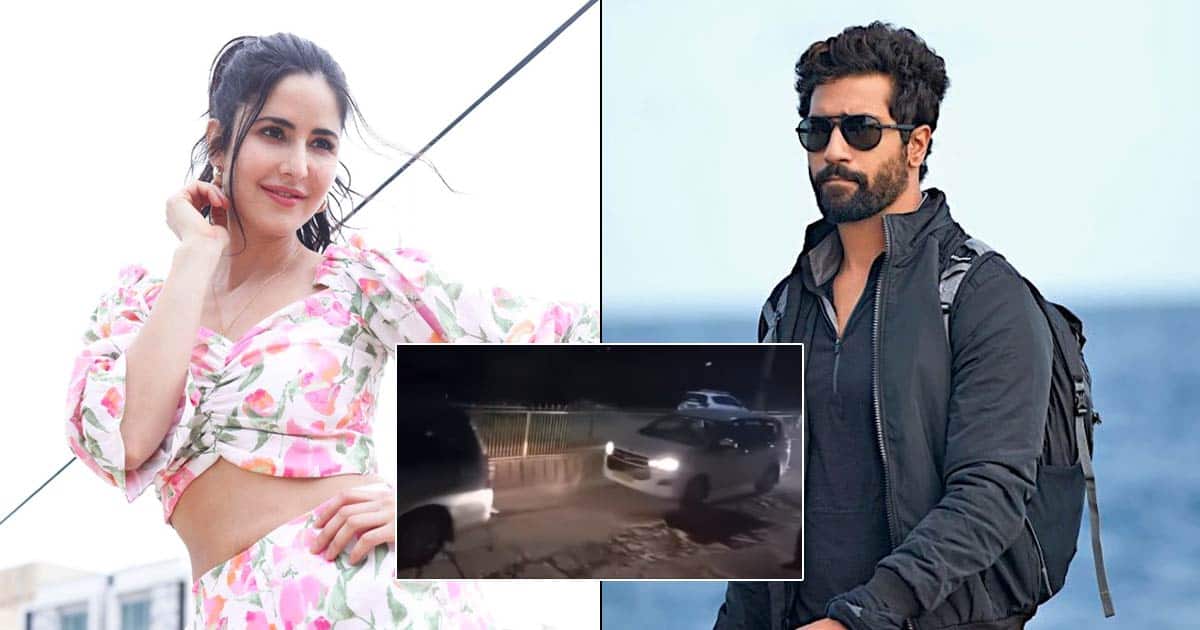 Vicky Kaushal and Katrina Kaif are all that the showbiz is currently talking about. It’s official as the duo has stopped running away from the cameras. They waved at the paps before heading to Jaipur last night. But what happened on arrival was rather luxurious. Read on for details.

As most witnessed, Katrina’s family and relatives had left for Jaipur in the afternoon itself. They were even captured by the media in the arrival city. Later in the evening, the ZNMD actress was spotted in yellow ethnic wear as she was heading to the airport. Vicky, on the other hand, opted for a printed shirt and trousers.

A video is now going viral where Vicky Kaushal, Katrina Kaif and their close family members could be seen leaving for Six Senses Fort from the airport. Not one or two, but as many as 15 cars have been deployed at their service. Yes, you heard that right!

Salman Khan Is Not Attending Vicky Kaushal, Katrina Kaif’s Wedding & This Is The Actual Reason?

One could witness cars moving one by one from the airport. It indeed looks like a sequence from some movie. Katrina Kaif & Vicky Kaushal truly made it filmy!

Meanwhile, a lot is being speculated about the guest list. It is said that around 120 fully vaccinated people will be a part of the celebrations.

Kabir Khan, Mini Mathur, Neha Dhupia along with their families were seen jetting off to be a part of the celebrations today morning.

Karan Johar, Varun Dhawan, Alia Bhatt, Anushka Sharma, Hrithik Roshan, Shah Rukh Khan are amongst others who will reportedly be a part of the wedding.

Many speculations were going around Salman Khan gracing the occasion but the actor will most probably be out of the country for the Da-bangg tour!

Must Read: Sara Ali Khan On Working With Rohit Shetty, Imtiaz Ali & Aanand L Rai: “I Haven’t Chosen Them, They Have Chosen Me”