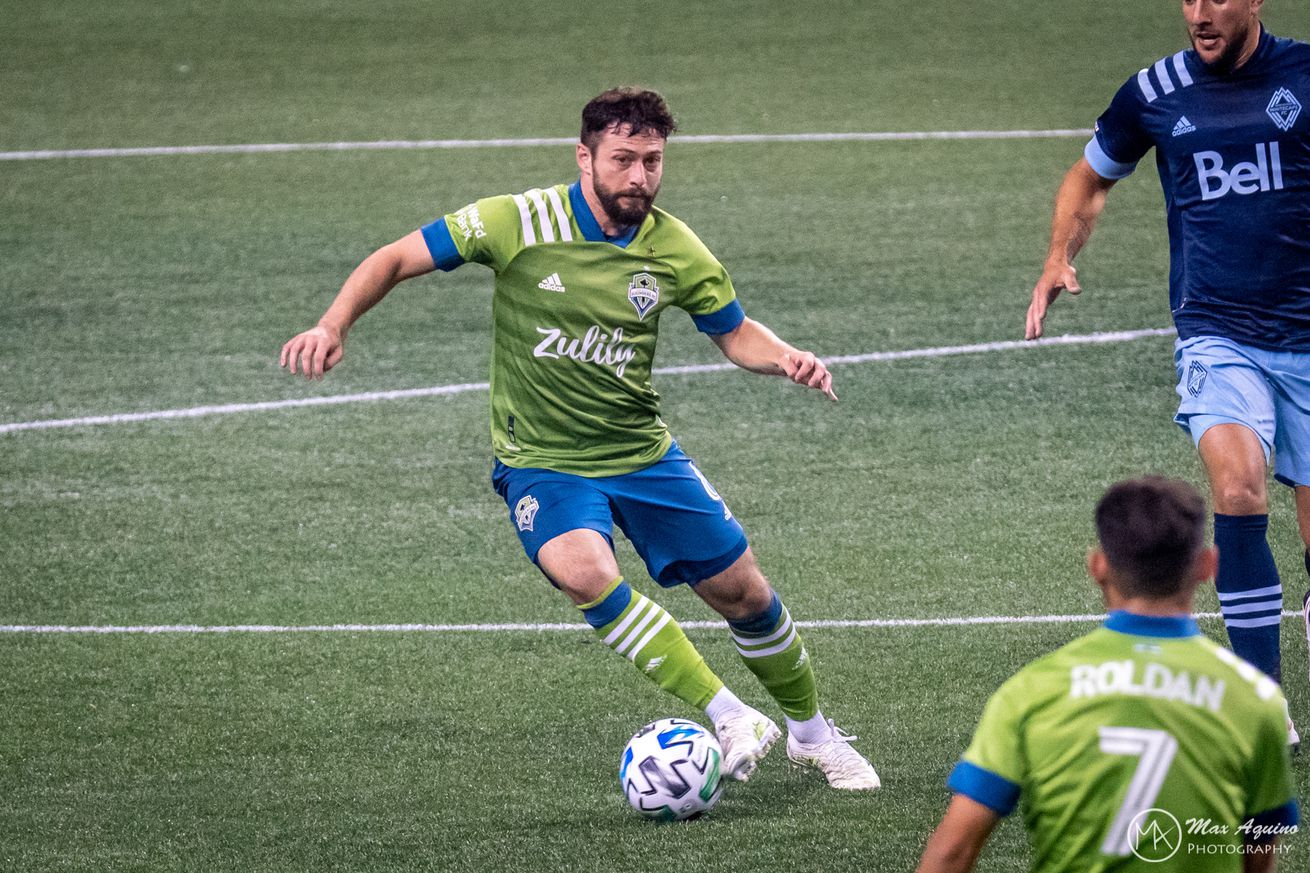 The midfielder is signed with the Rave Green through 2023.

A key component of the Seattle Sounders midfield will be back in 2021, securing the team’s spine for at least the next couple seasons. The Sounders officially completed João Paulo’s transfer from Brazilian club Botafogo on Jan. 21, paying a reported fee of about $1 million and signing him through the 2023 season. João Paulo was on loan last year, for which the Sounders paid a reported fee of about $1.2 million.

“I am pleased to bring a player of João Paulo’s caliber back to Seattle after an impressive first season,” said Sounders FC General Manager & President of Soccer Garth Lagerwey. “He’s a player who brings a lot of positive things to our squad, on and off the field. We feel confident that JP, Nico Lodeiro and Raúl Ruidíaz filling our Designated Player slots puts us in a good position to win in 2021.”

By most accounts, João Paulo was not the Sounders’ top choice as a defensive midfielder. Rumors were rampant that they had first tried to sign Gregore, another Brazilian. All things considered, João Paulo may have been the better signing.

Not only was he considerably cheaper — and might not be locked into a DP spot for the entire term of his three-year contract — but his versatility was invaluable. He was able to play all three central midfield spots, capably filling in as a No. 10 early in the season, sliding into the No. 8 spot when deployed alongside Gustav Svensson and sitting deeper when Cristian Roldan was there. At his best, João Paulo was a capable defensive shield for the centerbacks and a deep-lying playmaker who allowed the more offensive players to stay higher up the pitch.

“João Paulo is a skilled, composed player who was integral to our success last season,” said Sounders FC Head Coach Brian Schmetzer. “I’m pleased to have him back on the pitch with us in 2021 and look forward to what he can help us accomplish.”

In addition to his four goals and six assists in all competitions, American Soccer Analysis credited João Paulo with 1.39 goals added over the course of the season. That was the second-best total on the Sounders — behind league-leader Jordan Morris — and 23rd overall in the league. Goals-added theoretically accounts for all actions a player makes on both sides of the ball.

He was also credited with .30 goal-creating-actions per 90 minutes — which puts him on par with players like Darlington Nagbe (also .30) — and was seventh in the league in progressive passes, while ranking sixth in total tackles (62) and seventh in tackles+interceptions (81). No other player in the league ranked among the top 10 in both progressive passing and tackles.