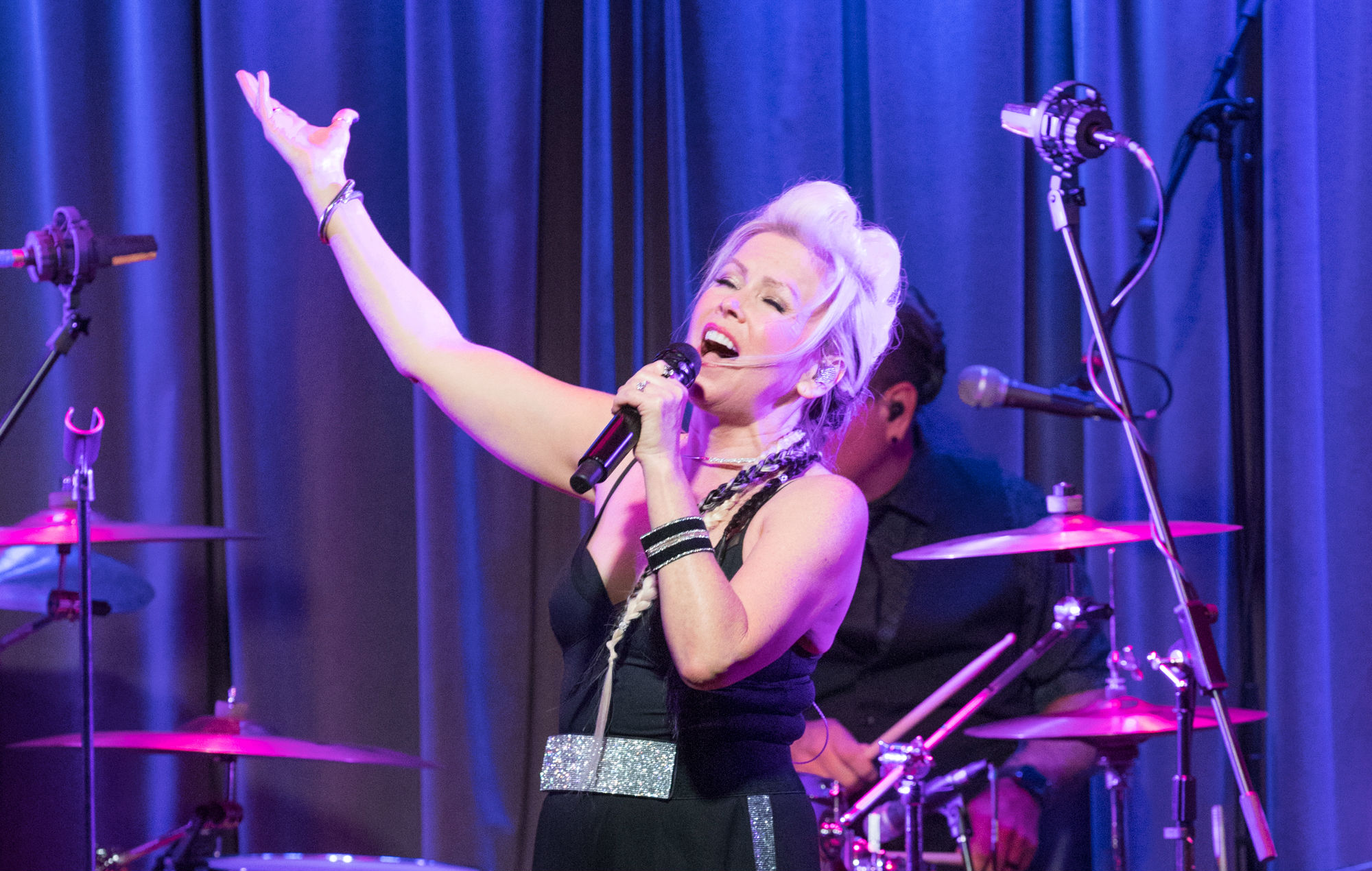 Berlin singer Terri Nunn has issued an apology after facing criticism for playing at a New Year’s Eve party that was hosted at Donald Trump’s Mar-a-Lago resort in Florida last week.

The December 31 event has subsequently come under fire after videos from the night emerged showing the largely maskless crowd not socially distancing and failing to abide by coronavirus protocols. Trump himself was not in attendance at the event, although some of his children were present.

Nunn was among the live performers at the NYE event alongside Taylor Dayne, Vanilla Ice and the touring edition of the Beach Boys. Writing on Berlin’s official Facebook account on Monday (January 4), the singer said she was “truly sorry” for performing at Mar-a-Lago and said that she wouldn’t have played at the event “if I’d known what I learned while I was there”.

“My goal in performing was not to support a political party. I see now that that’s not the way it appeared and I am apologetic for that as well,” Nunn added.

The singer continued by explaining that her performance contract stated that the NYE event would be “a small Covid-safe event for the members of Mar-a-Lago”.

I am truly sorry I performed at Mar-a-Lago and would not have done so if I'd known what I learned while I was there. My…

“Unfortunately it was not Covid-safe anywhere in Florida,” she said. “I had no idea masks and social distancing were not required. I thought I was current on all Covid news everywhere, but clearly I was not.”

Nunn said she was “shocked by Florida and Mar-a-Lago’s lack of regard for the pandemic and if I’d known I would never have gone”.

“Once I fulfilled my contractual obligation, I left the event as quickly as I could. It is a mistake I regret. I took a Covid-19 test yesterday and tested negative.”

Nunn concluded by apologising “to those in the LGBTQ community who thought my performance was a statement against them. I have been and always will be fully supportive”.

A number of news outlets have reported that "Berlin" played Mar-a-Lago for NYE. I want to make clear that I was not at this show, nor did I ever plan to attend. I spent the evening at my home in #Truckee. Happy new year everyone! -David

Nunn’s Berlin bandmate David Diamond issued a statement over the weekend clarifying that the singer’s performance at the NYE event was officially a solo show, and that he didn’t “ever plan to attend”.

Last month David Byrne shared his hopes for a post-Donald Trump America with NME, though he also cautioned that it is “too early to celebrate”.