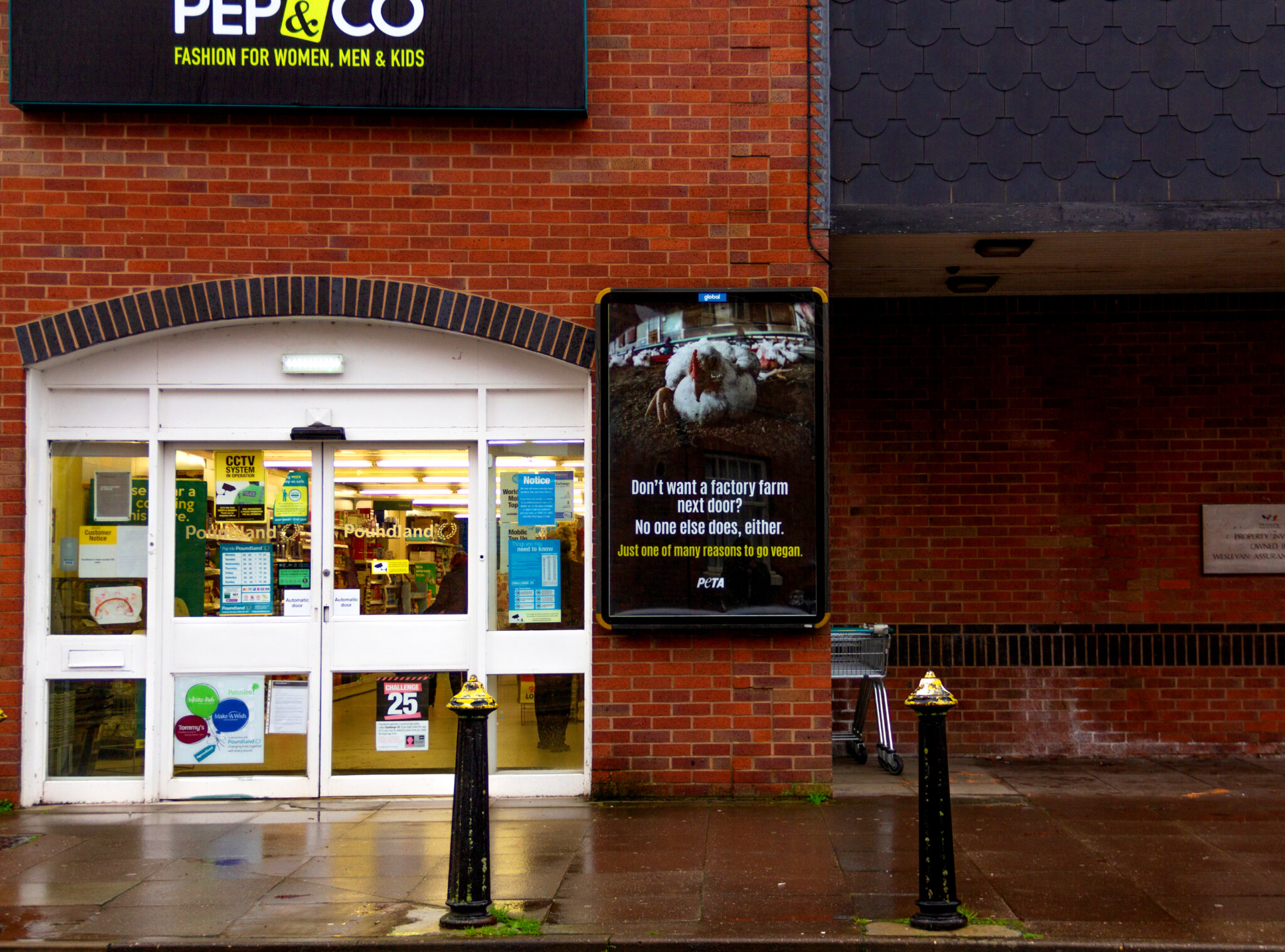 As Powys County Council has come under fire from local residents for “rubber-stamping” planning applications for intensive chicken farms, PETA has blitzed the area – known as the “poultry capital of Wales” – with ads.

The ads point out that no one wants to live next to – or in – these wretched operations and that the only sure-fire way to get rid of them is to go vegan. 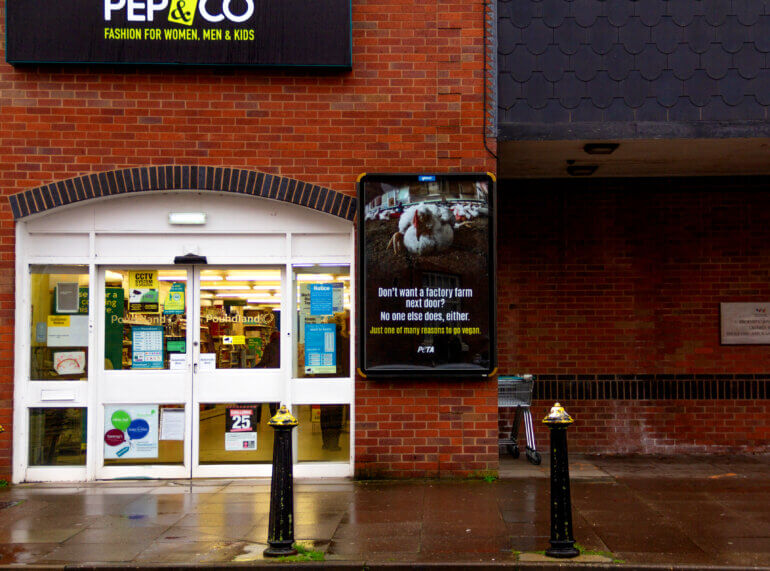 There are an estimated 10 million chickens on just 200 farms in Powys. More than 130 applications for industrial-scale chicken farms have been made to Powys County Council in the last five years, and almost all of them have been approved.

Chickens raised for their flesh are farmed more intensively than any other land animal. Newly hatched chicks are packed into huge, dusty, windowless sheds with 30,000 or more other birds – who are all bred and fed to have such large upper bodies that they can barely support their own weight.

At the end of this miserable life, they’re sent to slaughter without ever having roosted in a tree, taken a dust bath, interacted with their parents, or done any of the other things that are natural and important to chickens. They’re roughly shoved into crates and driven to the abattoir, where they’re shackled by their legs and hung upside down.

Their heads are plunged into an electric water bath that is supposed to stun them before their throats are cut – but this doesn’t always work, and the birds sometimes regain consciousness as they bleed to death or are plunged into tanks filled with scalding-hot water.

And these birds are typically just babies when they’re killed, as many reach what the industry deems “slaughter weight” at only 41 days old.

There’s no need for us to eat the flesh of other animals. There are so many delicious plant-based options available that going vegan is now easier than ever.

Take our 30-day vegan pledge and we’ll guide you through the transition to a compassionate lifestyle. We’ll give you tips, recipes, and insight to help you on your vegan journey. What are you waiting for? 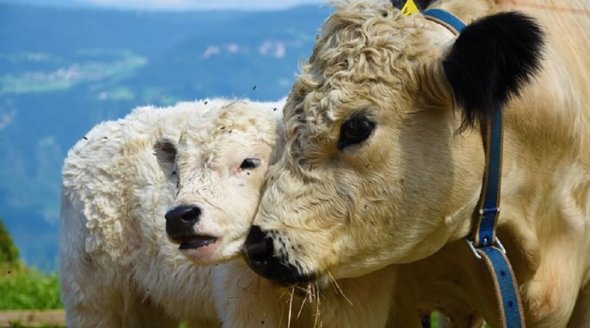