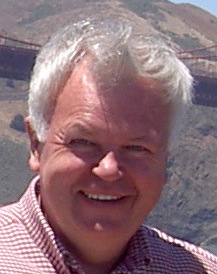 NaturalGasNOW: Our Favorite Guest Posts After Well Over 2 Million Views!

Earlier this year NaturalGasNOW crossed the 2 million mark in page views since we began this blog. We give thanks for you, our wonderful readers, today!

Thank you NaturalGasNOW readers! We are blessed to have so many of you! Earlier this year we achieved 2 million page views to date and are getting stronger every day! We will be at almost 2.5 million by the end of the year, in fact. One of the reasons is our NaturalGasNOW guest bloggers who produce some of the best stuff imaginable. So, today we honor them by promoting just a few of my own favorite guest posts.

We’re not going to rank them because they’re all good but here are some outstanding examples of what our guest bloggers have offered over the years:

Maria Turconi, then an External Affairs Intern with Cabot Oil and Gas, achieved a remarkable feat in 2014. She produced a fantastic post about hilarious oil and gas lingo that has achieved almost 28,000 page views as I write this. It gets new views every single day. If you like it, you’ll find more here and here. Learn all about pig launchers, horseheads, dog houses and much, much more. Maria is a fabulous writer and captured the humor of the industry in her extremely popular post. Enjoy!

Why Upstate New York Feels Unwelcome in its Own State

Chris Denton, an attorney from Elmira, New York, also hit a home run by simply replying to a snotty editorial in the New York Daily News, a once great newspaper that has descended into hating Upstate and anyone else who doesn’t subscribe to the naive, uneducated views of Big Apple residents who believe they should be allowed to tell us how to live as we produce their food and energy. Chris very effectively rebuts the condescension with a few facts of life every city kid should know.

How Much Is A Million Gallons of Water?

Fractivists love to talk about the amount of water used in fracking, ignoring the fact combustion of gas produces water and emphasizing the “millions,” but how much is a million gallons of water, really? Betty Sutliff answers that question in the way only a great retired schoolteacher could; with illustrations and very effective explanations. It’s crucially important because, as she says, “one million seems like a huge and hard number to grasp, not only for nine and ten year olds, but apparently for fractivists, too.”

Decline curves are not well understood and, therefore, are a ripe target for fractivists intent upon distorting the economics of shale gas development. So, our buddy, Chris Acker, from Susquehanna County does some teaching of his own. What are decline curves? What do they really mean? Are they important and why should you care? Often the term “decline curve” is bandied about with limited understanding of its meaning or implications. Chris defines, highlight and explains in a way we can all grasp.

Time for Tiramisu: Conventional vs. Unconventional

Jim Scherrer of Scherrer Resources, Inc. in Exton, Pennsylvania developed a fantastic illustration much in use today that I’m proud to say we publicized long ago. The difference between conventional and unconventional drilling for gas and oil is akin to the difference between a jelly donut and tiramisu. Oil and gas drillers continuously innovate. The revolutionary technique to drill horizontally along the rock formation has come to be known as “unconventional” drilling, although it’s become the conventional method of natural gas development today with the shale revolution. Jim cleverly explains.

NaturalGasNOW: Our Favorite Guest Posts After Well Over 2 Million Views!