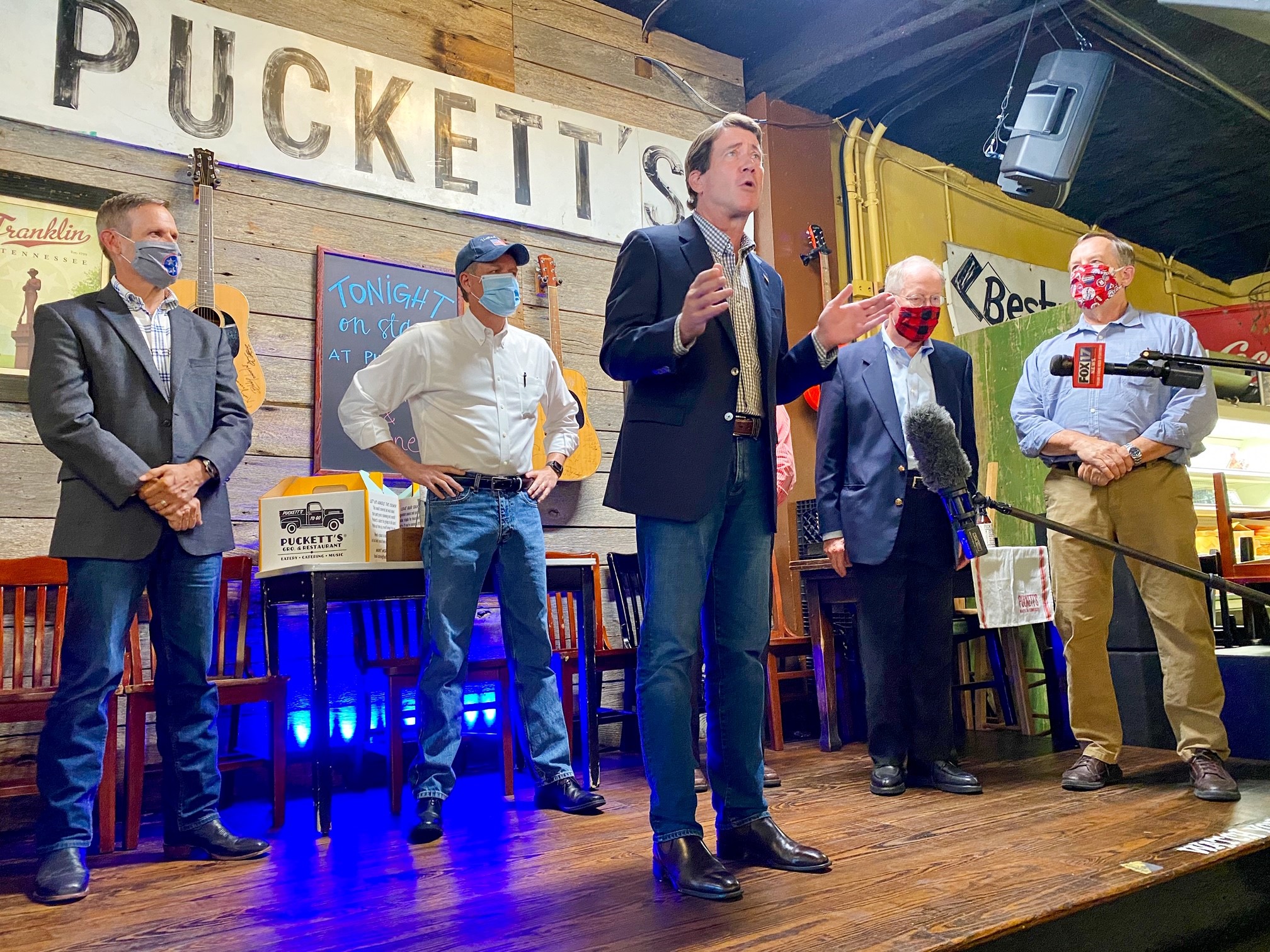 Hagerty gets Right to Life endorsement

The National Right to Life Committee has endorsed U.S. Senate candidate Bill Hagerty following his Republican primary win last week. The move comes as a bit of a surprise because Hagerty has expressed support for keeping access to abortions to women who are victims of incest or rape and for mothers whose pregnancies put their lives in danger. A similar position by U.S. Sen. Marsha Blackburn has long kept the Brentwood Republican from gaining the Right to Life endorsement.

Here’s the release from the Hagerty campaign:

“As a Christian conservative and a father of four children, I know just how precious the right to life is, and I am humbled to have the support of the National Right to Life Committee,” said Bill Hagerty. “Radical Democrats, led by Chuck Schumer, Nancy Pelosi, and Joe Biden, seek to implement their socialist agenda that includes abortion funded by taxpayers for any reason up to and even after the moment of birth. As your Senator, I will be a voice for the voiceless, fight for pro-life legislation including the Pain-Capable Unborn Child Protection Act, and work to defund Planned Parenthood once and for all.”

“National Right to Life is pleased to endorse Bill Hagerty for election to the U.S. Senate, to represent the state of Tennessee,” said Carol Tobias, National Right to Life Committee President. “Bill is a strong advocate for life. All Tennessee voters who are concerned with the right to life and with the protection of the most vulnerable members of the human family should vote to send Bill to the Senate, so that he can work to advance vital pro-life public policies.”

The post Hagerty gets Right to Life endorsement appeared first on TNJ.

Hagerty gets Right to Life endorsement