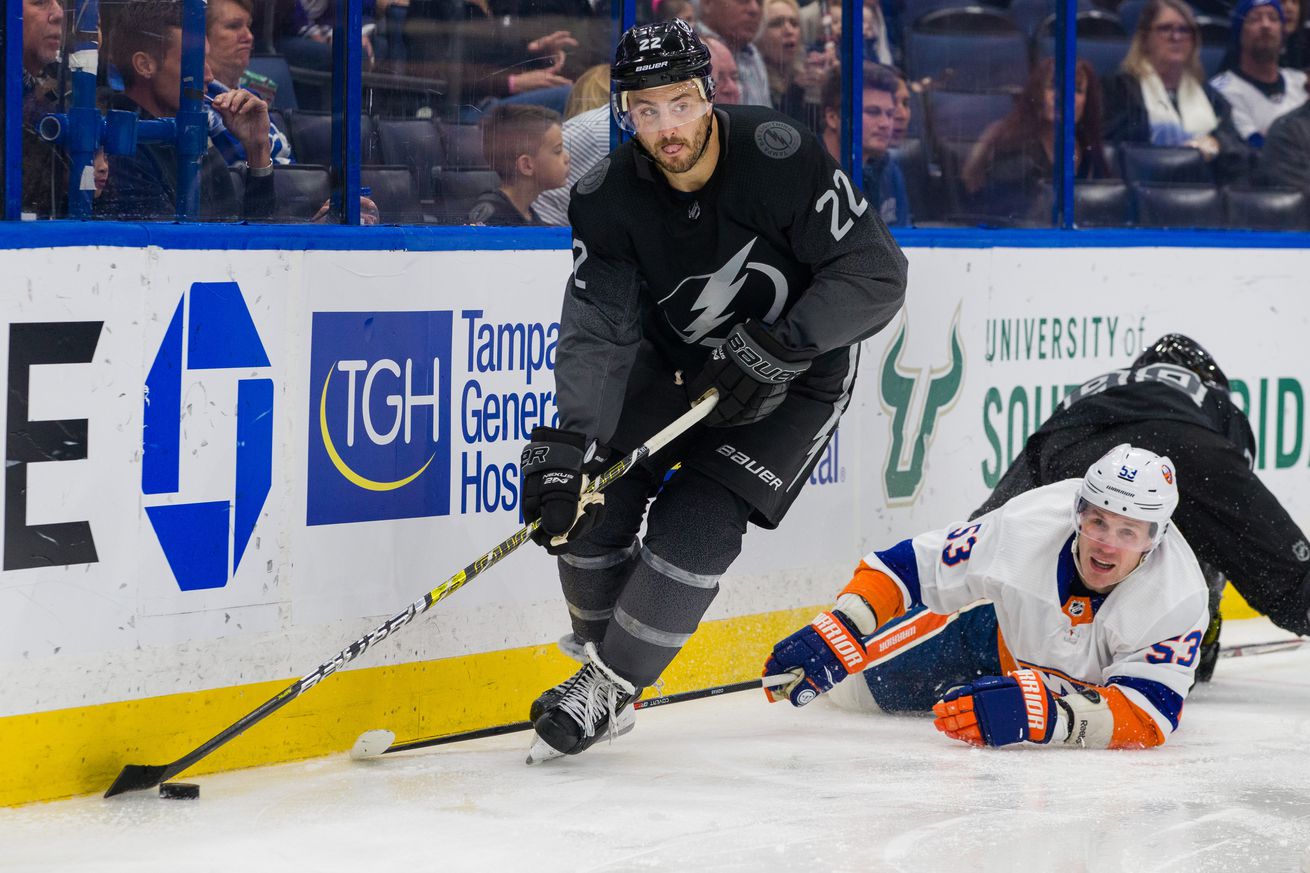 A high-powered offense vs. a solid defense could be the match-up the Lightning need to start their playoff run.

One of the intriguing things about this season’s playoffs is that once the play-in round is done, all the teams are going to be reseeded. That means the Tampa Bay Lightning can play any of the eight teams competing in the play-in round. Since the league didn’t respond to our idea of letting the higher seeds pick their opponent, we’re going to point out why the Lightning should want to play any of them.

Bulletin board material? Sure. Will opposing fans throw this in our faces should the Lightning somehow lose against their team? Probably. Possible jinx? If we believed in things like that. A little bit of fun as we wait for their opponent? Definitely.

Why the Lightning want to see them in the first round

Past performance may not dictate future success, but oh my do the Lightning have a pretty good record against the Islanders in the postseason. They’ve met up twice and the Lightning have steamrolled the series both times, ending both match-ups in just five games.

After the Islanders shut out the Lightning in the first game in the 2004 match-up, Nikolai Khabibulin rolled off three straight shutouts of his own. Marty St. Louis wrapped up the series with an overtime goal in game five to propel the team on its way to the Stanley Cup.

In 2016, the Islanders, hopped up on adrenaline from their electrifying first round win over the Panthers, took the first game 5-3. The Lightning rebounded to take the next four games (including two in overtime) before Ben Bishop pitched a shutout in game five to end the series.

That’s all in the distant past. So why would the Lightning like to see the Islanders in the first round this year? Frankly, the Bolts are a better team. While the Islanders have a decent first line, they can’t roll three deep like Tampa Bay is able to. They did pick up J.G. Pageau at the deadline which solidified their center play, but on paper the Lightning can just generate more offense.

It’ll be a good test to see if the Lightning learned their lesson from last season’s playoffs. While they have the better offense, they won’t be able to throw their sticks on the ice and score at will. The Islanders will be a tough test to see if they’re ready for playoff hockey after a four month layoff.

New York finished the regular season with a 35-23-10 record, which was good enough for sixth in the Metro division. They were only a point behind the Carolina Hurricanes and the Columbus Blue Jackets (with two games in hand on Columbus). For most of the season they seemed to be comfortably to a playoff spot and then the wheels came flying off.

The Pause came at a great time for them as they had lost seven games in a row and 11 of their last 13. Four of the losses had come in OT or a shootout so they were clinging to life courtesy of the Bettman point.

As mentioned 22-year-old Mathew Barzal was their leading point getter with 60. Brock Nelson led the way with 24 goals while Anders Lee chipped in 20. Offense was not their strong suit. Their 2.68 goals per game was tied with Ottawa for a lackluster 24th in the league.

On the other hand their 2.79 goals allowed per game was ninth in the league. The defense led by Nick Leddy helped Semyon Varlamov put up decent numbers between the pipes in his first year with the Islanders.

The two losses were relatively early in the season and both epitomized the early struggles the Lightning had in November and December. They would play alright, but soft goals and bad penalties at key moments doomed their efforts. As loserpoints wrote following the December 9th loss:

“I’m so tired of watching and writing about these types of games. At some point, this team has to get some saves. It doesn’t really matter what you do, if you’re giving up three goals above expected, you’re not winning. This game was unique in that the offense also underperformed making it doubly frustrating.”

Following that December loss, the Lightning started to find their game and eventually buzz sawed their way through January and February, the February 8th win was the sixth win in a row and part of a stretch where they picked up points in 24 of 26 games.

The Lightning controlled the offense for the majority of the series, garnering 56.9% of the shot attempts at 5v5 and generating 144 shots for at even strength. New York did kill off all seven power plays that the Lightning had in the three game series which isn’t a great look for an offense as lethal as Tampa Bay’s.

How things could go sideways

Barry Trotz is the coach. He’s pretty decent at the whole head coach thing. Lightning fans may remember him being behind the bench for the Capitals in the 2018 playoffs. You know, the one where the Lightning couldn’t find the back of the net for games six and seven?

If the power play falters again and Andrei Vasilevskiy reverts to his early season form the Islanders might have a chance. They aren’t going to be an easy team to play. Their focus will be on making the Lightning work for their offense and hoping to catch them in counterattacks or winning the special teams battles. If Tampa Bay isn’t able to figure out how to grind out goals, it could be a long, ugly series.

Why mess with history? Lightning take the series in five games.