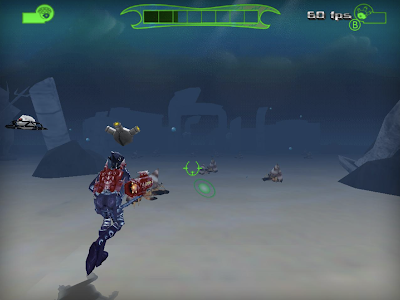 It's 2020 - hurrah! We made it all the way to another decade as a fully functioning species on this so very fragile planet we call home. But enough about that communist nonsense. You came here to read about the greatest home console released in 1998 and then again in 1999, and more specifically new vidya gaemz set to be released on said ageing hardware at the dawn of this new decade. I realise that last sentence is really quite cumbersome and uncomfortable to read, and if I were a proper 'games journo' I'd probably restructure it and make it a bit easier to mentally digest. But I'm not a proper games journo, and besides, if I were I wouldn't be writing about something as idiotic as games; I'd be on social media posting the hottest of takes and having arguments with random people about Star Wars and politics. But I digress. 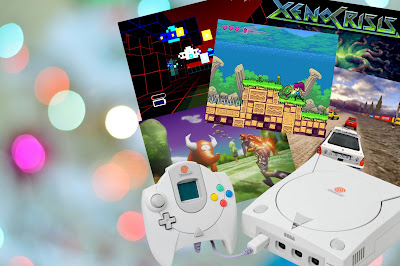 So here we are then. The Dreamcast has celebrated its twentieth year as a thing (or twenty first, if you happen to live in Japan), and yet we are still looking at even more brand new software releases over the next 12 months. Granted, the steady stream of releases is slowing somewhat, but that the Dreamcast community still has new titles to look forward to is nothing short of amazing. And we aren't talking about homebrew releases either (not that there's anything wrong with homebrew, of course). We're talking proper, boxed retail releases with manuals and cases and discs and everything. Will the Dreamcast enjoy more physical releases than the Nintendo Switch this year? Only time will tell, but here's a hint: it won't. But again, I digress.

Enough of this pointless preamble. Here's a brief run down of all the games we know of (so far) that are heading to a Dreamcast GD-ROM drive near you in 2020...

Xeno Crisis (Bitmap Bureau)
Xeno Crisis wowed gamers on both the Mega Drive and modern platforms when it released in late 2019. Bitmap Bureau's successful Kickstarter campaign resulted in this rather brilliant homage to retro shooters like Smash TV bringing some proper old-skool top-down arcade action back to TV (and Switch) screens, and the Dreamcast version was added as a stretch goal. Luckily, enough people wanted a version for Sega's old warhorse that this became a reality and Xeno Crisis is set to hit the Dreamcast some time in early 2020. 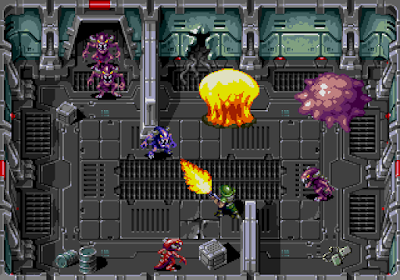 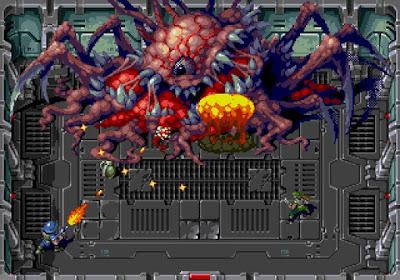 There's no definite release date as yet, but Bitmap Bureau assures us that it is coming along nicely and everything is up and running on actual Dreamcast hardware, and there's even going to be support for the Dreamcast Twin Stick. Which is good news for all nine people who own one. I have played the Switch version of the game and I must say that it is a really enjoyable and polished homage to the shooters of yesteryear, with some great humour and nods to the sci-fi movies it clearly takes inspiration from.

Arcade Racing Legends (PixelHeart)
The second fully 3D indie racing game to hit the Dreamcast after 2017's rather impressive 4x4 Jam, Arcade Racing Legends looks to pay respects to some of the most iconic vehicles from Sega's arcade heritage and bring them all together in one place. It's a nice idea, and one I'm surprised Sega hasn't capitalised on itself. What this means is that you can pit the iconic vehicles from Daytona (Hornet), Sega Rally (Lancia Delta and Toyota Celica), Scud Race (Porsche), Crazy Taxi (Axel's Cadillac) and other well known franchises against each other across a range of original tracks. 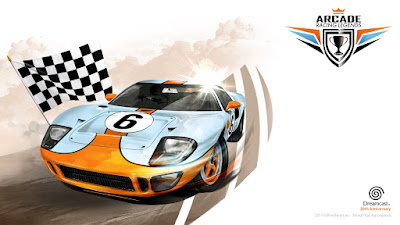 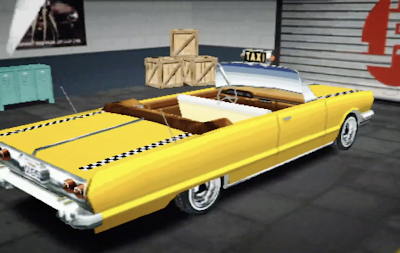 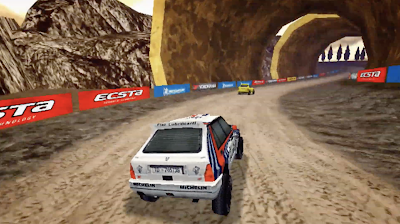 Like most of the other titles listed here, Arcade Racing Legends is the result of a successful Kickstarter campaign (my colleague Mike Phelan wrote an impressively detailed article about this here), and while the campaign page states that the game would ship in December 2019, this doesn't appear to have happened just yet. As a big fan of racing games, I'm hopeful that Arcade Racing Legends will live up to the promise, and add a new dimension to the stable of indie titles coming in 2020.

Intrepid Izzy (Senile Team)
With such iconic titles as Beat of Rage and Rush Rush Rally Racing already in their portfolio, you'd be daft not to have high hopes for Senile Team's latest Dreamcast offering Intrepid Izzy. The action platformer looks like a playable cartoon, with some very clean character designs and inventive gameplay elements. You play as the titular Izzy, ass-kicking her way through a number of 2D platform stages and engaging in light RPG elements. There's also a pretty cool move list implemented, meaning that traditional commands for executing fireballs and special attacks are seamlessly integrated into proceedings. 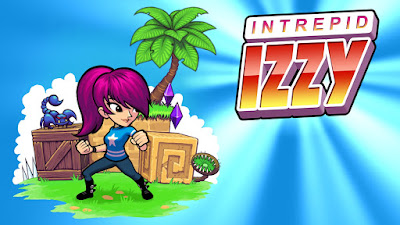 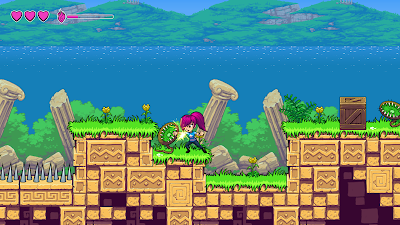 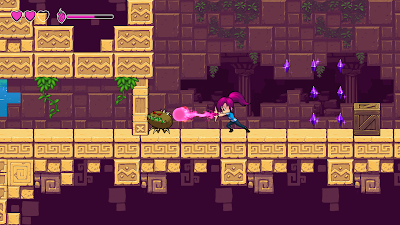 I've already had the pleasure of playing a demo version of Intrepid Izzy on the Dreamcast, and I really liked what I saw. Tight controls, great visuals, infectious music...all the right ingredients for another Dreamcast success methinks. Senile Team released an update on Kickstarter in late December 2019, in which it was revealed that the game will be entering testing very soon with a PC release to follow. There's no concrete date for the Dreamcast and PS4 versions, but rest assured they will both launch in 2020 and hopefully continue Senile Team's run of excellence on Sega's platform.

Xenocider (Retro Sumus)
Another title with 'Xeno' in the title? You bet your ass! Xenocider comes from Spanish developer Retro Sumus and we've covered it several times here at the Junkyard over the last few years. 2020 looks to be the year it hits though, and this cool-looking Space Harrier/Sin & Punishment homage looks like it's going to be a blast to play. You control lone cybernetic heroine Xara as she flies ever forward through a range of stages set in caves, swamps, cityscapes and underwater blasting swarms of alien enemies; all while a stupendous original soundtrack blasts from the speakers. 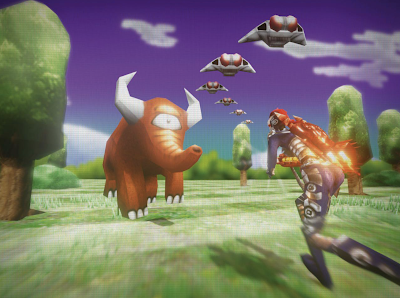 The amount of effort that has gone into Xenocider to create a brand new world, with its own unique aesthetic and feel is pretty staggering, especially when you consider the size of the team behind the game. As of December 2019, Retro Sumus put out a call for Kickstarter backers to volunteer as beta testers, so Xenocider looks like it could be landing on doormats in the very near future, and as someone who has closely monitored the development process ever since it was first announced back in 2016, I can't wait to finally be able to play the finished product.

Visit the Retro Sumus website to find out more.

Jay Townsend's SLaVE (GOAT Store Publishing)
It seems like forever and a day ago that we first learned of SLaVE, a Dreamcast exclusive first person shooter with puzzle elements and a distinct psychedelic visual style. Those who pre-ordered this game back in the mists of time will no doubt have seen the regular email updates from Dan Loosen, which periodically drop into inboxes to explain the constant delays. 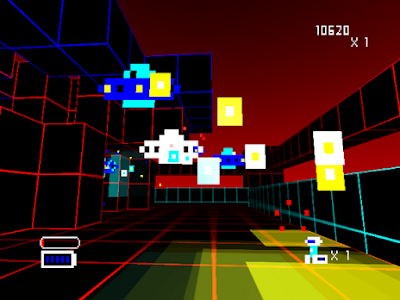 It seems that 2020 will probably be the year that the final version of SLaVE lands in Dreamcast disc drives though, as the last email update in September 2019 detailed that the game is close to final production:

"I realize that this has been an extremely long road, and I can assure you that there is no one more excited than us that the finishing line is within sight. For those of you that have stuck with us, you have no idea how much we appreciate the support. If there is anyone getting this email who dropped out, we still appreciate the support and we apologize for the length of time it took to finish. We've learned a ton with this project, and will do our best to not repeat the lengthy delays.

"So here's what the next steps on our end are - once we confirm we're gold, we contact the manufacturing plant and get in line for a production spot. The speed of production then depends on what else they have going. There are less plants that make CDs now than there were, so that time can vary. Because of this, production could take three months from the point they verify our gold copies to the point we get games in hand. The good news is when they verify the gold copies, we get an actual date that we should get the games from the manufacturer, and we'll share that ASAP after that."
- Dan Loosen, GOAT Store Publishing 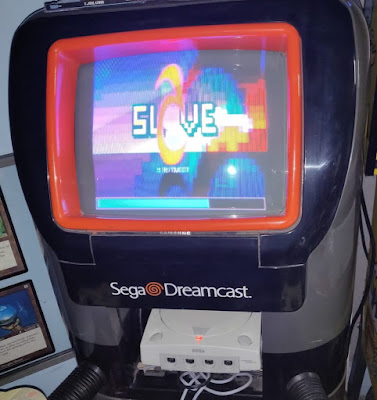 Interestingly the email also included a photo of SLaVE running on a Dreamcast (in a US kiosk, no less!), so that was encouraging. Will 2020 be the year that we find out whether the wait for SLaVE was worth it? I certainly hope so. But hey, what's another year when you've already waited this long?

Anything else?
There are several other games we haven't heard anything about in a really long time (and one which was put on indefinite hiatus in the form of Tanglewood), and while I'm still optimistic we might one day see them released in some form or another, whether they become additions to the Dreamcast library is another matter entirely. Elysian Shadows and Hypertension: Harmony of Darkness are two titles that immediately spring to mind. 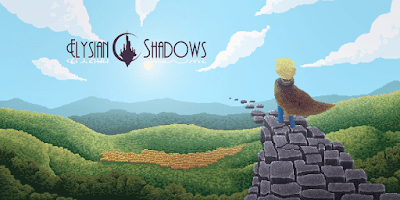 That said, there are some other interesting looking titles still very much in development (puzzle game Reaperi Cycle, and visual novel AMEBA for example); and it's almost a dead cert that JoshProd will be releasing more Dreamcast ports this year (Okinawa Rush...where are you?!). Either way though, what we do have are at least four new games (five if SLaVE makes it!) that span several genres and are guaranteed to see the light of day. 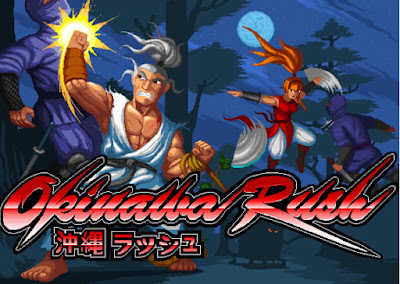 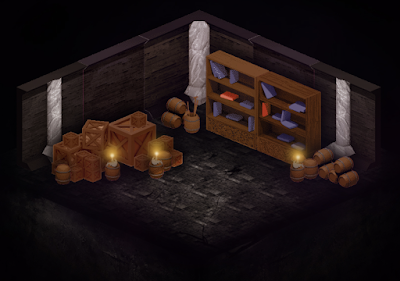 Which of these are you looking forward to? Have we missed any? Let us know in the comments, on Twitter or in our Facebook group.