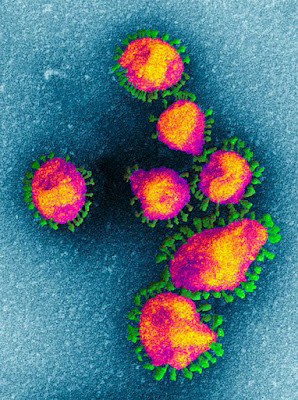 The Pandemic and Beyond

The past two weeks have been catastrophic for the American economy. Millions of jobs have been lost, at least for the duration of the coronavirus pandemic. We don't yet know when the economy will reopen. But there's a good chance it will never be quite the same.

Craft beer has, of course, been hard hit by social distancing and shelter in place directives. The closure of bars and pubs has sent owners and employees scrambling. I'm not sure how many people have been laid off in the Oregon beer industry. It's a big number.

Many of those people had jobs in pubs, bars, taprooms, etc. Deschutes laid off 300; McMenamin's 3,500. Anyone who follows the industry knows someone who was laid off or had their hours and/or pay reduced. Or maybe they weren't paid for work already done, as in the case of Brandon Easley. The money simply isn't flowing as it was a few weeks ago.

I've seen people whining about the layoff numbers. What were these companies supposed to do? If the United States had job saving programs like some European countries, people might have stayed in jobs, albeit with not much to do. Instead, they're collecting unemployment benefits. At least being laid off allowed for that.

I suspect the layoffs aren't over. On-premise sales are flat, something we haven't seen since Prohibition. Many breweries are holding onto to production staff to keep packaged beer flowing into distribution channels, or to sell on a to-go or delivery basis. But these are stopgap measures designed to keep places afloat, not a shift in how they hope to generate profits going forward.

As much as everyone is hoping for a fast recovery, it seems unlikely with the economy at large or craft beer. It's become obvious as we've stumbled through the pandemic that American small businesses are leveraged and lack the reserves to weather the economic jolt associated with this pandemic. They need a steady flow of inbound cash to stay viable and it isn't there.

Craft beer has its own problems. There are too many breweries and the market is saturated in many areas. A colleague told me he believes 20 percent of American craft breweries will fail as a result of the pandemic...roughly 1,600 breweries. I think that estimate is low. The pandemic is going to accentuate overcrowding and saturation issues, accelerating the failure rate.

We don't know when the social distancing and shelter in place directives will end. That's probably a month or two away. When they do end, everyone will start to dig out. As breweries ramp up production, they won't be doing so for a full complement of patrons. Why? Because people aren't going to immediately have disposable cash. This epidemic is an economic calamity.

Habits and attitudes are also going to be altered, just as they were by 9/11 and the Great Recession. How long will it take for confidence to return? When will people feel comfortable in group gatherings? Even when they can afford to do so, when will they flock back to bars, pubs and taprooms? My guess is that's going to take some time.

In fact, it's difficult to imagine what the post-pandemic economy looks like. We won't truly begin to assess the event's downstream impact until we reach the other side. But it's going to be a tough slog for everyone when restrictions end. Craft beer is far from immune. That's how serious this is.

The Pandemic and Beyond