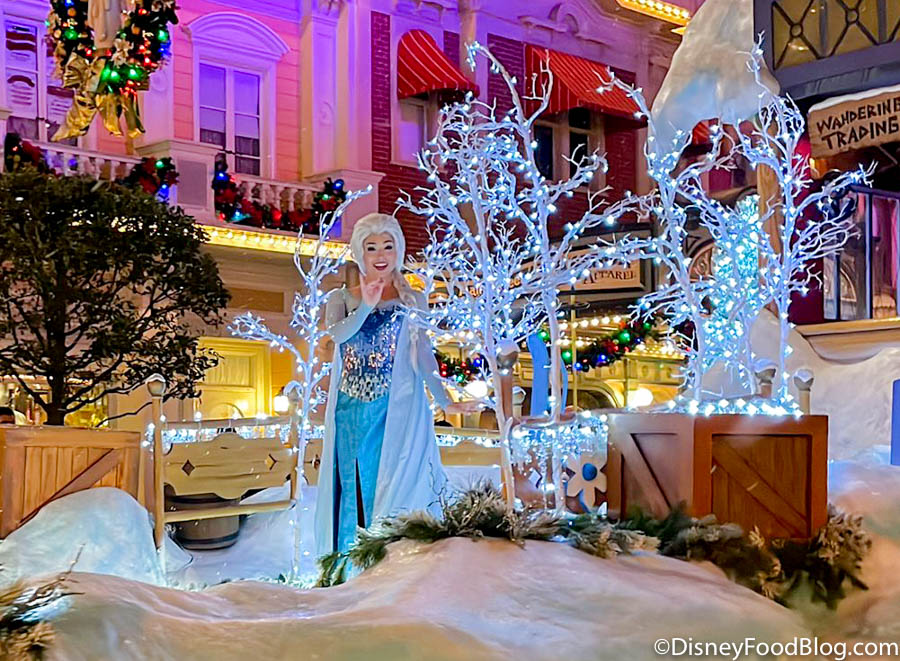 Warning: This Olaf Content May Be Sensitive for Some Viewers

Since the movie Frozen came out, it’s become very popular in Disney World! 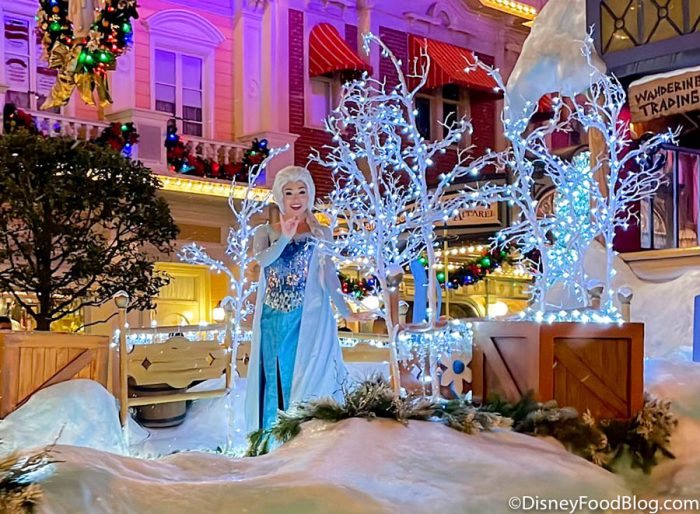 You can find a ton of merchandise and snacks inspired by the movie, there is a sing-along in Hollywood Studios, and Disney even converted Maelstrom in EPCOT’s Norway pavilion over to a Frozen ride. One of the most beloved characters from the film is Olaf the snowman, and the actor who plays him, Josh Gad, just posted an amazing video featuring Olaf, but be warned — it’s a bit traumatizing!

Josh Gad posted this video last night of him and his family using an Olaf hot cocoa bomb! And, it’s definitely something worth melting for.

Not gonna lie: having mixed feelings about this chocolate bomb. pic.twitter.com/4w7nrZVpnw

In the background of the video you can hear Josh Gad saying they followed the instructions which said to put Olaf in a boiling pot of milk. Then, he says “this is very depressing,” which we can understand! Watching an adorable character that you had a major part in bringing to life melt away is not something that seems super joyful, even if you get hot chocolate at the end. 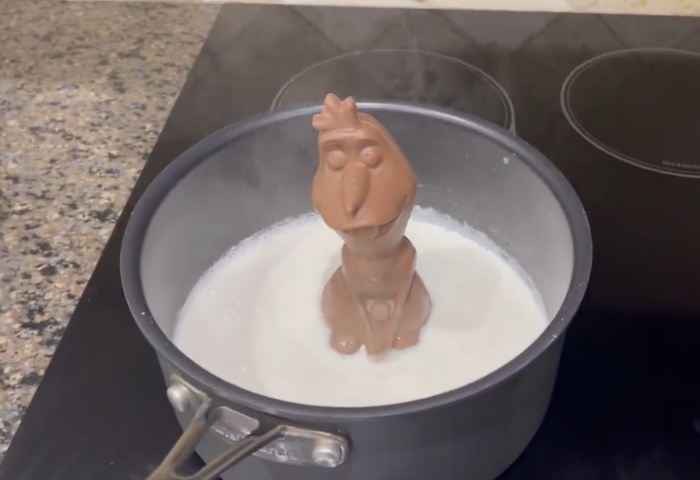 Josh then counts down from 3 and him and his daughters begin singing “this will all make sense when I am older” from Frozen 2! Yep, we would have an existential crisis too if we were in this position. 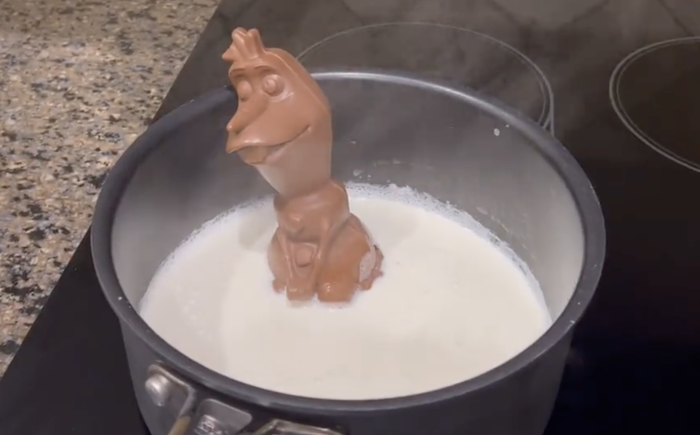 Olaf tips over, melting against the side of the pot, and Josh says “Oh, Olaf. I am sorry.” We don’t think this is what Olaf meant when he said he likes warm hugs — it’s way too hot in there! 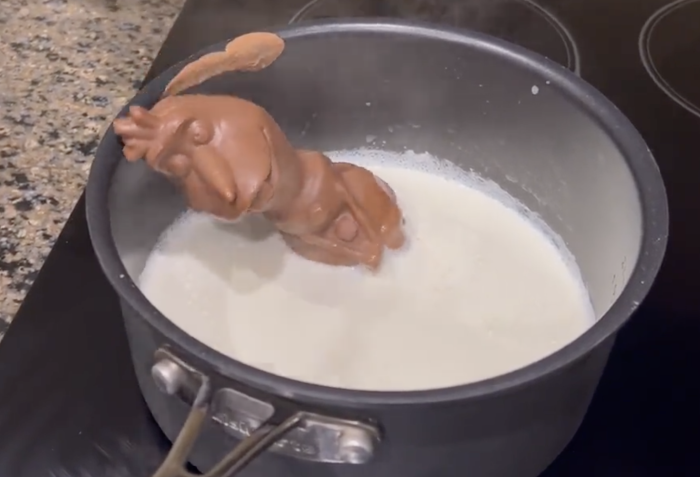 Olaf quickly falls into the milk and breaks open, and you can hear Josh’s family saying goodbye in the background, then being surprised by the hot cocoa inside! Safe to say Olaf can no longer feel his legs. 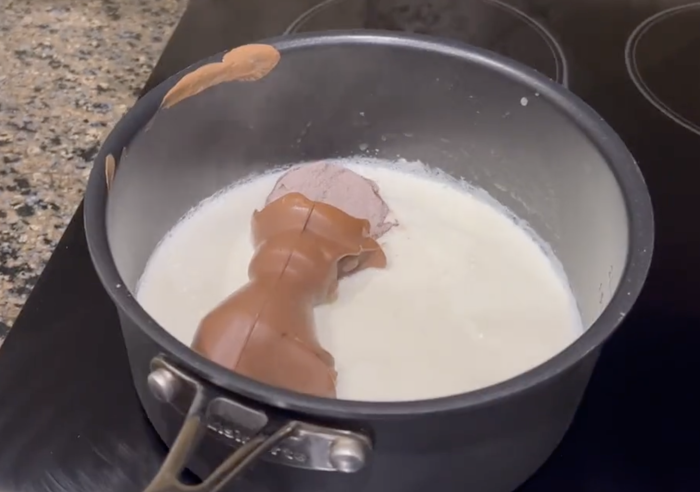 But, the best part of the whole video might be at the very end when Josh says, “we couldn’t have done this with like a Moana character instead?!” We feel your pain, Josh, but we don’t know how appropriate for Christmastime it would be to see Hei Hei melting in a pot of milk! And, even if he was made of chocolate, we couldn’t get over associating him with boiled chicken, just a little bit. 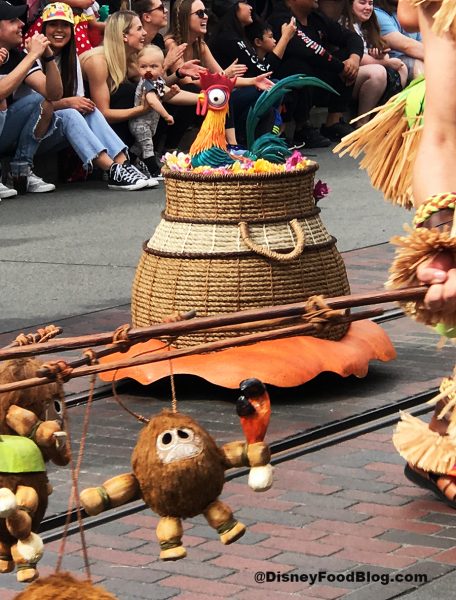 Rest In Peace, Olaf. We know you said you love the idea of summer and all things hot, but this was probably a bit too extreme! Although, you do now know just how hot Florida summers feel to us. 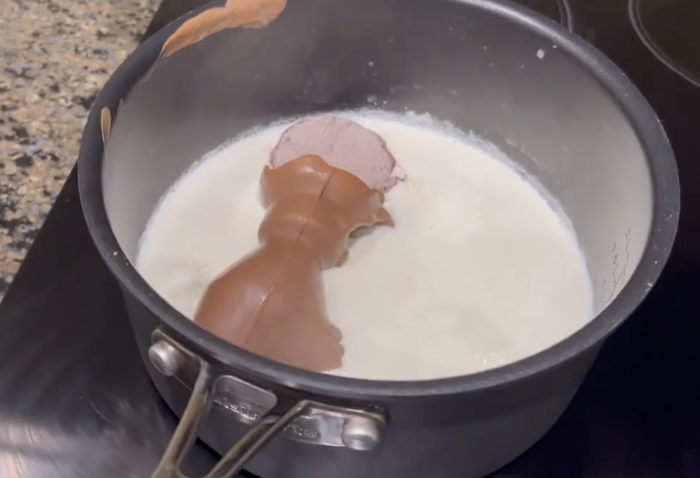 This looks like the Olaf Hot Cocoa Surprise Kit that has been at The Ganachery in Disney Springs the past couple years! It’s made of The Ganachery’s signature chocolate blend and 5 vanilla bean-flavored marshmallows. 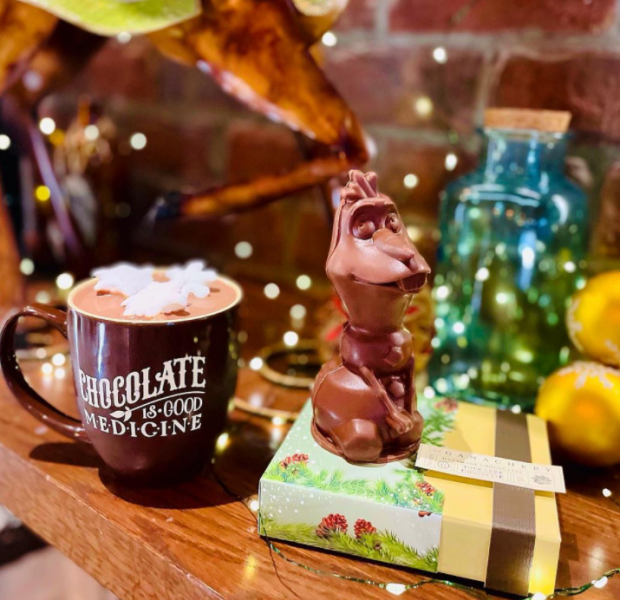 Which would make sense, as Josh Gad and his family were just in Disney World for vacation, according to his Twitter.

So, Olaf finally got to do what frozen things do in summer — even if it did give Josh Gad some mixed feelings! Stay tuned to DFB for more Disney news and info.

Click here to check out some new Frozen EPCOT merchandise!

Who is your favorite character from Frozen? Tell us in the comments!

The post Warning: This Olaf Content May Be Sensitive for Some Viewers first appeared on the disney food blog.

Warning: This Olaf Content May Be Sensitive for Some Viewers