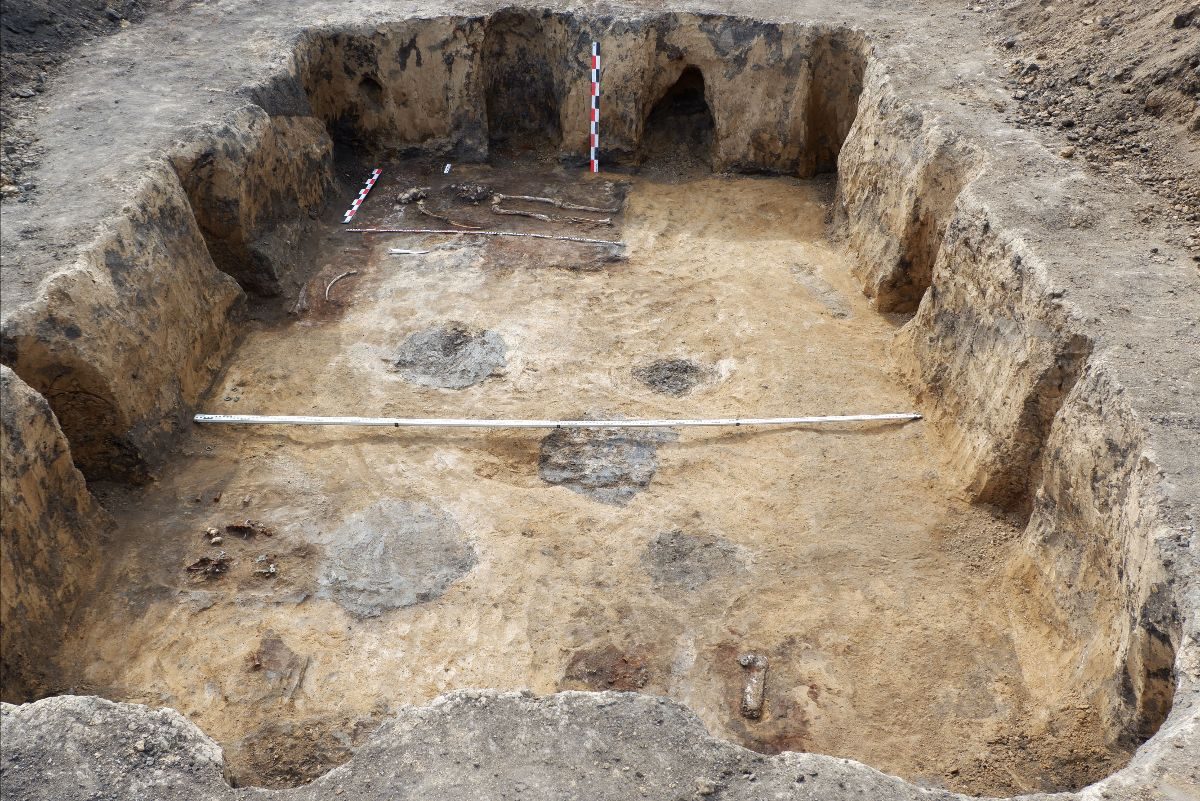 The Scythians were an ancient nomadic people living primarily in the region known as Scythia, which today comprises the Eurasian steppes of Kazakhstan, the Russian steppes of the Siberian, Ural, Volga and Southern regions, and eastern Ukraine.

Excavations were conducted by the Don Expedition from the Institute of Archaeology at the Russian Academy of Science, where the researchers have been excavating the Devitsa V necropolis that consists of 19 burial mounds.

A study of mound 7 in the centre of the cemetery revealed a wooden tomb constructed with seventeen large oak pillars, covered with half oak beams that dates from the 4th century BC.

Within the burial was the skeleton of a man aged around 40-49 years of age, in addition to small gold semi-sphere plates, an iron knife, a horse rib, a spearhead and three javelins. Adjacent to the burial the team also discovered horse harnesses, six bronze plates in the shape of wolves, the cut jaw from a young bear, a moulded cup, and several black-glazed vessels.

The most notable discovery is a silver plate measuring 34.7 cm by roughly 7.5 cm, that depicts several deities, including the goddess Artimpasa, who was generally associated with fertility, power over sovereignty and the priestly force. Artimpasa was also an androgynous goddess of warfare, fecundity, vegetation and was the Scythian variant of the Iranian goddess Arti that Herodotus also equated with Aphrodite Urania.

Artimpasa is presented on the plate surrounded from both sides with the figures of winged eagle-headed griffons, that archaeologists suggest is a representation of the cultural fusion of traditions between Asian Minor and Ancient Greece.

The left side of the plate is decorated with the depictions of syncretic creatures standing in a so-called heraldic pose, whilst the right side has two round buckles depicting an anthropomorphic character with a crown surrounded by two griffins.

Commenting on the plate, Prof. Valeriy Gulyaev from the Don expedition said: “The discovery has made an important contribution to our concepts of Scythian beliefs. Firstly, a particular number of deities are depicted at once on one item. Secondly, it is the first example of an object depicting deities found so far from the main Scythian centres”.