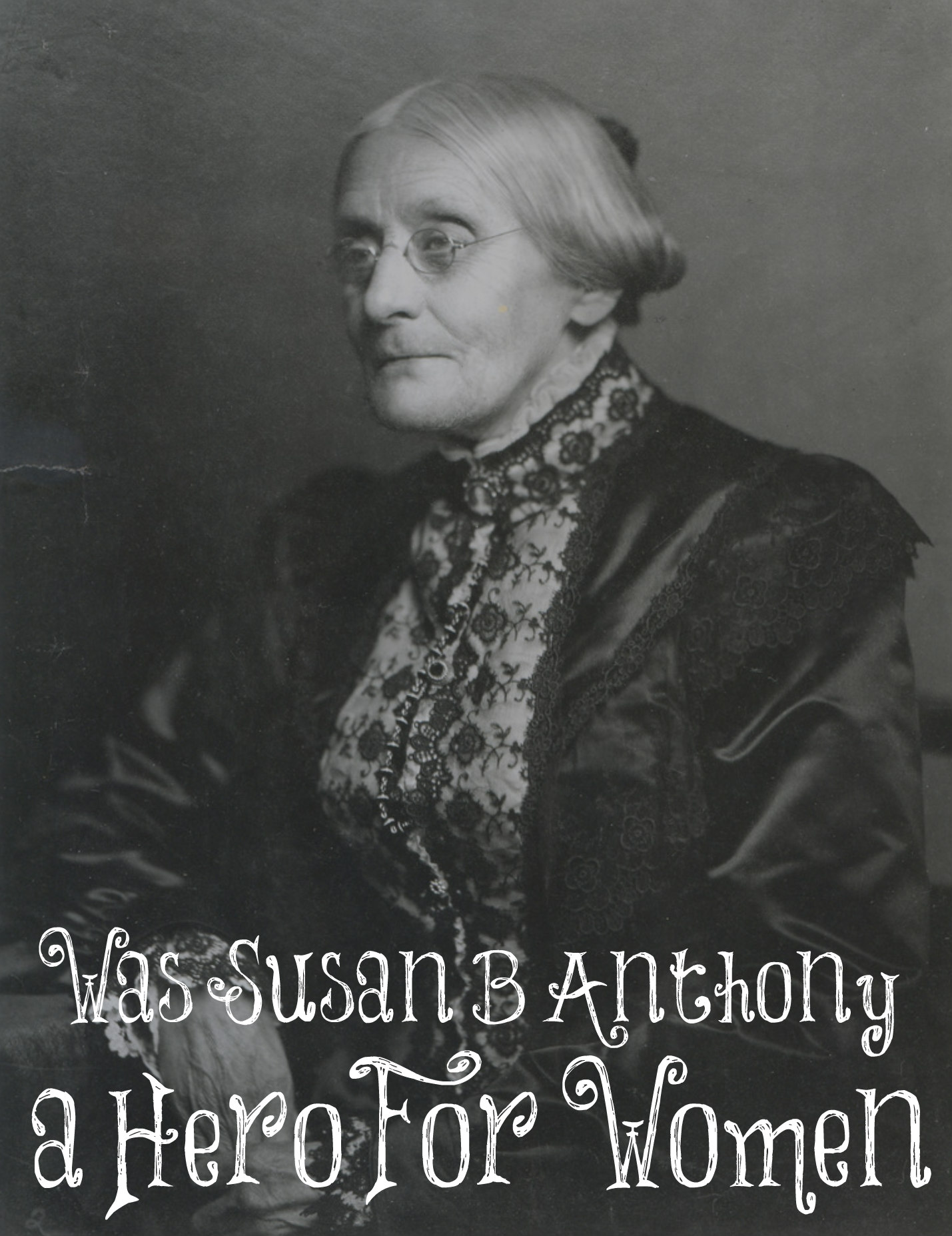 Was Susan B. Anthony a Hero For Women? 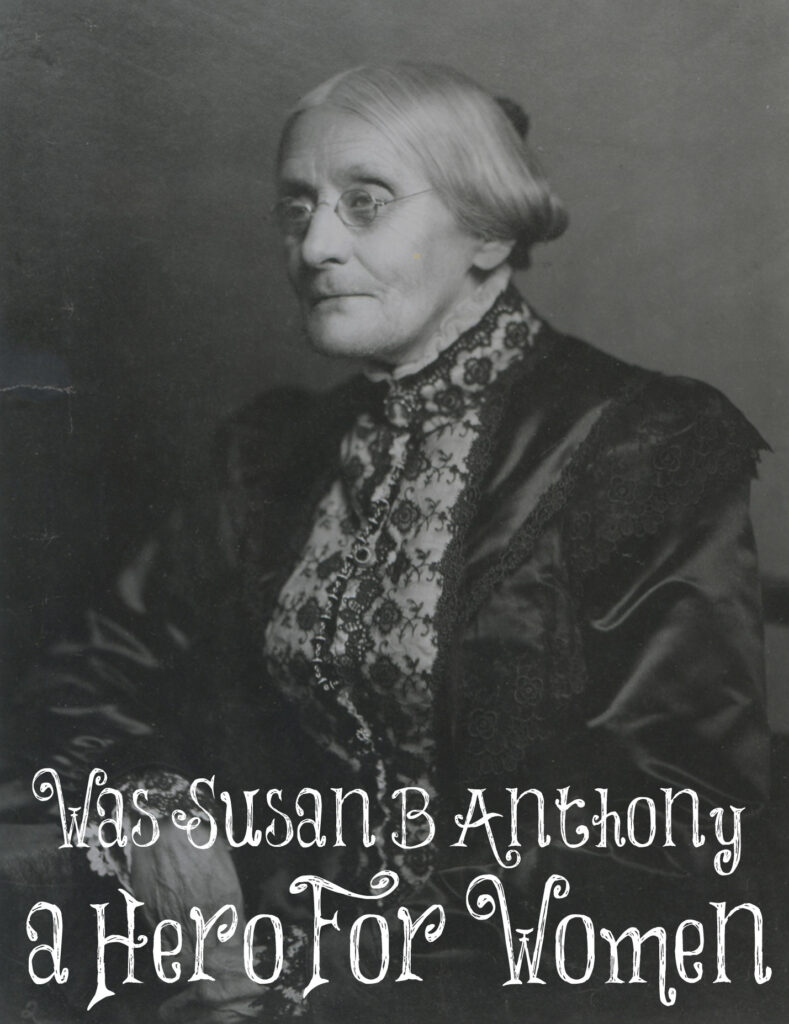 Many believe that Susan B. Anthony was a historical hero, because she fought hard for the women’s vote. A quick search of this woman was enlightening. She was born on February 15, 1820. She grew up as a Quaker. Quakers believed that all men and women were equal in the eyes of God and should listen to their “inner light” or conscience to guide their spiritual connection with God and the Bible. Their four main tenets were simplicity, truth, equality, and community.

For many, this sounds great! But they do not regard any book as being the actual word of God. They regard the Bible as a great inspirational book, but they don’t see it as the only one. They fight for social justice, freedom of conscience, and environmental issues. They sound like they were the first social justice warriors.

Here are some famous quotes from Susan:

“I declare to you that woman must not depend upon the protection of man, but must be taught to protect herself, and there I take my stand.”

“There never will be complete equality until women themselves help to make laws and elect lawmakers.”

“I distrust those people who know so well what God wants them to do, because I notice it always coincides with their own desires.”

“Organize, agitate, educate, must be our war cry.”

“No man is good enough to govern any woman without her consent.”

Susan B. Anthony was a radical feminists. She was raised in a false religion. Everyone is equal in the sight of God in this way: “There is neither Jew nor Greek, there is neither bond nor free, there is neither male nor female: for ye are all one in Christ Jesus” (Galatians 3:28). All who believe in Jesus Christ are one in Him. This is what this verse means. It doesn’t mean they are equal in role or in anything else.

It certainly doesn’t negate the roles that God has designed specifically for men and women. Men are stronger. Women are the weaker vessel and more easily deceived. Men are to be the providers and protectors. Women are to be the bearers of children and the keepers at home. Susan B. Anthony rebelled completely against these God ordained roles.

Since Quakers didn’t believe the Bible was the Word of God but instead were guided by some “inner light,” it sounds like the inner light she was guided by was Satan. It sure wasn’t God! Women are to depend upon men for their protection. This is God’s will. Independence isn’t happiness. We are seeing clearly that this isn’t true. Women are more depressed and suicidal these days than they have ever been. Independence has made them lonely and insecure.

Susan fought for the right to vote, because she felt that women could do a better job than men. She wanted women to make laws and be lawmakers. God designed men to be the leaders of society. She was fighting God’s will in all of this. When she was fighting for suffrage, just a small percentage of women even agreed with her. They didn’t want to focus upon politics. They wanted to focus on home and family.

She’s the one who taught women to fight and be like men. She taught them to be discontent with the roles that God had given to them. All of her quotes show her foolishness apart from God’s Word and ways. She was not anyone that godly women should admire. She was against biblical womanhood. She spent her life fighting against it. She didn’t only want women to be equal with men, she wanted them to be superior to them because they “knew better” than men. No, I am not a fan of Susan at all. It’s women like her who helped cause the mess this nation is in right now.

Now I beseech you, brethren, mark them which cause divisions and offences contrary to the doctrine which ye have learned; and avoid them.
Romans 16:17

Was Susan B. Anthony a Hero For Women?