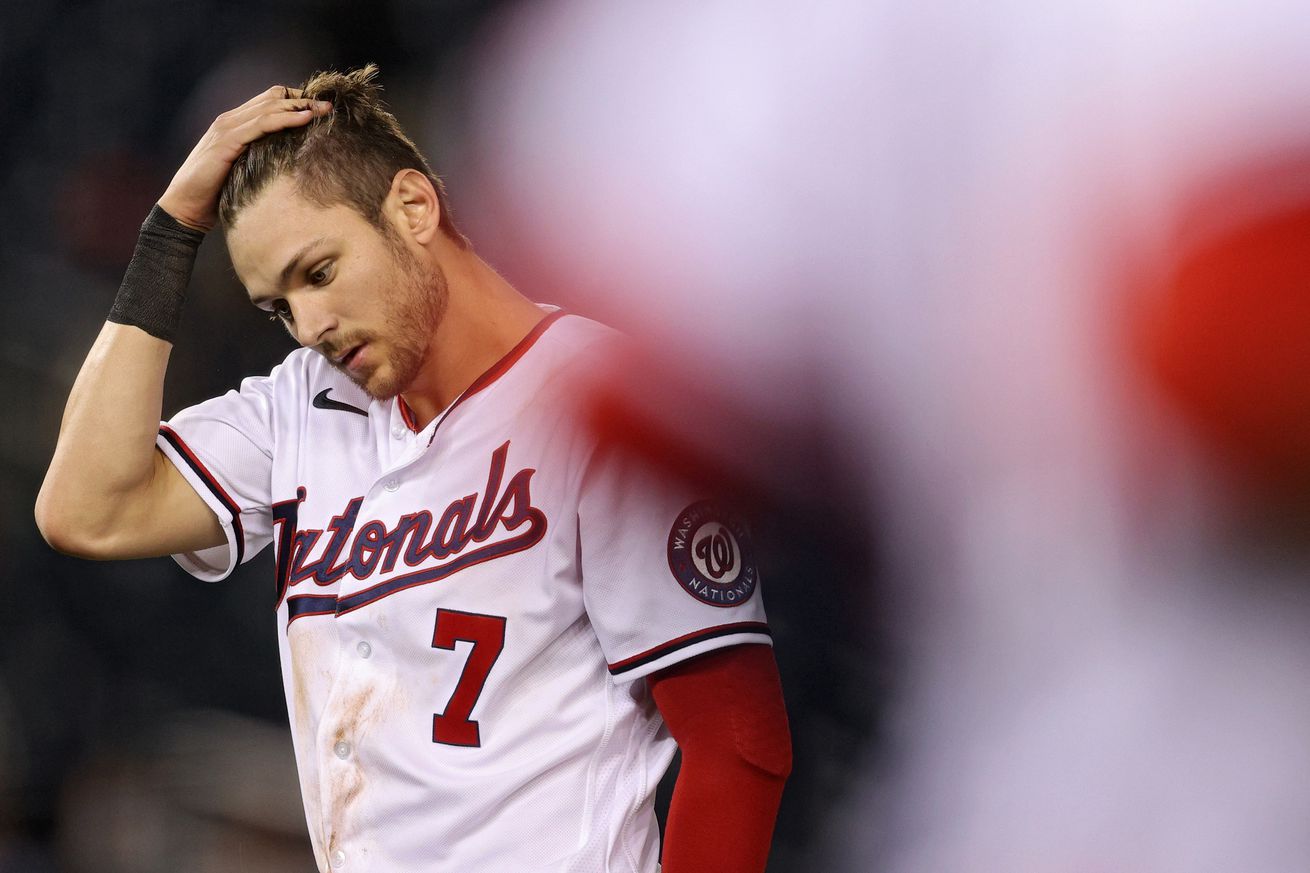 Atlanta’s 22-year-old starter, Huascar Ynoa, tossed seven strong innings and hit a bomb of a grand slam to center to put four on the board in a five-run sixth in what ended up being a 6-1 win in the series opener for the Braves and Washington Nationals in the nation’s capital.

Ross vs ATL: Though he got knocked around by the Cardinals, who scored ten runs on Joe Ross in just 4 1⁄3 IP, the 27-year-old righty had given up just one run over 17 IP in three other starts early this season (0.53 ERA). Ross bounced back from the start against St. Louis with an impressive appearance against the NY Mets in Citi Field, which saw him give up one run on five hits in 6 IP.

Going up against Atlanta tonight, Ross held Braves’ hitters off the board through four, which he completed on 60 pitches, with help from a couple double plays and a diving catch out in center field by outfielder Victor Robles.

A one-out single by Ozzie Albies in the sixth, on which a throwing error by Trea Turner let the runner take second, ended Ross’s outing...

After giving up seven hits and six earned runs in four innings of work against Cubs back on April 17th, Ynoa bounced back and tossed 5 1⁄3 scoreless against Chicago in his previous outing before taking on the Nationals in the series opener in the nation’s capital.

“I worked so hard in the offseason,” Ynoa told reporters, as quoted on MLB.com, after the second start of the year versus the Cubs.

“This is kind of what I prepared for. Thankfully, we’re seeing the fruits of that labor now.”

Ynoa tossed four scoreless to start his outing in Nationals Park, giving up just one hit and one walk, and he came back out for fifth at just 48 pitches, with a 1-0 lead, and retired the Nationals in order in a quick, 12-pitch frame which left him at 60 total after five scoreless.

Ynoa’s grand slam in a five-run top of the sixth gave him a 6-0 lead to work with, and he returned to the mound in the bottom of the inning and worked around a one-out walk to Trea Turner, getting an inning-ending 6-4-3 after putting the shortstop on.

Yes, he can pitch too. pic.twitter.com/83vaxgepU7

His 13-pitch sixth left him at 73 total, and Ynoa came back out in the seventh, and had one run come around when Josh Bell singled and took third base on a two-base error in center by Cristian Pache, and the scored on an RBI groundout by Kyle Schwarber, 6-1.

Winning?: Washington’s Nationals started the series with Atlanta’s Braves with a four-game win streak going, while their NL East rivals came to D.C. having lost four straight. The home team for the three-game set had also won 7 of 10, with their starters posting a 2.59 ERA (17 ER in 59 IP) over the previous 10 games, and, “[allowing] just four earned runs across 27.0 IP (for an NL best 1.33 ERA) during the four-game winning streak,” as the club mentioned in the pregame notes for the opener.

They’d also, “turned 15 double plays during this 10-game stretch, tied for the second-most in MLB,” and they added two more with Joe Ross on the mound tonight, though their win-streak came to an end...

Bullpen Action: Tanner Rainey took over for Joe Ross with a runner on second and one out in the top of the sixth, and got one out, put Dansby Swanson on after falling behind in the count, and gave up a two-out RBI single by rookie William Contreras, who sent the 2-2 slider way down and out of the zone that Rainey threw him into the left-center gap, 2-0.

A Cristian Pache pitch-around/walk loaded the bases in front Braves’ starter Huascar Ynoa, who got hold of a 95 MPH 0-1 fastball and hit it out to center field for a grand slam and a 6-0 lead.

Austin Voth retired the Braves in order in a 12-pitch top of the seventh.

It was a 6-1 game in the Braves’ favor when Will Harris made his 2020 debut for the Nats in a scoreless, 23-pitch frame in which he worked around an ROE and a walk.

Tyler Matzek worked around a walk and a single for a scoreless eighth.

Paolo Espino retired the Braves in order in a six-pitch top of the ninth.

AJ Minter got the ninth for the visiting team and retired the Nationals in order to end it.