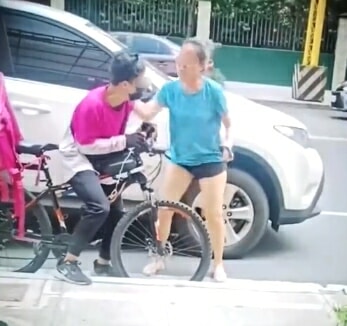 Food delivery riders have it tough, considering they have to brave through terrible heat and heavy rains in order to deliver your food to you. Which is why, in certain situations, we should really just cut them some slack.

One food delivery cyclist had accidentally scratched a woman’s car. Feeling bad for the accident, he tearfully apologised profusely to the woman who decided that apologies were not enough.

Prince RayDauz took to his Twitter page to showcase a video of the woman assaulting the food delivery cyclist. This incident is believed to have taken place in the Philippines.

Prince RayDauz wrote, “Her car had gotten scratched by the bicycle, the rider repeatedly apologised and even cried, but the lady driver beat the rider.”

In the video, the woman can be seen attempting to grab the rider’s phone off of its holder on his bicycle, before throwing a kick and beating the rider. The rider managed to save his phone from the attack but ultimately gave into the woman’s beating. 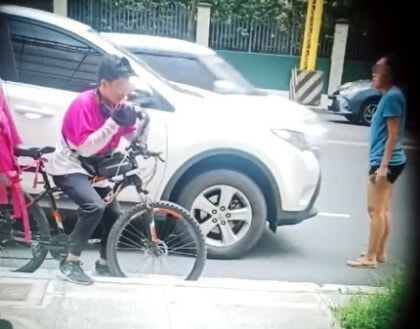 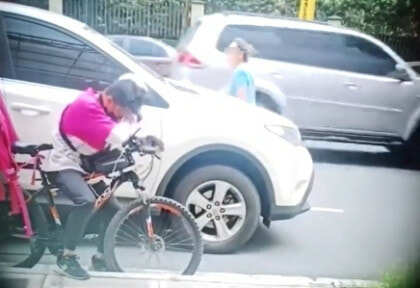 At one point, she had even smacked the cyclist’s face mask off of his face. 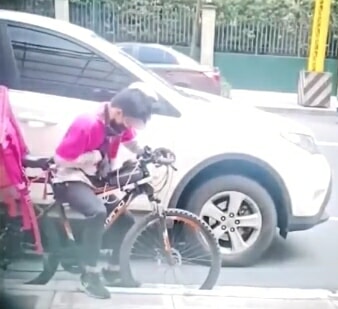 The cyclist could also be seen shaking, wiping his eyes on his sleeve, lowering his head and holding his chest, in an attempt to hold in his tears.

While it is understandable that the woman is angry that her car was scratched, but it shouldn’t give her the right to assault the rider as she did.

We genuinely hope that people show more kindness and understanding in the fact that sometimes, accidents can happen.

You can check out the heartbreaking video here:

Also read: Foodpanda Customer Orders Over RM100 Worth of Food, Takes It & Runs Off Without Paying 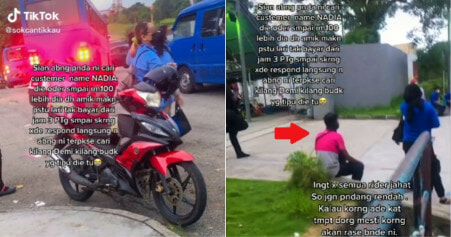