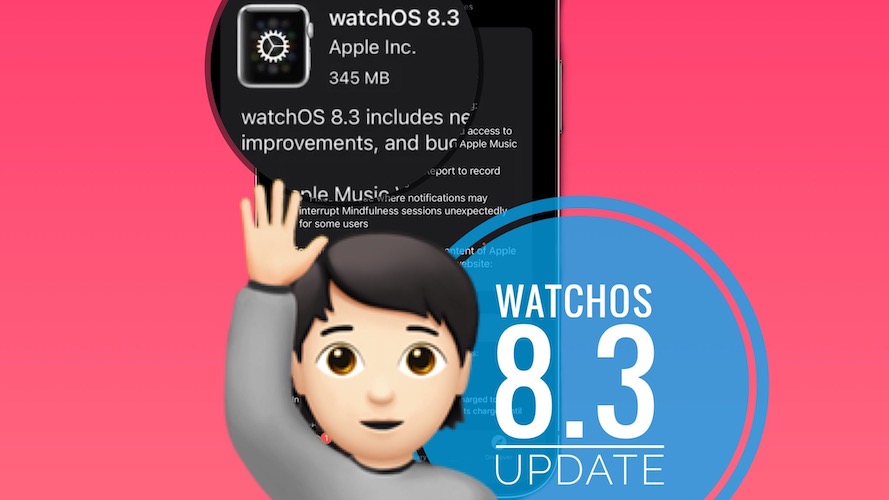 Apple has seeded watchOS 8.3 RC build number 19S55. If everything goes to plan, this will be the watchOS 8.3 public release version, in the next couple of days. The update brings new features, bug fixes and improvements for compatible Apple Watches!

Apple will most likely roll out this update alongside iOS and iPadOS 15.2. We’ve already reported that we expect iOS 15.2 to be released next Monday.

That’s why the watchOS 8.3 release date should be Monday, December 13, 2021. Stay tuned. We will update this article as soon as the new software is seeded!

Fact: Apparently Apple has decided to skip watchOS 8.2 and we will jump from watchOS 8.1.1 to watchOS 8.3. It’s not clear why this happened.

As usual, the new version will be available over-the-air in the Watch app on the paired iPhone:

Fact: For the installation process to start you need the Apple Watch to be snapped to the MagSafe puck, nearby paired iPhone and connected to the same Wi-Fi network!

Important: At the time of writing, you can download watchOS 8.3 RC! The Release Candidate version is only available for Developers and Public Beta Testers. For the update to show up in the Watch app, you need to download the watchOS 8 Beta Profile from the Apple Beta Software website. Click here for a step-by-step guide! 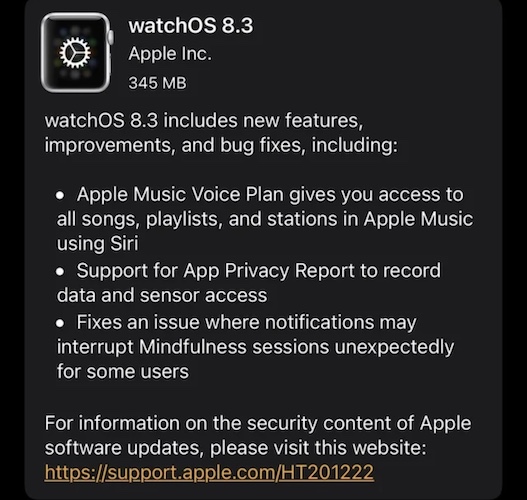 The update log is already available thanks to the watchOS 8.3 RC notes. Apple mentions that this version comes with new features, improvements and bug fixes!

Two new additions are mentioned in the release notes. However, we do expect to uncover other changes too. If you notice a new feature that’s not mentioned below, please share it with us in the comments:

Apple mention a single fix in the release notes. However, there might be more issues addressed by this release. Help us confirm them. Use the comments section

Although we hope that this list will remain empty, we ask you to inform us about any new issues that you deal with after updating to this new version. We will try to replicate and find workarounds or fixes and share them below:

Have you updated Apple Watch to watchOS 8.3? What’s your feedback? Did you spot any new features or bugs, not mentioned in this article? Use the comments section and help us uncover them.