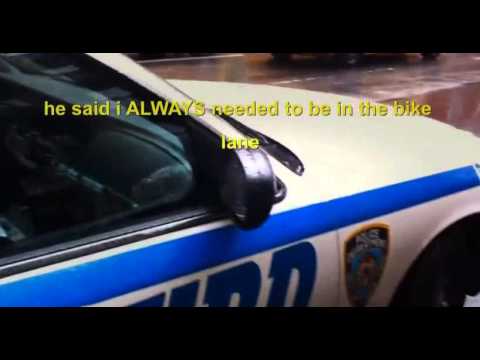 My wife is Danish and we have been to Denmark together 4 times to visit her family in the last several years. One of the things that amazes me about Denmark is its cycling infrastructure (get a glimpse of it here) and how they cater to people on bicycles like nowhere else in the world. How can a country that is miserable and rainy for most of the year have one of the highest rates per capita of bicyclists? What can we learn from their amazing infrastructure that we can apply to the cities and rural areas in the US so we can get more people on bikes? This article discusses all the things I’ve seen in Denmark for cyclists that make it the 2nd biggest bicycling country in the world (80% per capita) right after the Netherlands (99% per capita).

Most of the urban bike paths in cities are raised up 3-4 inches. This separation from regular automobile roads discourages cars from ever driving on bike paths. This separation is further created because bicyclists always use the ‘pedestrian turn’ when making left turns instead of cutting across vehicular traffic.

Bike lanes are sacred in Denmark, almost no one ever blocks them

In Denmark, I never saw any vehicle or obstacle in the bike lanes. If there was some kind of construction, they would often reroute the bike lane or have it re-integrate with traffic. In NYC it is a totally different story, as you can see in the video below. So big picture-wise, what’s the point of even having bike lanes if it becomes just another place for everyone to park?

In the cities, almost everyone uses the ‘pedestrian left turn’

I know I’m always talking about this left turn, but it’s really because I think it’s an incredibly good idea and it could save cyclists’ lives. The most dangerous part of biking in a city is trying to make a left turn in multiple lanes of traffic. For whatever reason in Denmark, every one of the thousands of people I saw biking all did this when making a left-hand turn.

In Ithaca, we just got our first green bike line over at ‘the octopus’. It’s a great development and it encourages cars to remember to look for cyclists whenever they are crossing the bike lane. There have been some tragic bicycle accidents in this area, and having separated bike lanes that are bright green will do nothing but help those accidents decrease.

Almost every cab has a bike rack available

So when going out drinking almost every Dane will take their car and if they have too much to drink they just hail a cab. Almost every cab or rideshare has a bike rack in the trunk that will take your bike home with you for a few dollars more. Every single public bus also has a huge bike rack that people can stack their bikes on.

Trains have a special car for bikes

Want to ride the train and have a bike? Not an issue, as long as you get in the car for bicyclists you are good to go. Almost every train has a dedicated car for bicyclists and they have flip-down seats so you can still sit when you ride with your bike. I can’t even imagine something like that in NYC.

In Danish public schools, you need to get a bicycle license before you start bicycling to school. You have to take a written test as well as taking a riding test similar to getting a motorcycle license in the US. You are put in a parking lot with obstacles and have to follow a path and use arm signals for turning and stopping. Keep in mind that most children in Denmark ride their bikes to school every day, regardless of the weather.

When there is a vehicle \ bicycle accident in Denmark it is almost always considered the driver’s fault even if the bicyclist is breaking the traffic laws. When you take your driver’s test there is a huge focus on bicycles and bike safety. Every time you do anything you have to look over your shoulder for bicycles every time you turn, and if you forget even once then you will fail. Getting a license in Denmark is insane, it costs over $2000 and you have to take a bunch of classes as well as driving tests in rainy weather as well as many hours driving with a professional driving instructor. Without the approval of the driving instructor, you can’t even take the driving test, so he decides when you are ready. This is so different than the US where we give driver licenses to pretty much anyone with a heartbeat who is over 16.

I’m a big fan of roundabouts, they are cheaper to build, safer, cost almost nothing to maintain and don’t cause problems in power outages. So why aren’t there more of them in the US? Good question. In Denmark, the roundabouts have a big painted bike lane on the outer rim making it super safe for cars and cyclists.

There are almost no bike racks in Denmark

When people want to lock their bikes they don’t have to find something to lock them to, they just use rear wheel locks. These locks are tiny and lightweight, cheap to buy and stay on the bike. Because no one is locking their bikes to gates, fences, or racks your bike is just as easy to steal as everyone else’s, but it doesn’t seem like bike theft is really a problem at all in Denmark.

Everyone in Denmark bikes, even the big politicians. Everyone loves biking so when decisions have to be made about how to deal with bicycles, the government will almost always move in the direction that benefits the bicyclists rather than the cars and trucks. Our mayor of Ithaca does not have a car (and is also an awesome guy to boot), but that is extremely rare anywhere in the US. Ithaca has historically made some horrible decisions trying to benefit bicyclists, but also is starting to make some better ones as well. You don’t encourage people to bike just by painting big blazes in the middle of all your roads with bicycles next to them. That is a laughable HUGE cop-out.

Being a cyclist in Copenhagen is so safe that almost all children are moved around by their parents on bikes or ebikes. If America wants to get serious about sustainability then they need to start taking infrastructure ideas from the countries that have already figured this stuff out. If you are in charge of making decisions about how bike paths are going to get built and maintained, I hope that you’ll take a few moments to reflect on how good design can completely change the Intracity bicycling experience, and bad design can become death traps.