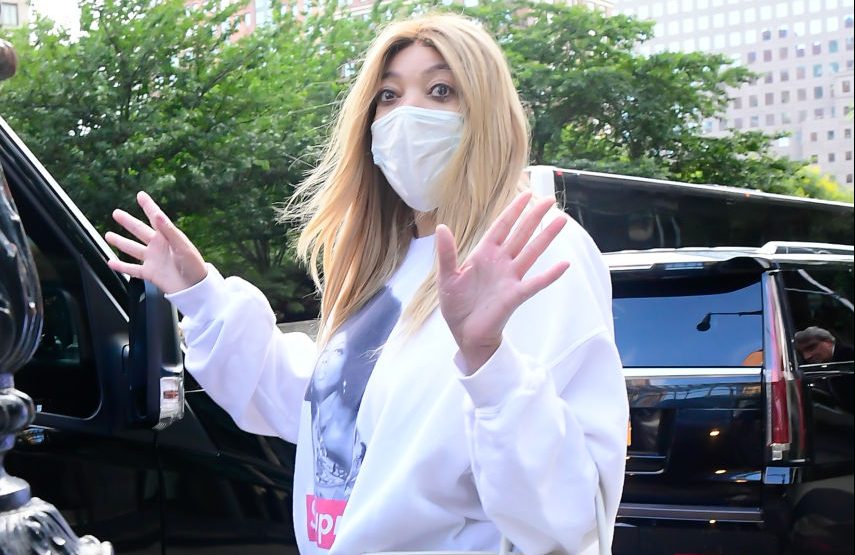 Wendy Williams has broken her silence and gives fans a firsthand look at her recovery in a 5-minute video posted on her new Instagram account.

Williams is shown walking along a Florida beach while speaking to her son Kevin Hunter Jr., who filmed the footage. Williams said she visits Florida often because her “real family” is there.

“New York is fast-paced, which I love,” said Williams, whose talk show films in New York City. “I love [it] here in Florida as much as I do New York, but they are two very different things and people. But New York is my heart and Florida is a beautiful place — beautiful, regular. Sometimes weird in a good way. Aren’t we all, weird in a good way?”

While it’s good to see Wendy up and moving some of her fans are convinced Wendy Williams’ new Instagram video is old. “This video is a year old,” speculated one follower in the comments section. “This video is old. She keeps referencing that she is 56 years old but she’s actually 57.” wrote another.

It’s not clear when the video was shot but fans pointed out Wendy talking about her mother being in Florida, where the video was filmed, however her mother passed away in December 2020. She also referred to herself as being 56 years old when in fact she’s now 57.

During one point of the video her son, Kevin, asked about the rumors surrounding Williams’ health issues. He said, “A lot of people have been wondering what you’ve been up to and they’ve been saying their prayers out and everything. What do you have to say to those people who think you’re up to whatever it is?”

Wendy responded by saying “Excuse me, I am going back stronger. At 56 years old, there are things that happen to people. I would say things usually start about 40 and they go up from there, you know?” she continued. “So you’ve got to eat the right food.”

She then went into detail about her preference for eating vegan and vegetarian food at length, Williams added: “I want to be all I can be and get back to New York and get on down with The Wendy Williams Show.”

Williams’ ongoing health issues previously delayed the start of her popular talk show’s 13th season. She first tested positive with a breakthrough COVID-19 case amid ongoing health complications tied to her Graves’ disease battle. She later recovered from the virus but was still battling other health issues as well as the separation from her ex-husband Kevin Hunter.

Of course the show must carry on and in mid-October Leah Remini served as guest host. Other guest hosts included Sherri Shepherd, Jerry Springer, Bevy Smith, Terrance J and many more.

Per a source close to the situation told PEOPLE that Williams “won’t be returning to the show for the rest of this season.”

“But reports of a stroke, drugs or addiction issues or a dementia diagnosis are all false,” the insider added. “Whether Wendy can return in the fall will depend on how her healing goes over the summer. Her health is the most important thing.”

Whatever the case may be we wish Wendy Williams a speedy recovery and hope to see her back on our television screens soon. Do you miss Wendy or are you liking the guest hosts? Let us know below!