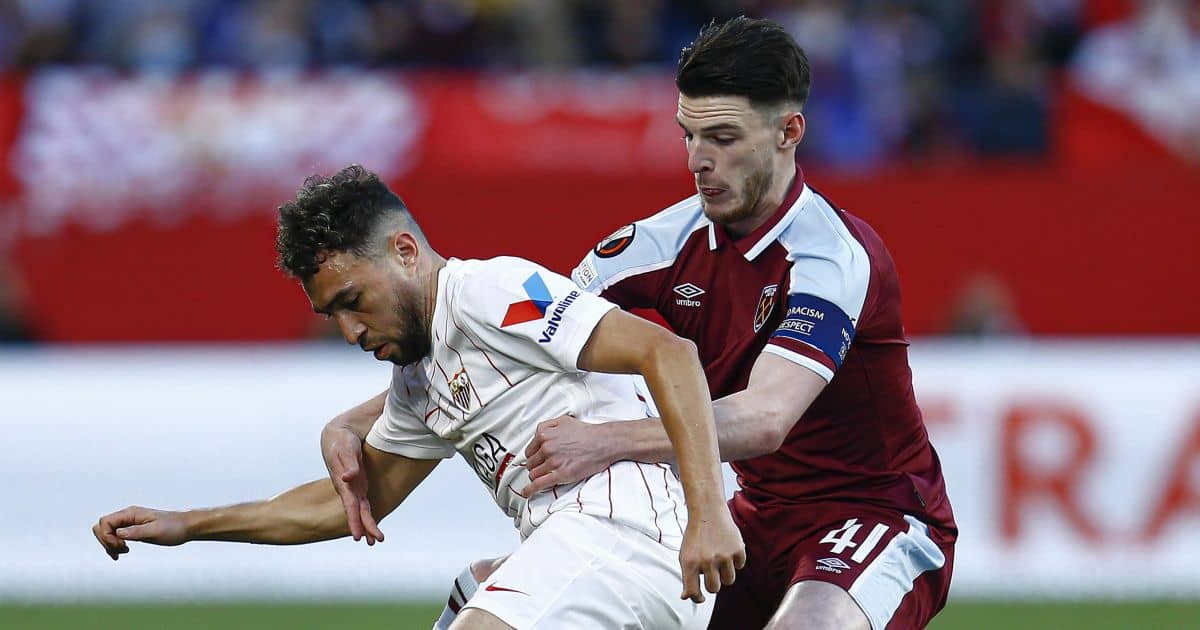 West Ham were competitive against Sevilla in the first leg of their Europa League Round of 16 tie but suffered a 1-0 defeat due to a Munir goal.

Playing at this stage of the competition for the first time in their history, West Ham gave a decent account of themselves against its most successful club. In the end, the margin was only of one goal, which went Sevilla’s way.

The first chance of the game fell to Sevilla, when Youssef En-Nesyri beat Kurt Zouma to a header in the box, but directed it into the palms of Alphonse Areola.

Shortly after, Munir arrived into the box for a header, which went wide. At the other end, Michail Antonio had West Ham’s first sight of goal, but found the side-netting.

The Hammers should have taken the lead after the 10th minute when Nikola Vlasic headed the ball straight at the Sevilla keeper Bono and Antonio couldn’t make the most of the rebound.

Chances were flowing for both sides. Midway through the first half, the ball fell to Munir on the edge of the box, but he snatched it wide from a central position.

It was a sign that Sevilla were growing into it, as was when Areola had to dive to catch another En-Nesyri header.

West Ham settled down for the rest of the first half though and started the second strongly. Tomas Soucek stung the palms of Bono with a long-range effort after being teed up by Antonio.

For the hosts, En-Nesyri was central again, getting some decent power on a header but aiming straight at Areola.

Moments later, Sevilla went in front. Munir snuck into a space on the left-hand corner of the box to meet a free kick with a strike just as the ball was bouncing. It arrowed past Areola to make it 1-0.

A beautifully controlled finish from Munir gives Sevilla the lead against West Ham!

The technique on that strike…

It was quite the twist of fate, since Munir had not even been on the original Sevilla team sheet until Ivan Rakitic pulled out in the warm up.

The La Liga side tried to build on their lead, Areola having to tip over an effort from a wide angle and later seeing a Lucas Ocampos effort drift past his post.

West Ham went closer to an equaliser when Manuel Lanzini was denied by a big block from Jesus Navas.

Things boiled over towards the end of the match when Ocampos received a yellow card. It rules him out of the return fixture due to suspension.

The two sides will reconvene at the London Stadium in one week’s time to see who will reach the quarter-finals.