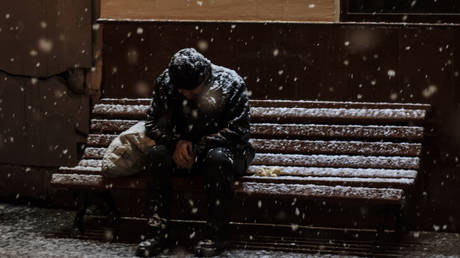 Western Europe’s policy of rejecting Russian energy, even in the absence of suitable alternatives, could lead to systemic collapse when the public is left without heat this winter, Hungarian Foreign Minister Peter Szijjarto warned on Monday.

“All these statements … from Western Europe on the issue of energy supply simply do not work at all with winterr approaching,” Szijjarto explained to a meeting of his country’s diplomats, according to the Sputnik news agency.

The Foreign Minister pointed out that while “ideological, political, communication statements with effective support from the international media can easily inflate balloons that cover people’s eyes,” all the ideology in the world won’t keep EU citizens warm when winter approaches.

It is very difficult to explain to someone in winter that they are not cold when there is no heating.

Insisting that Hungary had not yet fallen into this trap, he warned that pressure from other EU governments would only get worse, as the current world order “is approaching a huge collapse, almost at the speed of an asteroid.” Russian sources are integral to European energy security, he argued, implying that without them, social discontent could lead to systemic collapse.

Not only will Hungary not entertain talk of sanctions on Russian energy, but other nations will quietly back it on the matter – even if they won’t do so publicly, Szijjarto told the ambassadors. While Budapest has pushed back against bloc-wide calls for an embargo on Russian oil and gas since the notion first began circulating among EU politicians, other states that once demanded Moscow be punished over Ukraine have quickly realized that no other source of energy can make up for the loss of Russian supplies.

Electricity costs in Germany and France shot up to record heights on Friday, driven by Moscow’s threat to shut down the last operational turbine on the Nord Stream 1 pipeline for three days’ maintenance. Those countries are far from the only ones to feel the bite of sanctions that were supposed to punish Russia, however, and Europeans of all nationalities are stockpiling what fuel they do have – whether it’s firewood or coal – for the long winter ahead.