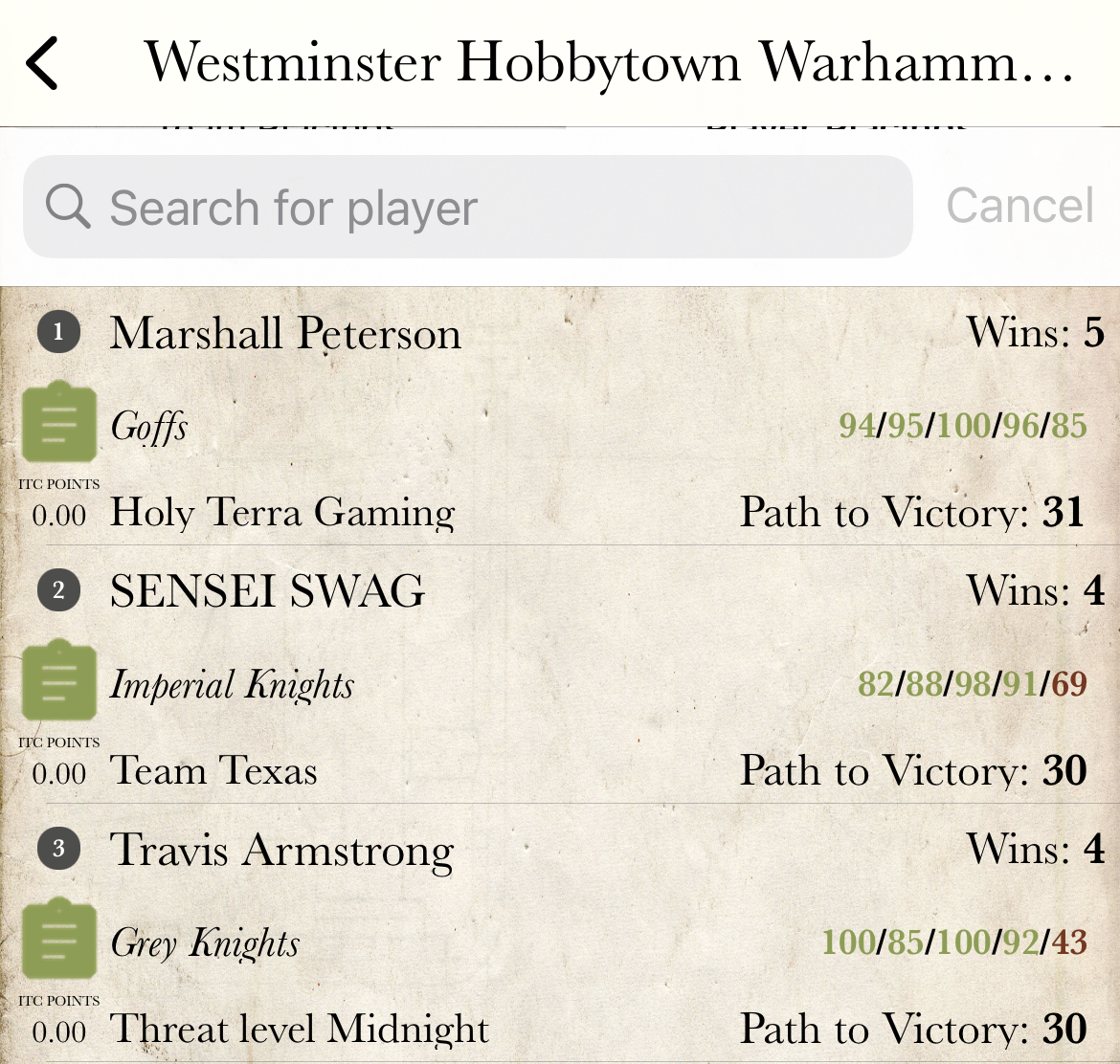 The Westminster Hobbytown Warhammer 40k GT was a Major event in Colorado with 58 Players. One Keynote was the Balance Dataslate was not in effect making the second place showing of Grey Knights all the more impressive. Even if it was, it would not have applied to the first place list as it did not rely on buggy spam or any planes at all.

Congratulations to the Champion Marshall Peterson. This army combines the Objective Secured of Deathskulls patrol and the melee hitting power of a Goffs Battalion. The last is improved upon with the Psychic potential of the Kill Rigs as well. Plenty of Mortal wounds to go around in this list.  There are plenty of units to conduct actions in this army such as the Trukk Boyz or the Storm Boyz. Of course Da Jump can also fling units around the board to do actions or get stuck in.  A Great list for other Ork Players to emulate that can work going forward due to the Balance Slate Changes.

Hurray for low model count armies. This list is pre-buffed Knights so all the units here counted as a single model when it comes to holding Objectives. However the Freeblade Armiger did have Objective Secured as one model.  Clearly this list gets better soon as a freeblade doesn’t need to be taken for Armigers to have Objective Secured going Forward.  While this army has a hard time playing the Objectives Game, that doesn’t matter too much when Knights can just sweep units off the board. Hence the Castellan for killing buggy spam with the Relic Plasma and Cold Eradication to get more shots out of its random weapons.

As a House Raven Detachment this army has access to the House Raven Supplement. While the relics and warlord traits of that supplement weren’t used in this list, the Stratagems are still available.  Such as throwing out a 4++ invulnerable to 3 of the Knights to blunt the turn 1 Alpha strike into the Knights.

Well done and Congratulations on coming second with Knights.

Congrats to Travis Armstrong. While he has the Dreadspam in his army, he went about it slightly differently. All of the basic Dreadknights are in a Prescient Brotherhood Outrider as the first difference. Travis also managed to squeeze in a Librarian for a plethora or mortal wounds to be just thrown about. Clearly the list works as he only lost his final game against the Champion of the event himself.

With wins by Orks, Grey Knights and Imperial Knights this was an exciting tournament. With all of the recently released balance changes we’re excited to see how the winning lists of the GTs evolve and change. What are your thoughts on the winners, their strategies and the lists they used? Let us know in the comments below!