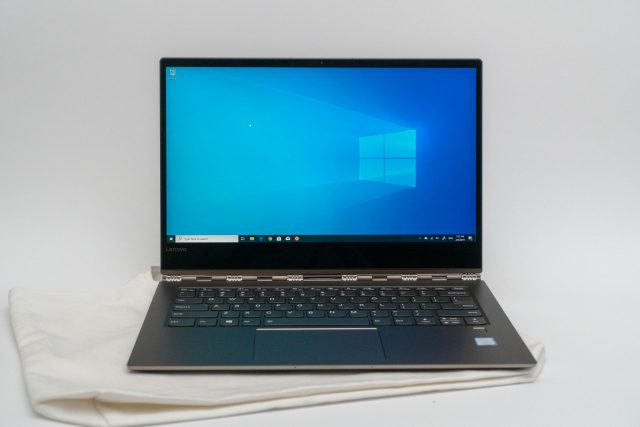 The next release of Windows 10 is expected very soon now. This will be version 1903, also referred to as the May 2019 Update. Formerly known as the April 2019 Update, because it was expected in April 2019, version 1903’s release is a little delayed.

Give the recent string of software qualify issues, the delay in Windows 10 version 1903 should be a good thing. It will allow Microsoft to subject the release to more widespread testing. Version 1903 is available to anyone who signs up for the Windows Insider Programme.

I’ve installed Windows 10 May 2019 on two computers. The first one, on a Lenovo ThinkPad T470s, went without a hitch. My second upgrade, on a Lenovo Yoga 920, met an odd problem. After the upgrade completed, Windows 10 was unable to access my account profile. A temporary profile was created when I logged in with my usual account on that computer. I turned to Google search for help, but unfortunately none of the remedies to restore the profile worked for me. I ultimately created a new profile and copied all the needed data over. The problem I experienced doesn’t seem to be something commonly heard about, so perhaps I was just very unlucky. Your mileage may vary.

Since switching over to Windows 10, I’ve been more active in following Windows developments. Windows 10 version 1903 is mostly a iterative refinement over the previous versions. That’s not to say it isn’t an important update, or there aren’t important new features. However, on a cycle of two feature updates a year, you can’t expect to be wowed too much.

Windows 10 version 1903 adds a new light theme, and offers a new background image. The Start menu has a simplified default layout, though it will appear only on new installations or new accounts.

I won’t go on about the visual changes. There are other functional things that are more important.

This is not in any particular order, but I want to start with the Snip & Sketch app. Microsoft has teased us for a while about the new Snip & Sketch replacing the Snipping Tool. This is a handy app for capturing screenshots. Finally, Snip & Sketch lets you capture single windows, a functionality that, I thought, was rather basic yet missing for such a long time. Snip & Sketch also conveniently puts a timestamp in the default filenames it uses, so you don’t have to waste time replacing the string with something sensible before saving.

While on the subject of security, the respective Camera and Microphone settings pages now show which apps are using your camera and microphone. A microphone icon appears in the systray to alert you when an app is using the microphone.

There are significant enhancements to Narrator in Windows 10 version 1903. This is likely important to people who use Narrator a lot. The experience has been improved, and there are more controls.

The touch keyboard is now updated to allow faster and more accurate typing. Windows 10 version 1903 does this by dynamically adjusting the hit target of each key, based on the prediction of what letter most likely will be typed next. You can be less precise in where you hit the virtual keys, and Windows will ikely still know which key you wanted.

I use Linux a lot, and Windows Subsystem for Linux (WSL) is an important Windows 10 feature for me. WSL, finally, ships with colours setup just right out-of-the-box. Well, almost, anyway. Windows 10 version 1903 introduces several new features. My top favourite is the easy ability to access WSL files from the Windows side. From File Explorer, navigating to \\wsl$\distro_name will put me in the filesystem of that distribution. Or, going to \\wsl$ will show me a list of installed distributions.

There are also other new WSL conveniences such as the ability to import and export distributions.

Sandbox is a new feature in Windows 10 version 1903 designed to safely run untrusted applications in an isolated environment. It is like a virtual machine, and in fact does use hardware virtualisation and the Microsoft Hypervisor technology, except that you don’t have to explicitly create it. This lightweight environment takes up only about 100 MB of space. Sandbox is available only in Windows 10 Pro and Windows 10 Enterprise.

To learn more details about new features in Windows 10 version 1903, check out this detailed post from Pureinfotech.

If you’re preparing your PC for the Windows 10 version 1903, May 2019 Update, do note some caveats. Microsoft has made it mandatory for computers to have at least 32 GB of storage. I don’t think this will be problem for most users.

In the meanwhile, wait for the official drop. If you can’t wait, there’s always the Windows Insider Programme to get a head start.