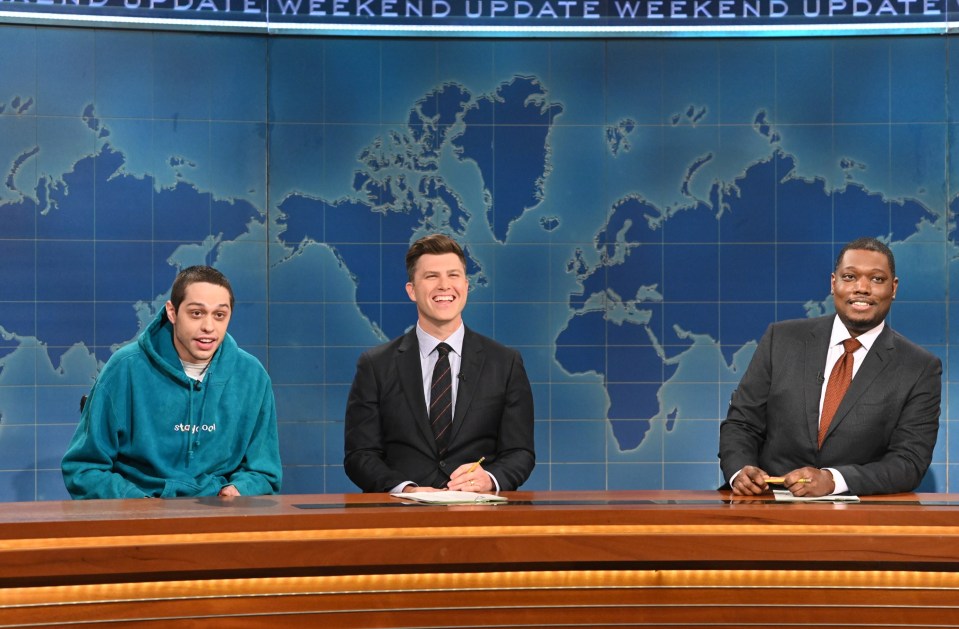 The comedian was met with some resistance from the audience after dropping Teigen’s name on the show.

He began his Weekend Update segment when he addressed Teigen’s hiatus from Twitter, saying: “If there’s one good thing about the pandemic, besides getting Chrissy Teigen out of our lives, it’s …,”

“I’m relieved,” Davidson added, before continuing with the joke about vaccinated people not needing to wear masks, per the Centers for Disease Control.

Some of the audience members boo’d Davidson for the Teigen comment, while others clapped and laughed at his joke.

Teigen took a leave of absence from Twitter before she was accused of allegedly cyber-bullying Courtney Stodden back in 2011 and 2012.

Teigen wrote in a thread to her more than 13million followers on Twitter on March 24 that it was time for her to say goodbye to the social media platform.

She had been on the site for over 10 years sharing her thoughts about anything with her followers.

The model penned a tweet bidding farewell to Twitter, writing: “Hey. For over 10 years, you guys have been my world.

“I honestly owe so much to this world we have created here. I truly consider so many of you my actual friends.

“But it’s time for me to say goodbye. This no longer serves me as positively as it serves me negatively, and I think that’s the right time to call something,” she added.

However, less than a month later on April 16, Teigen announced her return to Twitter.

She wrote a tweet, saying: “Turns out it feels TERRIBLE to silence yourself and also no longer enjoy belly chuckles randomly throughout the day and also lose like 2000 friends at once lol.”

“I choose to take the bad with the good!!, she added.”

In a later tweet, Teigen admitted she spent the past few weeks “just saying tweets to shampoo bottles.”

What did people say about Pete Davidson slamming Chrissy Teigen?

Twitter users praised Davidson for joking about Teigen on SNL, with one writing: “on snl pete davidson just goes “if there’s one good thing about the pandemic besides getting Chrissy Teigen out of our lives…” and i scuhreamed.”

Jamie Redknapp, 47, to be dad again with girlfriend 4yrs after Louise split

Another wrote: “Omg….I feel like I caught the holy ghost hearing that.”

A third replied: “This joke screams to me that he dealt with her bullsh**, and is not a fan.”

Teigen has not tweeted since May 12, 2021, after she issued an apology to Stodden over the platform regarding the bullying allegations.