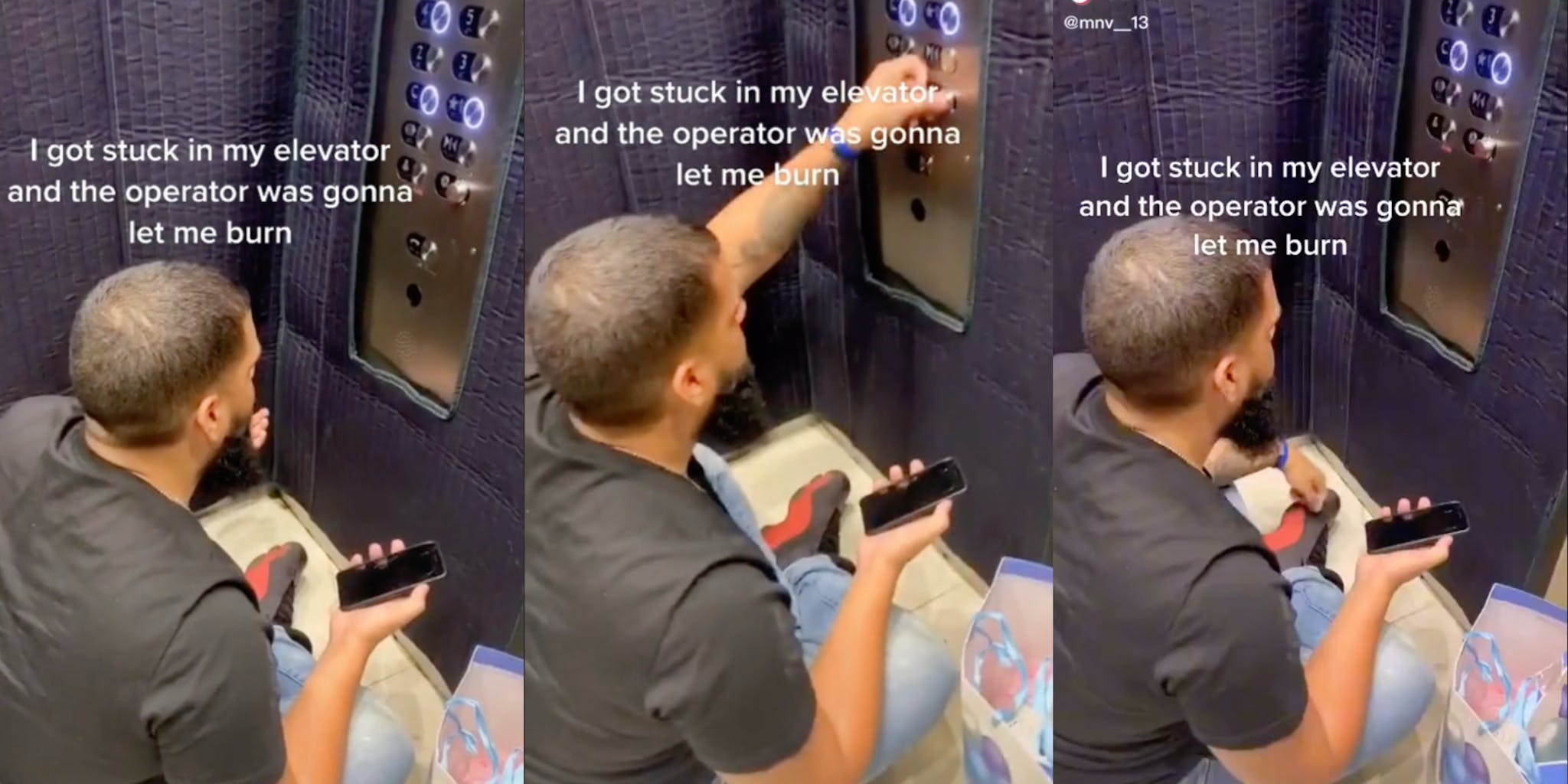 ‘What do you mean, ‘no?’: Elevator operator refuses to call 911 for trapped couple in viral TikTok, sparking debate 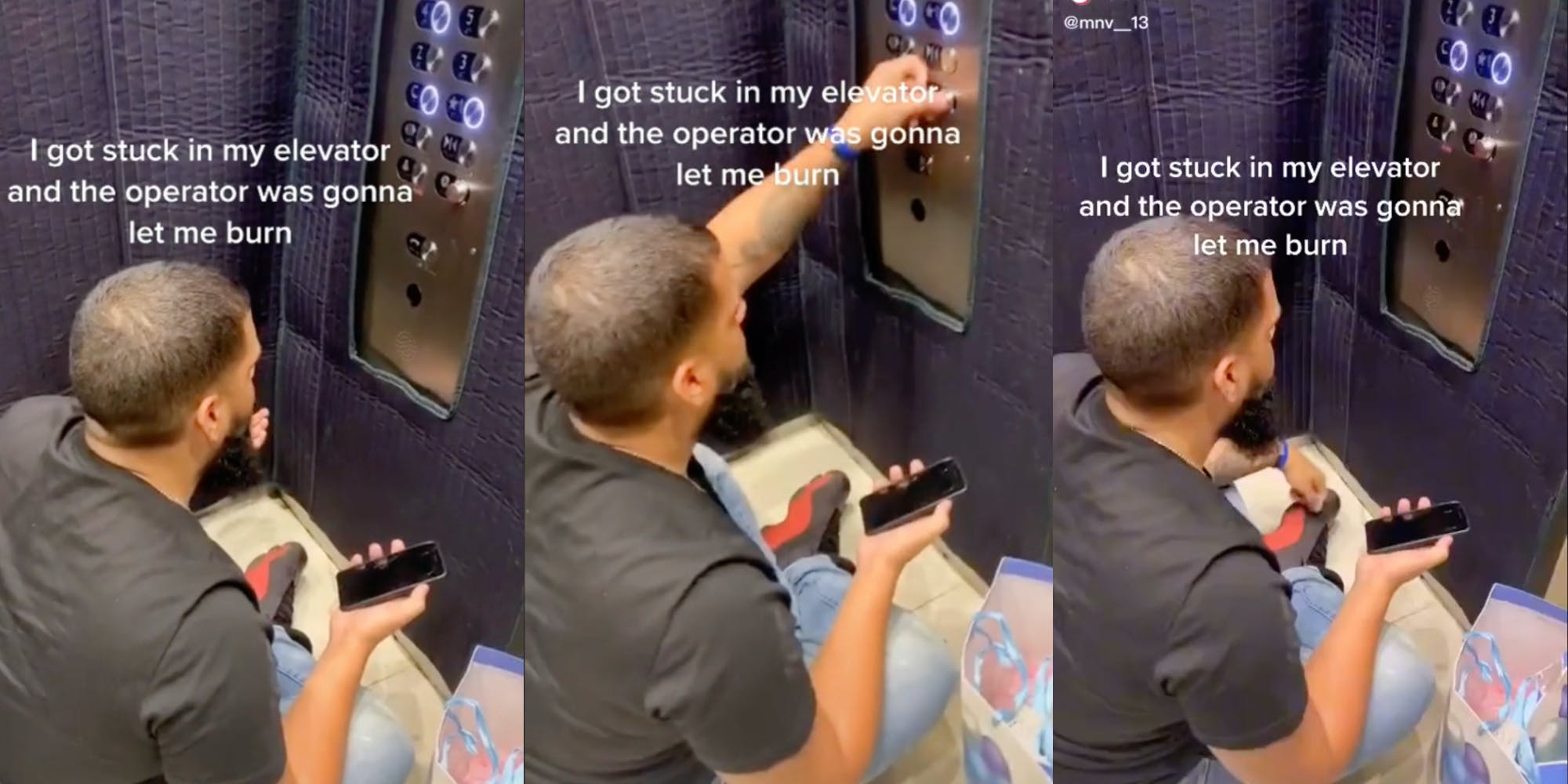 A couple recorded their experience getting trapped in an elevator after an emergency call service provider apparently refused to help them.

The video, posted to TikTok by Matt (@mnv__13), shows him sitting on the floor of the elevator as he tries to reason with the party on the other end of the line. There’s an alarm blaring in the background.

The text overlay on his video reads: “I got stuck in my elevator and the operator was gonna let me burn.” His video has received over 1 million views since it was posted two days ago.

When he gets no response, Matt pressed the service button to try and get help—again.

Matt’s video cuts off after the brief exchange. But in a follow-up video, he said that he and his girlfriend just returned from a party and got stuck in the elevator while going upstairs. He called the operator once he realized he had no signal on his phone, but claimed she “was no help.” It was only once a neighbor heard him yelling, that they were able to call the fire department and get rescued.

In the comments, though, several viewers were appalled that the operator refused to help them.

“Imagine the emergency help operator being outsourced to another country; welcome to late stage capitalism,” one viewer said.

"Nah cuz i would have contacted who ever the operators company’s corporate and ruined her day. Thats litterly [sic] her job bro to operate," a third viewer wrote.

Others, however, noted that this was par for the course for most elevator help lines.

“This is most elevators in the USA,” one user said. “They literally just have a cell phone that calls a help desk somewhere else in the world.”

"The reason they’re not calling 911 is because building have their own mechanics for this," another wrote.

According to several emergency phone manufacturers, emergency lines inside of elevators typically dispatch to call centers or to whoever is in charge of a building's elevator maintenance. Responders are generally able to call emergency services for stuck occupants if necessary.

The Daily Dot has reached out to Matt via TikTok comment.

The post ‘What do you mean, ‘no?’: Elevator operator refuses to call 911 for trapped couple in viral TikTok, sparking debate appeared first on The Daily Dot.

‘What do you mean, ‘no?’: Elevator operator refuses to call 911 for trapped couple in viral TikTok, sparking debate