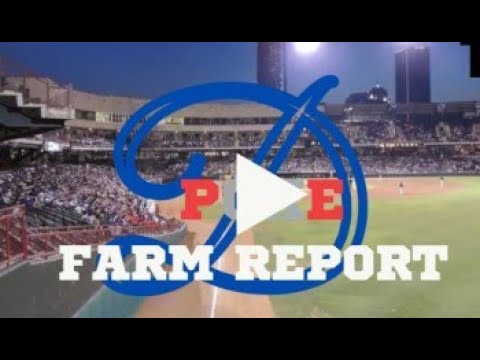 What Happens in Coors Field, Stays in Coors

I hate to say I told you so, but I told you I did not think Clayton Kershaw would pitch well last night. After the game was over Clayton said: “I’m not going to overthink it. “I just sucked today. I haven’t been that bad in a long time.” What was first? The chicken or the egg? Kershaw pitched poorly and it was in Coors Field. No need to overthink it. Move on. Nothing to see her folks. Forgetaboutit! Kershaw’s fastball topped out at 91.2 MPH last night and in the thin air of Denver, his curve and slider had no “bite” so he got bit! End of story!

I fully expect a sweep tonight as Julio Urias has a 5.10 career ERA in Coors Field. We better hope the Rockies don’t make it to the playoffs because they beat us like rented mules there… or so it seems. The only way the Dodgers win tonight is if the bats wake up. Marquez has a 5.58 ERA so that probably means he will shut out the Dodgers. What happens in Coors Field stays in Coors Field – Never speak of this again!

I was watching on my i-Phone at the Grateful Dead Concert… which was a disappointment (to me). It was fun to see , but unless you were stoned, you could not appreciate it and all I had were 2 beers – nothing that was “wacky.” Freddie Freeman and Muncy had two hits each and the Dodgers had 9, but they just could not get any traction. Jake Lamb made his Dodger debut, but someone pulled the wool over his eyes as he struck out. Alberto and JT both hit HR but it was too-little-too-late!

Mookie Betts is finally progressing, but it sounds like it will be another week or 10 days until he gets back. Someone said this:

“You know who else did pretty good at leadoff? The guy who has pretty much hit there his entire career and was leading the majors in runs by a good amount before he got injured. You don’t move your superstar under contract for the next 10+ years out of his preferred spot when he is performing well above average there. Mookie’s our leadoff hitter period.“

So, I did a little research and here is the breakdown “career-wise” of how Mookie hits at leadoff:

That’s pretty good, but not as good as when he hits #2:

So, to say “Mookie is our leadoff hitter. Period!” is only an opinion. It is not supported by facts. Personally, I do not think it should continue. I think this lineup needs shaken up! Sometimes change for the sake of change is good. When Mookie comes back, why not try this:

The Dodgers hitting has been excellent at times, but not consistent. Why not try that? What harm can come from it? I know that Mookie likes to lead off, but I would hope he likes to win more. Put aside any selfish proclivities and take one for the team.

I will address the Freddie Freeman issue when I know more. This is still playing out! I have no comment at the present time.

Future Dodgers Down on the Farm

What Happens in Coors Field, Stays in Coors