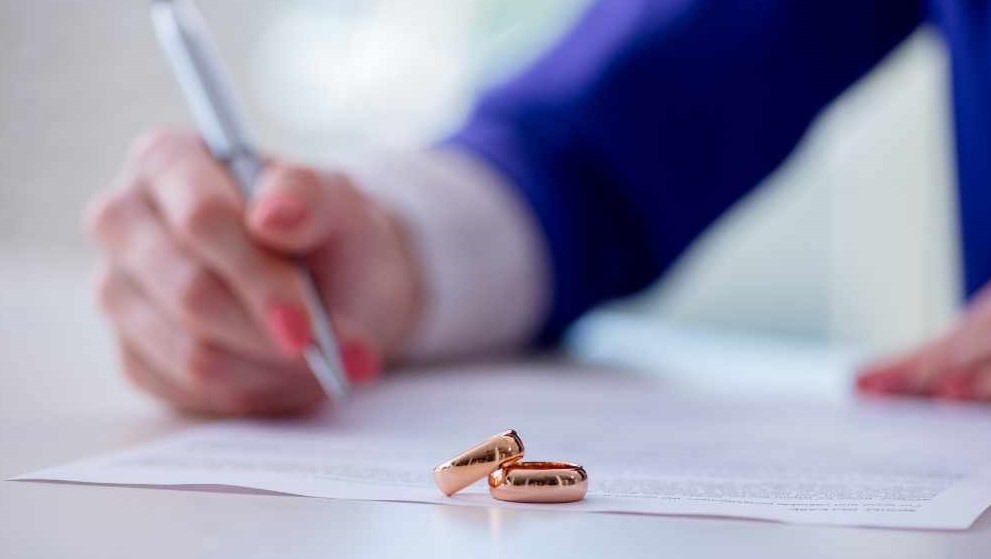 For better or for worse…until death do us part; as the traditional vow goes. But what happens if a marriage doesn’t work out as planned? Lengthy legal battles can ensue over who gets what. That is, unless you have a prenup.

9 Things to Consider Including in a Prenup

Researchers estimate that around 50 percent of all marriages will end in divorce or separation. Things don’t get much better the second time around, with 60 percent of all second marriages ending, and 73 percent of all third marriages ending. With statistics like that, it certainly seems worth putting in some work to fix your marriage, but if it really is broken beyond repair and divorce is the path that will be pursued, you’ll need to come to some sort of an agreement on how to partition property equitably, custody arrangements, etc.

If you’ve considered all these factors in your prenuptial agreement, this process will be a lot less costly in terms of time, stress, and money. The average divorce costs an average of $50,000 to six figures  (and beyond) between court fees and legal fees. Once all is said it done, it’s unlikely that either party will walk away fully feeling that they’ve retained what is rightfully theirs.

Could there have been a better way to handle it?

A prenup is really about financial assets and concerns, like how significant assets would be handled in the event of divorce proceedings. It’s not a marital agreement about who will do the laundry or wash the dishes. However, a premarital agreement can be used as a tool for married couples to discuss financial issues, like deciding which future spouse will handle certain responsibilities. A prenuptial agreement cannot spell out what will happen in terms of child custody, but it can spell out what will happen in regards to spousal support in the event of divorce proceedings.

Some religious traditions have a marriage contract that discusses marital property and marital assets, like a house and money. The personal and property rights outlined in such a document are a great way for an unmarried couple to commit to their marriage. But while it’s certainly meritorious if they keep their word, it’s not going to be a valid prenuptial agreement in court. The legal document of a marital agreement needs to be crafted with legal counsel because family law differs in every state, and the process for making a prenup a legally binding document differs from state to state.

You don’t need a prenup in order to get married, and pretty much every state has divorce laws about what happens when the bonds of everlasting love are broken—much relating to whether the couple resided in a common law state or community property state. However, having a prenuptial agreement in place can help avoid additional problems if the marriage ends.

Prenups tend to have a bad reputation because people assume that getting a prenup means you think your soon-to-be marriage won’t last. The philosophy and theology of such a topic is beyond the scope of this paper, but on a practical level you might compare it to life insurance or car insurance. Nobody thinks they’re going to die before their time and need life insurance. Nobody thinks that getting car insurance means that they’ll get into an accident. These are just mechanisms put in place to activate an action plan after an unfortunate event. A prenup is the same thing.

9 Things to Consider Including in a Prenup

In common law states, real estate acquired during marriage is considered shared and would be split 50-50 in the event of a divorce. If you’re going to part ways, this is not really a tenable situation (no matter how big your house is), so you would most likely need to sell the house and split the proceeds from the sale.

A prenuptial agreement can override common law by specifying how future assets, like a home, will be acquired and who it will belong to in the event of a divorce. This is not universally true in every state, so consult with an attorney.

Assets you own before getting married can become jointly owned through an agreement or transfer of title. For example, in some states a home owned by one spouse prior to marriage could arguably become common property if funds from the other spouse (or even funds from a joint bank account) are used to pay the mortgage. Adding a future spouse to a checking account so they can have a debit card can also have ramifications that can be avoided with a prenuptial.

Speaking of money, cash and other liquid assets can be kept separate over the course of a marriage, and retained by the spouse that owns them in the event of a split. But what if you pool your assets in a joint bank account or joint retirement account? A prenup can clarify what will happen if this occurs, and help avoid squabbles over how to split the cash.

Likewise, a prenup can be used to help each spouse keep their investments separate, or define what will happen to a jointly owned account, like a brokerage or IRA.

A prenup can also be a space to discuss expectations about saving and investing over the course of your marriage, even if it doesn’t end in divorce. For example, it can set the expectation that while married one or both spouses will contribute five percent of their income toward a mutually owned retirement plan.

Who gets the kids and when is easily one of the biggest sources of conflict in divorce. Parents will also fight over who gets to be involved in important decisions, such as school, religious upbringing, and healthcare. Unfortunately, a prenup can’t do much in this area because the courts will do what is in the best interest of the child. The same is true regarding child support.

However, you can use the prenup to discuss children from a prior marriage and their inheritance. Without specifying what happens, the state’s inheritance laws and the probate process might prevent your intended heirs from getting what you’d like, as your surviving spouse will have the strongest claim to your property after death and may choose to partition it among their own children from a previous relationship or even the children the two of you had together over the course of your marriage. This is why a prenup can also be a great estate planning tool.

Additionally, you might even consider setting up a living trust. Schedule a consultation with an Anderson Advisor’s estate planning expert today for more information about the benefits and process.

If you own a business, a prenup is a great way to make sure that your business stays your business, unless of course you’d like to share it with your partner—in which case the prenup will clarify what happens in the event of divorce.

Even if a business or your shares of business ownership are not a significant portion of your net worth, it’s still a good idea to distinguish that the business is outside the control of your spouse

A prenup can also be used to protect tangible items with sentimental value, and make sure that they are passed on to the person of your choice, rather than being appropriated by your spouse. You might wonder what a spouse would get out of your personal effects in the event of a split, but if they have monetary value they could be sold for profit, a prenup can prevent that from happening.

There is also the question of sentimentally valuable items you acquire during the course of your marriage, especially in a community property state. If you want to make sure they remain yours, an action plan for distinguishing certain types of assets as individually owned can be discussed.

A prenuptial agreement can clarify who is responsible for what debts, especially debts belonging to one of the spouses and brought into the marriage. If you don’t want to be roped into the financial responsibility of settling a debt your partner took on before you met, or even one they choose during the course of your marriage, a prenup is your place to draw the line.

As mentioned in the stock investment section, prenups don’t have to be entirely dedicated to how you will deal with the unfortunate event of a divorce. A prenup can also spell out roles and responsibilities each person will be expected to adhere to during marriage, such as who will file taxes, pay the bills, work, and manage the finances.

You can’t spell out non-financial obligations, like who will cook dinner or who will wash the dishes, but some couples will use the crafting of a prenup to discuss their larger vision of how the home will function.

Do Both Parties Need a Lawyer for a Prenup?

It’s a good idea for each spouse to have a separate lawyer review the prenuptial agreement and determine that it will indeed protect the best interests of their client.

You can craft an agreement outlining all the points raised above and sign it, but since it’s signed and dated after your marriage, it’s not called a prenuptial agreement. Rather, it’s called a postnuptial agreement, and it is still legally binding.

Keep in mind that if one spouse is unwilling to sign a prenup or agree to certain parts of a prenup, setting one up after you’ve tied the knot might be more difficult.

A prenup doesn’t have to exude a feeling of doom and gloom about married life. It can be a valuable tool to set financial expectations over the course of a marriage.

When all is said and done, a prenup is mostly about defining financial issues and assets. It’s just one of many asset protection tools you can use to protect wealth and investments.

If you’re looking for other financial planning tools, join the Anderson Advisor’s  Tax and Asset Protection Workshop. Our experts teach real-life strategies for saving money on your taxes, planning for retirement, and more.

We look forward to seeing you there!

Receive a detailed risk assessment to assist in lowering problem areas that could wipe out all of your assets with one wrong move. Speak with an Anderson Professional Advisor to get your FREE Strategy Session. Limited-Time offer: FREE (a $750 value.)

The post What is a Prenup? appeared first on Anderson Business Advisors | Asset Protection & Tax Advisors.