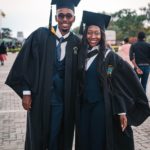 What Roles Does Marriage Play In Growing Inequality?

Inequality has risen noticeably over the last 50 years, with some commentators suggesting that marriage may play a role, as university-educated women are far more likely to marry university-educated men.  Research from the University of Wisconsin–Madison suggests this theory is overblown.

The researchers argue that people have always tended to marry those with similar professional and educational profiles, but that the increase in numbers of professional women has significantly changed the household income of couples.

These changes are largely a result of changing availability rather than changes in our preferences, therefore our marriage choices have had little impact on the changes in income inequality.  Indeed, the authors argue that if matches based on occupation were completely random, the increase in income inequality would be just 5% lower today than it was in 1970.  Indeed, the income gap between those with similar jobs and those with different jobs explains most of the 49% increase in inequality since 1970.

The numerous changes in the economy over the past 50 years have led to significant differences in the jobs held by men and women.  For instance, the share of professional women has tripled to stand at around 35%, while men have become less likely to work in blue-collar jobs during the same period.  These trends have significantly affected marriage patterns, with the rise of the dual-professional household particularly prominent.

“There have been giant changes in who people are married to, but those seem to be mostly the result of broad economic changes. Because we found all of these changes were really about the availability of potential partners in different jobs, the actual changes in matching beyond that were basically nonexistent,” the researchers say.

It also emerged that the income of married men has been in decline during the same period (but not married women).  This is largely due to stagnant wages, a decline in well-paid blue-collar jobs, and a small drop in the percentage of men working.  Often these losses have been offset by wives earning more and occupying well-paid professional jobs at a faster rate.

The researchers analyzed half a century of trends in occupational assortative mating, which is when we marry those with similar jobs to ourselves.  They used census data to analyze around four million couples who had married between 1970 and 2017.

During this period, the rise in women in professional jobs meant that dual-professional marriages became the most common form of coupling out of the 25 different forms of pairings of job categories.  Indeed, by 2017, professional couples accounting for 25% of all married couples, up from just 7% in 1970.

The analysis suggests that most of the differences are due to changes in the jobs individuals have rather than new patterns in marriages per se.  These trends force us to challenge many of the assumptions we have long held, both about marriages but also inequality.

“There’s this idea that assortative mating should increase inequality across households if, say, doctors marry other doctors when they once may have married nurses,” the researchers conclude. “That has seemed really intuitive to people. But the research hasn’t borne that out.”

The post What Roles Does Marriage Play In Growing Inequality? first appeared on The Horizons Tracker.
Source: adigaskell

What Roles Does Marriage Play In Growing Inequality?