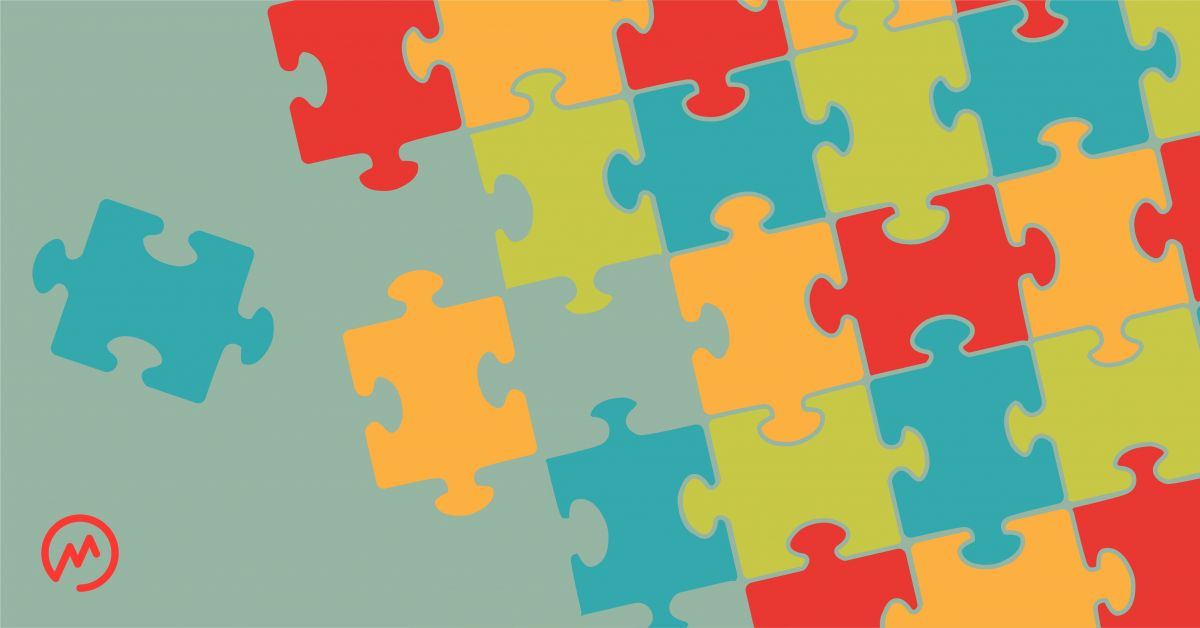 What’s Tested on the Executive Assessment?

The Executive Assessment is an entrance examination for Executive MBA programs and it’s also now accepted by a number of MBA and specialized Master’s programs. It’s made by the same organization, GMAC, that makes the GMAT—and, in fact, the two exams are very similar.

The Executive Assessment (EA) is made up of three sections that appear on the EA in this order: Integrated Reasoning (IR), Verbal Reasoning (Verbal), and Quantitative Reasoning (Quant). (The GMAT contains these same three sections plus an Essay section. I’ll continue to address some of the main differences between the GMAT and EA as we go.)

For the Executive Assessment, people stress the most about the Quant section, followed closely by the IR section…and then they get around to thinking about the Verbal section. So I’m going to address the sections in order from most-to-least stressed-about: Quant, then IR, and finally Verbal.

The Quant section consists of the same two problem types (Problem Solving and Data Sufficiency) that appear on the Quant section of the GMAT, but the EA is considerably shorter: You’ll have 30 minutes to answer 14 problems. (The GMAT makes you answer 31 problems in 62 minutes). On both exams, you’ll have about 2 minutes per problem, on average.

The single biggest difference between the EA and the GMAT is that geometry* has been removed from the EA. But, yes, I had to add an asterisk there. Did you know that, among mathematicians, coordinate plane is considered algebra, not geometry? (You might have learned this in high school, as I did…and then completely forgot about it, as I did, until it came up again for the EA.) So it’s true that geometry is not tested on the EA…but coordinate plane can still show up, since it’s not “really” geometry.

I do know how to do geometry, since I also teach the GMAT, but I wanted to take the EA in the way that I’m advising my students to take it. Unless you happen to be a big fan of coordinate plane, I wouldn’t study it and I’d just guess randomly (bail) if you do see one on the test. Everyone needs to go into the test with a “bail” list—the things on which you’ll guess immediately when you see them. I’d put coordinate plane on that list (again, unless you happen to just love this topic).

A “bail” problem is one that you just don’t want to do. (Okay…that’s true for all of them. But it’s one that you actually are not going to do.) Assume that you’re going to bail on 2 to 3 problems out of the 14 you’re given in this section—you’re literally just going to guess in 15 seconds and reallocate that time to other problems in the section.

Why? Unless you’re trying to get everything right so you can teach for us…you in fact don’t need to get everything right. Standardized tests are literally built to not give us enough time to answer all of the questions to the best of our ability. Part of what they’re testing is whether you can make good decisions about what not to do—just as a good executive must every day.

So rather than spreading 30 minutes across 14 problems, spread that 30 minutes across 11-12 problems and give yourself a better chance of actually answering a majority of those ones correctly. Plant in your brain right now the idea that you are *not* going to try to do it all.

If you’ve studied for the GMAT and are familiar with the strategies Choose Smart Numbers, Work Backwards, and Test Cases, you can definitely use these strategies on the EA, too. You also can (and should!) estimate—I found I was able to do this even more than I do on the GMAT.

As far as the rest of the quant material, the EA appears to test everything else that the GMAT tests. If you’re using our books to study, I would emphasize the following:

Everything except geometry. We use this book heavily in our EA live course. (Note: Although the title says GMAT, everything in this guide applies to the EA with the exception of most of the geometry topics.)

This book is split into 5 units by major content area. Within each unit, there are also strategy chapters—how to do Data Sufficiency, for example, or a series on Arithmetic vs. Algebra. Do all of the strategy chapters in every unit except for geometry.

For math topics, I’ll list the specific areas within each unit that are most likely to show up on the EA.

The All the Quant guide comes with an accompanying ebook containing advanced math topics—no need to study those topics. The problems on the EA rarely get that hard.

When talking about the GMAT, I’d normally leave Integrated Reasoning to the last, since this section doesn’t matter as much on the GMAT. On the EA, however, your IR score is incorporated into your Total score (along with Quant and Verbal), so on the EA, you do have to be well-prepared for IR.

As on the GMAT, you will answer 12 IR problems in 30 minutes and you will have access to an on-screen calculator. (You don’t get a calculator for the quant section.) Use the calculator when you need it, but be careful not to use it as a crutch—keep your thinking cap on. A lot of times, you’ll be able to estimate to the point that you won’t even need to pull up the calculator and start punching numbers in. Only one answer will make sense. Look for those opportunities to estimate / get quick-and-dirty with the math.

IR is a mix of quant, verbal, and logical reasoning skills. If you manipulate and analyze data at your job already, then at least two of the four IR problem types will feel not-too-weird to you: Tables and Graphs. You’ll be asked to do some analysis that involves reading and pulling data from the table or graph and synthesizing it in some way.

Multi-Source Reasoning (MSR) problems can be a little more complicated, but they are primarily about synthesizing data and information from multiple sources—two or three different tabs of information. Presumably, you already do this kind of information synthesis on a daily basis at work.

The fourth IR type, Two-Part, is a pretty classic “standardized-test” type of problem: You’re given a multiple-choice problem and have to solve for or find the answer. The twist, as the name Two-Part implies: You have to find two answers, not just one, for each problem.

The more verbal- or analytical-reasoning problems will not require you to bring in any outside factual knowledge, but the more quant-focused problems do require you to know various quant facts, rules, and formulas.

Luckily, the quant material is the same material you’ll be studying for the Quant section of the exam. The released official IR questions tend to focus on the following quantitative concepts:

Want to try one? GMAC has posted some official sample EA problems on its website. (Note: Create a free account in order to access the problems.)

Our Integrated Reasoning & Essay guide says GMAT on the front cover but actually fully includes EA strategy as well as GMAT strategy in the guide itself. Every time we talk about overall strategy in that book, you’ll see two sections: one for EA and one for GMAT. If you use this guide, read the EA part and skip the GMAT part.

If you sign up for a free account on the official EA site, you can also try some sample Verbal problems.

SC problems are grammar problems. You’ll be given a sentence and 5 answer choices, representing variations on the original sentence. You have to say which version of the sentence is the best one—logical, unambiguous, and without any grammar errors. Plan to study all major rules and areas for SC: meaning, sentence structure, modifiers, parallelism & comparisons, and so on.

If you’ve never had a solid grounding in grammar (including how to recognize different parts of speech), then you may want to start with something like our Foundations of Verbal strategy guide and work your way up to the regular Sentence Correction unit in our All the Verbal strategy guide. In that second book, learn the main lessons for the major grammar topics and ignore anything that the book says is more advanced or more rarely tested (especially in the advanced chapters found in the All the Verbal Companion ebook that comes with the physical book).

The CR problems found in the official EA verbal problem set cover the full range of GMAT CR question types, with an emphasis towards Inference and Strengthen problems. There are also a decent number of Weaken, Find the Assumption, and Discrepancy problems.

But on the real test, it seems to be the case that Find the Assumption and Weaken problems are also similarly frequent. If you use the CR unit of our All the Verbal strategy guide, study the whole unit but prioritize Strengthen, Weaken, Find the Assumption, and Inference. The Companion ebook that comes with this strategy guide includes an extra chapter on wrong answer analysis for CR that you might find useful.

This is a classic standardized test problem type: You read several paragraphs of information and then answer several questions about that same passage. Our teachers taking the real exam have all been given one RC passage with 4 related questions. We’re assuming that this is the standard pattern and most or all test-takers will see this.

The passages and question types in the EA official tool run the gamut—Science, Social Science, and Business topics, and all of the usual question types. As on the GMAT, Specific Detail and Inference questions are by far the most common, with a smattering of Primary Purpose / Main Idea and various minor question types.

That covers all three sections of the Executive Assessment. Good luck and happy studying!

NEXT: How to Prep for the Executive Assessment 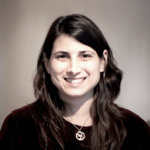 The post What’s Tested on the Executive Assessment? appeared first on GMAT.

What’s Tested on the Executive Assessment?