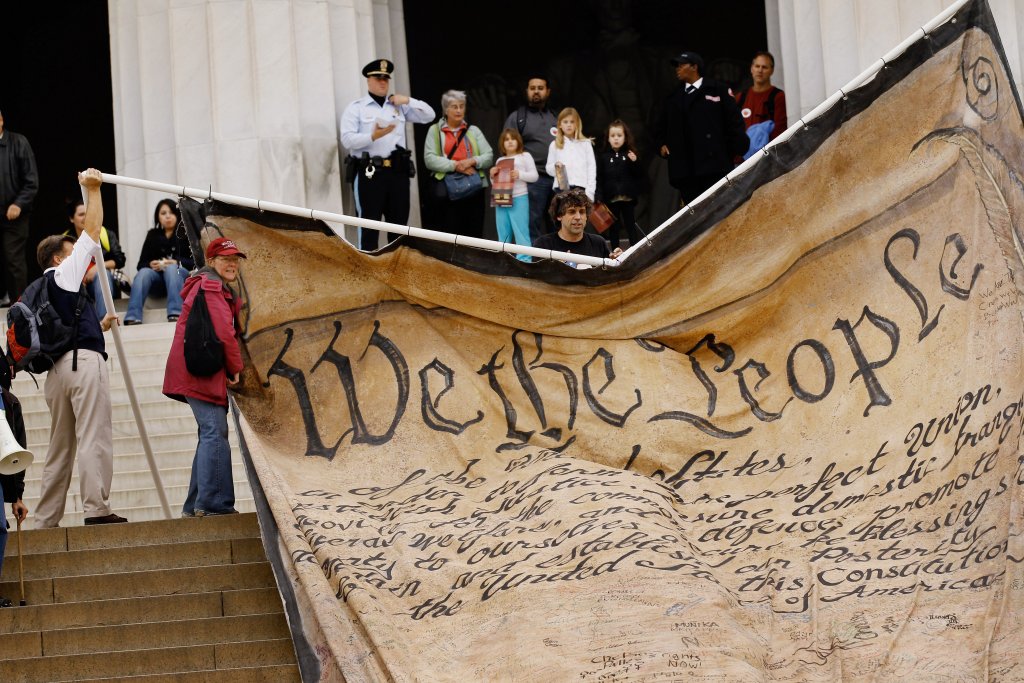 The Association of American Law Schools—known by all law professors as the AALS—is holding a conference in May to propose reforms suggested by the experience of the 2020 election. According to the group’s announcement, the goal of the conference is “to consider how to rebuild democracy and strengthen the rule of law.”

The AALS has it exactly backward. The 2020 election demonstrated that American democracy is basically healthy. Democracy does not need to be rebuilt. It is the rule of law that lies in tatters.

Our problem is not the voters or even self-seeking and dishonest politicians. Our problem is lawyers and law professors who no longer believe in the rule of law. Unfortunately, that skepticism is now affecting the faith of the public in judges and the legal process.

We saw in 2020 how important the rule of law is for democracy. In repeated, baseless attacks, former President Donald Trump’s campaign charged widespread voting fraud, and other illegalities, that, it was said, deprived Trump of re-election.

These claims went to court in numerous lawsuits and were largely rejected. And even where the claims had arguable legal merit, such as the Pennsylvania Supreme Court three-day ballot extension, they did not affect the outcome of the presidential election. Joe Biden was elected fair and square.

Election officials, both Republicans and Democrats, performed their obligation and certified the results for Biden based on the failure of these lawsuits. They did their job for American democracy.

Shamefully, many Republicans in Congress supported the false claims of the Trump campaign and objected to some of the election results. Nevertheless, in the end, they failed to defeat American democracy.

Fortunately, these election fraud claims are now receding, even among Republican office holders who argue for imposing new voting restrictions.

In recent testimony before the Pennsylvania Senate committee on election integrity, Westmoreland County Commissioner Doug Chew admitted that he did not see evidence of voter fraud or election improprieties in 2020. This did not keep him from urging a pause in mail-in voting, but it certainly rendered his position incoherent.

But, while the overall performance of the election machinery was heartening, a little noticed cancer was growing in media reports concerning these Trump lawsuits. It became commonplace for the media to identify judges who ruled on these lawsuits by which president had appointed them.

The media apparently believed that the public would more readily accept the ruling of a judge against the Trump campaign if Trump had appointed that judge. The feeling was that if his own judges did not vote for Trump’s legal position, there must really have been no case.

Trump had the same expectation. He seemed to anticipate positive treatment by the three justices he had nominated to the U.S. Supreme Court and was disappointed when he didn’t get it.

I’m sure that before the 2020 election, news reports might occasionally have mentioned the President who appointed a particular judge. But I don’t remember ever before reading about that in almost every story, as I did in 2020.

This view that judges are partisan and will rule for their side if they can is the opposite of the promise of the rule of law. Obviously, it should not matter at all which president appointed a particular judge.

This problem of perceived judicial partisanship has been growing for some time. It surfaced dramatically in Bush v. Gore, the case that handed the 2000 election to President George W. Bush.

Alan Dershowitz blasted that decision as “the single most corrupt decision in Supreme Court history because…the majority justices decided as they did because of the personal identity and political affiliation of the litigants.”

Then, in 2018, Trump attacked U.S. District Judge Jon Tigar as an “Obama Judge” over an asylum immigration ruling. That attack drew the attention of Chief Justice John Roberts, who defended the rule of law.

Roberts issued a pointed statement, claiming “We do not have Obama judges or Trump judges.” What we do have, he said, is an “independent judiciary.”

This was the moment for the AALS to defend the rule of law. Instead, there was silence. Nor was there any swelling of support for Roberts among law professors generally. No petitions. No statements by Deans of law schools.

The reaction was actually worse than silence. On the political right, Randy Barnett, noted constitutionalist at Georgetown Law School, agreed with Trump, tweeting that “If you don’t think presidents of each party (try to) select judges with differing judicial philosophies, you haven’t been paying attention.”

On the political left, the American Constitution Society is pushing to add seats to the Supreme Court in order to dilute the influence of Trump nominees, demonstrating that liberals know there are Trump judges—in fact too many of them.

Is it any wonder that in every story about a judicial decision concerning politics, the public now expects to hear whether the judgment was rendered by an Obama judge or a Trump judge?

The rule of law cannot long survive this lack of faith in an impartial judiciary. Eventually, the public will either accept decisions by judges as basically fair or resort to the kind of direct action that we witnessed in the riot at the Capitol on Jan. 6.

In the next election, when we need public acceptance of judicial decisions, it may not be there.

The crisis in the rule of law will not be easily resolved. Its origin lies deep in the post-modern critiques of objectivity and truth that are now commonplace in American law schools from both the left and the right. We have become nihilists and relativists.

It turns out that the rule of law requires a commitment to something like the Rev. Dr. Martin Luther King, Jr.’s view of history—that it is long but it bends toward justice. That view includes a faith that over time, the legal system will get things right. That there is an underlying moral order to things that the law will recognize.

Failing that faith, the rule of law becomes impossible.

That is the crisis that the AALS should be considering at its May conference.

The post What to do about the coming crisis in the Rule of Law | Bruce Ledewitz appeared first on Pennsylvania Capital-Star.