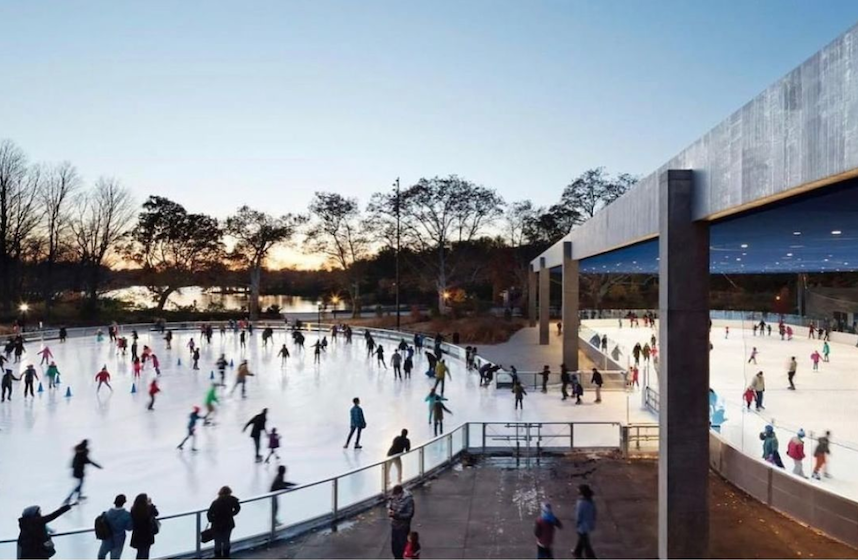 It’s Friday, everybody, and that’s something to feel good about, even if loss of Daylight Savings feels especially brutal this year AND I’m officially in the throes of my first cold in two years. To be honest, I sort of forgot what it’s like to be sick (which I know is a fantastic stroke of luck under the circumstances), and either my immune system is a rusted out, atrophied husk or the common cold is a lot more miserable than I remembered. I’m still working from home, and I’ve been trying to stay sane and get a modicum of Vitamin D by blocking an hour on my calendar at 3pm or so to walk outside, but I’ve spent the past two days surrounding by balled up tissues in a pseudoephedrine haze, listlessly scrolling through an endless array of online holiday gift guides and wondering if I really need to start shopping now to avoid supply chain issues. I do hope your respective weeks have been healthier and more enjoyable, and that by the time tomorrow rolls around we’ll all be able to participate in a lovely fall weekend that is pretty jam-packed with potential activities, especially given the fact that we’re not quite through the pandemic.

Tonight, for example, Groupmuse is hosting an indoor Massivemusic concert at Bushwick’s Moto Spirits featuring music from Brahms, Carlos Simon, and Arnold Schoenberg, complete with whisky and an invitation extended to your dog. Meanwhile, in Red Hook, Pioneer Works is screening Tour Without End, a film by Laura Parnes that casts musicians, artists, and actors as bands on tour experiencing all of the fun, funny, tense, and complex dynamics that necessarily entails. As an added bonus, intermissions will include live performances from some of the featured acts, like The Blow, Macy Rodman and CRICKETS.

I have plans tomorrow night to meet friends at Ernesto’s, which I’m looking forward to as it’s one of the best places I’ve eaten in recent memory. But, I also had a great dinner at Sereneco in Greenpoint with my sister last weekend, and a recent discovery that F&F Pizzeria will deliver to my apartment provided the perfect end to a Sunday afternoon of day drinking at Mama Tried. Speaking of Greenpoint, Greenpoint Fish just started a six-month residency at the Franklin Street location of Threes Brewing, which means you can complement your beer with oysters, lobster rolls, fish tacos, and other highlights from the menu. And in other food news, Farm to People and 1:1 Foods are launching a new line of ready to eat meals made with farm-fresh and ethically-sourced foods, and they need a bunch of taste testers to sign up for a selection of dinners in East Williamsburg, called the R&D(inner) Series, taking place over the next few weeks.

Also on tap this weekend are the final shows of the 2021 New York Comedy Festival lineup, which include some big name performances from the likes of John Lovett, Colin Quinn, Michael Rappaport, Marc Maron, Nick Kroll, Michelle Buteau, and Punkie Robinson. Alternatively, you can stay in and watch the debut HBO special from Queens native Ricky Velez, who you may recognize from his role as Pete Davidson’s friend in The King of Staten Island.  Today and tomorrow, The Brooklyn Folk Festival returns to St. Ann’s Church with a robust schedule of concerts, workshops, talks, poetry, and of course the annual Banjo Toss into the Gowanus Canal. And, in a development that is particularly exciting to yours truly, the ice rink at the LeFrak Center in Prospect Park is finally open for the season, which means you can sign up for skating lessons, hockey and curling leagues, or just go for an open skate.

On Sunday, assuming the weather cooperates, Talea is hosting a Sunday Sweater Party with cocktail specials, seasonal snacks, a Four & Twenty Blackbirds pie popup, and — obviously — delicious beer on tap. If you’ve got a lot of energy to burn, you might consider doubling down and walking a few blocks to the Williamsburg Block Party happening from 12-8pm, which includes treats and special deals from spots like Brooklyn Brewery, Levain Bakery, Mable’s Smokehouse, and more.

If you’re looking for some cultural stimulation this week, David Zwirner Gallery has a new exhibition of Hilda af Klint, whose work was featured in an incredible show at the Guggenheim that was one of the last things I saw before the city shut down. On Monday night, Pulitzer Prize-winner Nikole Hannah-Jones will be appearing in conversation with Ta-Nehisi Coates at BAM to discuss her new book, The 1619 Project: A New Origin Story, and the very next night a host of journalists, artists, filmmakers, animators, and musicians will take the same stage to perform the first live Pop-Up Magazine since the pandemic started. I’ve heard great things from an actor friend about Dana H, a play that opened recently at Lyceum Theatre, and this review of while you were partying at the Soho Rep also caught my eye.

However you end up spending your time over the next week, I hope it is filled with fun and friends and feel-good vibes. We’re all long overdue for that, and I can’t wait to get out there again once my sinuses cooperate. Have a great weekend, BBers, you deserve it!