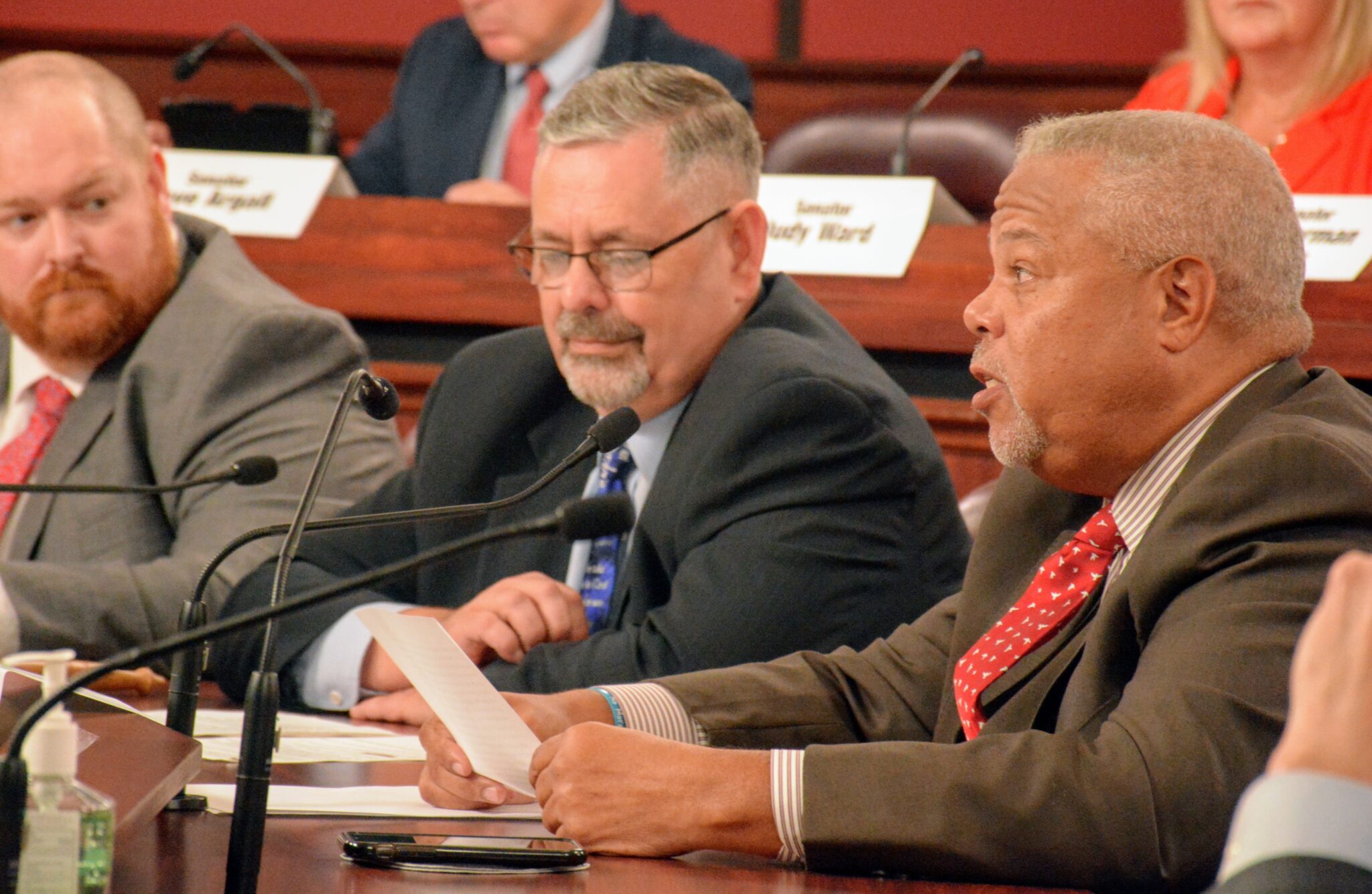 What to know about the vendor that’s conducting the Pa. Senate’s election investigation 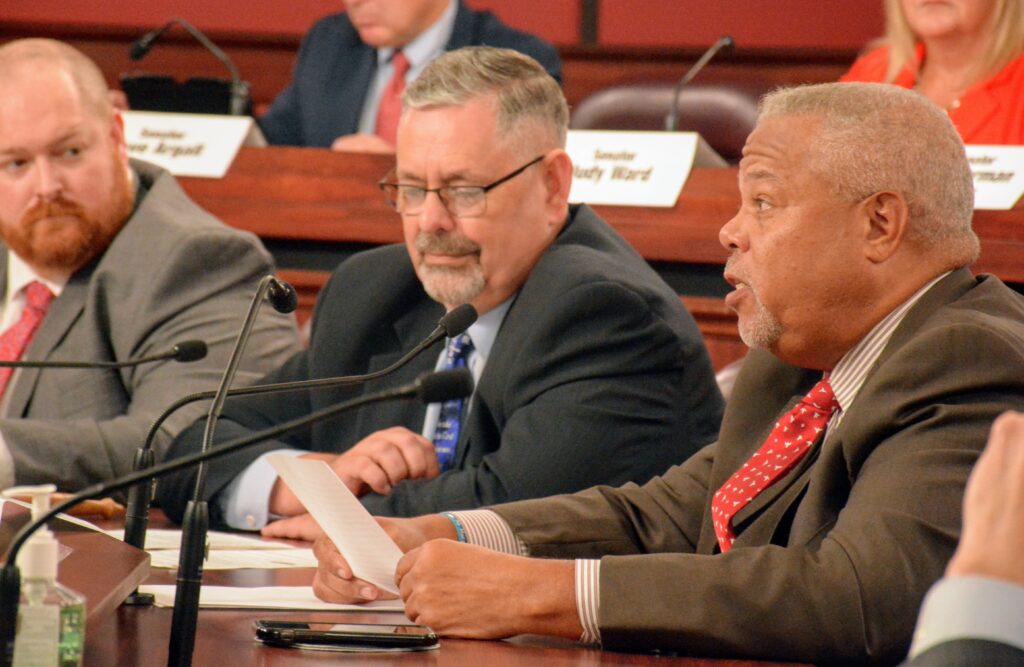 More than a year after voters elected President Joe Biden and 10 months since the results were certified, a third-party vendor, contracted through the Pennsylvania Senate Republican caucus, is poised to begin reviewing the 2020 general and 2021 primary elections.

The Pennsylvania Senate has entered into a six-month, $270,00 agreement with Envoy Sage, LLC as part of efforts to investigate the electoral process and identify possible weaknesses in the state’s election law. The company has no previous direct experience investigating elections, according to its website.

But beyond Steven Lahr, the Iowa-based consulting firm’s president, not much is known about Envoy Sage’s clients or previous project history.

Without going into specifics about the probe or the team carrying it out during a Tuesday press call, Lahr and Sen. Cris Dush, R-Jefferson, who is leading the taxpayer-funded investigation as chairman of the Senate Intergovernmental Operations Committee, said they are focused on election integrity.

“Our role is to provide investigative expertise, tools, and analysis that are not organic to the Senate,” Lahr said.

Legal challenges have delayed the potential release of voter information from the Department of State, including driver’s license numbers and partial Social Security numbers. Arguments for the consolidated cases, filed by legislative Democrats and state Attorney General Josh Shapiro, are scheduled for Dec. 15 in Commonwealth Court.

In the meantime, Envoy Sage will review some subpoenaed information, but not voters’ private information, from the Department of State.

Dush did not take questions from reporters during the call. But in opening remarks, he said the review aims to identify strengths and weaknesses in the election system. He added that updates might not happen as often as people would like.

Envoy Sage’s contract covers document analysis, consultation, review of election concerns and affidavits submitted to the committee, analysis of election integrity initiatives, and planning and consulting services to review anything received from the Department of State. The agreement also has an option to extend if necessary.

Lahr, an Army veteran who worked for more than two decades within the United States Department of Defense, did not respond to a Friday interview request or a detailed list of questions sent Monday morning.

On Tuesday, he boasted about his time in the military and work in the private sector, telling reporters that he has more than 35 years of experience conducting research, analysis, and audits. He added that Envoy Sage is entering the review “with no preconceived notions of what we will or will not find.”

“The facts as they are gathered, both digital and physical, will drive our investigative services,” he said. “We will handle all concerns, data, or information presented by the citizens of the commonwealth through the [Senate election investigation] website or to us by the committee with fidelity, due diligence, and the utmost discretion.”

According to public records, he filed to create Envoy Sage in August 2021.

On its website, Envoy Sage describes its leadership and personnel as veterans from United States’ intelligence organizations and U.S. Special Operations Command but does not include their names.

The firm lists past work investigating fraud and embezzlement in the oil industry, researching an international corporate merger, and exposing disinformation from non-government organizations.

However, the company does not provide specifics such as client names or dates for services rendered.

When he was asked to cite a specific contract or project where he handled sensitive information, Lahr declined, saying that most of his work is “confidential and classified at the highest levels for the U.S. government and the Department of Defense.”

Lahr did not answer multiple questions about Envoy Sage employees — how many are helping conduct the investigation and what they’ll have access to. Lahr, who did not respond to follow-up messages after the press call, named Mike Mall as an Envoy Sage team member but did not disclose his role with the firm.

“Our team has got the ability to scale when we need more member expertise,” Lahr said during Tuesday’s call, adding that new employees can be added as full-time staff or subcontractors. “When we need to contract, we’re able to do that, so we are very agile in growing the team rapidly with expertise and supporting the client as needed during the investigatory process.”

Federal Election Commission reports show that Lahr has donated to the National Republican Congressional Committee and a series of Republican candidates, including $250 to U.S. Sen. Lindsey Graham, a South Carolina Republican, in October 2020.

Defending the donation to Graham on Tuesday, Lahr said: “A family member of mine donated that amount, and as an American citizen, I don’t think it takes away my ability to, on the personal side … support the candidates on the left or the right. I have supported candidates that are Democrats and candidates that are Republicans.”

The donations, however, did not raise a red flag with Dush, who earlier this fall said the Senate would not hire a firm with ties to candidates who appeared on the ballot in 2020 or 2021.

“I have worked professionally for both administrations, Democrat and Republican, and I’ve been able to put a firewall between my personal and professional business dealings,” Lahr added. “I see myself as very bipartisan, fair, and will conduct myself as such.”

The post What to know about the vendor that’s conducting the Pa. Senate’s election investigation appeared first on Pennsylvania Capital-Star.

What to know about the vendor that’s conducting the Pa. Senate’s election investigation