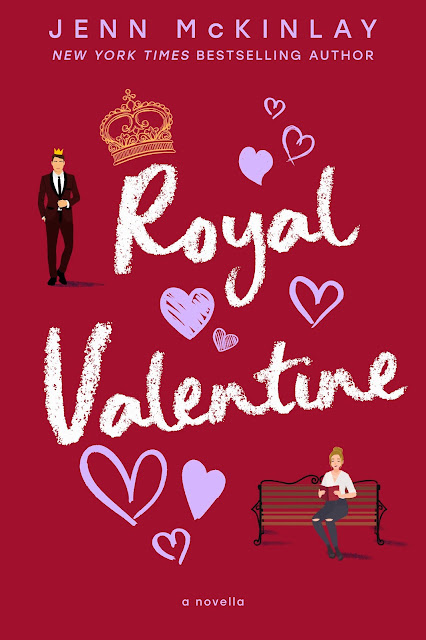 We have a winner!!! The winner of last week's Ellen Byron/Maria DiRico signed book is Kathyc23!!! Email Ellen at ellenbyronla at outlook dot com and she'll send your book!

Jenn McKinlay: Authors are frequently asked what motivates them. I always thought it was my desire to create, my love of words and stories, or more practically my need to eat. Come to find out, none of that is it. I'll explain.

A few months ago, my agent thought it would be a great idea if I submitted some original novella ideas to an audio book publisher. The money was great, the novellas were a third of the length of what I usually write, and I have come to LOVE audio books, so I was all in.

I toiled to write what I thought were three super fun ideas for romcoms. Set in a fictional Museum of Literature on Museum Mile in Manhattan, the books are everything I love about the romantic comedy - snappy dialogue, fun settings, characters that a reader can relate to, and -- in this case -- plot lines centered around books.

My agent read them and agreed. Yay! We submitted and waited (this part of publishing never seems to change) and waited and waited. When the audio publisher did get back to us, it was a "These stories are fabulous, but..." There's always a but. The publisher didn't like my existing audio sales numbers so they passed.

Well, here's a little known fact about me. If you want me to do something, the best way to get me to do it is to tell me that I can't. I think this stems from being the youngest - always too little, always too young, always having to stay home with mom when everyone else went out and had fun, and so on. It makes you feisty!

Needless to say, I wrote the novellas, hired an editor and cover artist, and novella number one ROYAL VALENTINE drops on Jan 4th with the next two coming in June and December of 2022. The audio will follow eventually -- because the whole point of this was to publish audio -- but I ran out of time (deadlines!) so now my agent is shopping the audio rights because she's awesome like that.

So, when I was finished writing the first novella, I realized it wasn't my need to create that drove me to finish the story as much as it was...spite. Yeah, I'm not sure this says anything good about me. I had a whole "I'll show you" thing going on while I wrote, for sure, but in my defense, I was also in love with the world I'd created in my head -- a museum of literature, people! -- and I had to see it through because I knew they could be so fun as audio books. Let's hope the audio versions, when they manifest, prove me right!

Here's a snippet of our museum registrar heroine meeting her love interest for the first time:

There was a light shining from beneath my office door and I realized I must have left it on, knowing I was going to come back from the gala and change out of this Austen inspired nightmare. I yanked the ribbon beneath the old fashioned bodice loose and began to shrug out of the constricting gown.

I opened the door to my office and stepped inside, eager to peel off the dress and slip into my day clothes, when a movement behind my desk startled me. I jumped and let out a small high-pitched shriek.

There was a man—a stranger—behind my desk!

We stared at each other for a beat and then his gaze drifted down and then shot right back up to study the ceiling.

Furious at the violation of my privacy, I planted my hands on my hips and glared. “Who are you and what are you doing in my office?”

He was standing in a half crouch as if he’d been rising from the chair but was now stuck somewhere in between, not wanting to make a move that might scare or offend me. He glanced at me but didn’t meet my eyes. Instead, his gaze fastened somewhere over my head.

“M. Graham, I presume?”  He waved his hand at the door where my nameplate was attached.

He was wearing a tuxedo, which made it obvious that he’d been at the gala, but his bow tie was loose, the ends dangling on each side of his unbuttoned shirt collar. Had he sought refuge in here because he’d been feeling ill? Or was he a very well-dressed burglar?

It hit me then that I was all alone on the upper floor of the museum with an absolute stranger. This was what avid readers described as a protagonist’s TSTL (too stupid to live) moment, which was frequently found in modern fiction. I’d always been a critic myself, but I now had a new appreciation for those sticky situations that characters found themselves in.

“I’m a guest,” he said. He still didn’t meet my gaze. “Would you believe me if I said I was hiding?”

He had a deep-toned British accent, which was annoyingly distracting. In the silence, his gaze met mine, drifted down, and then rocketed away. “You might want to um…” His voice trailed off, but he pointed to his chest and then mine, indicating there was a situation .

Suddenly, I was aware of a cool breeze in a place I should not be feeling a breeze at all. I glanced down and then clapped my hands over my front. One of my girls had gone rogue and had popped out of my loosened gown, playing peekaboob. Ack!

My face was instantly as hot as the fire from a thousand suns, and I wondered if this was where the tall tales of spontaneous human combustion came from because I was positive that I would go up like a human torch of humiliation in three, two, one…I did not. Pity .

I yanked up my droopy bodice and quickly draped the fichu around my neck, trying to salvage what little dignity I could find. I’d have had better luck trying to hold water in my cupped hands.

Awkward silence filled every nook and cranny of the room as I had no idea what to say to this stranger who had seen my bare breast. Wait a minute. Yes, I did .

“Who are you? And why are you hiding in here?” I cried. With my front now completely covered, I tossed my head, planted my hands on my hips, and assumed a rigid stance of furious indignation. I would have high-fived myself, but I didn’t want to risk another nip slip.

“I’m…er…Albert George, you can call me Al,” he said. His Rs were as soft as butter and his smile revealed a slightly prominent canine tooth on the right side that gave his handsome face a roguish charm. Startlingly bright blue eyes met and held mine as he rose to his full height and a wave of thick dark hair flopped over his forehead in a disarmingly endearing way .

I refused to be sidetracked by his attractiveness. The man was in my office, had seen my boob, and for all I knew was there to steal the rare books that were in my care. I glowered.

“That tells me who you are, Al.” I over pronounced his name just to be annoying. “But why are you in my office?” I demanded.

How about you, Reds and Readers, what motivates you? And how do you handle it when you're told you "can't" do something? 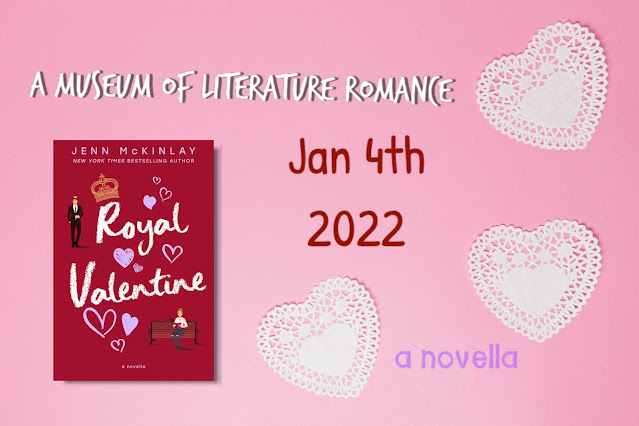 Molly Graham doesn't believe in love at first sight or fairy tales. She's been burned too many times before. When her best friend, Brianna Cho, challenges her to aim high and go for men who are out of her league, Molly can't imagine a worse way to spend Valentine's Day. When she stumbles across a very handsome British professor, Albert George, seeking refuge in her office during the Museum of Literature's Valentine's Day gala for the opening of their Austen exhibit, Molly can't help but be drawn to the fellow introverted academic. Together they ghost out of the event and embark upon a month long love affair. Molly is rethinking her stance on happily ever afters and plans to tell Al how she feels, but he disappears. Afraid something bad has happened, Molly searches for him only to discover there is no Albert George affiliated with the university. She's been played for a fool!

Molly is devastated. As registrar for the Museum of Literature, she is tasked with a trip to England to return the Jane Austen exhibition materials on loan from the Whitmore Estate in Bath. It's the only thing she has to look forward to and even this dream trip is a struggle. When she and Brianna arrive at Whitmore Manor, they are introduced to Earl Whitmore and his grandson Lord Insley, or as Molly knows him Albert George. She is shocked and dismayed to discover she has fallen in love with a viscount in line to be an earl. James Albert George Insley Whitmore, called Jamie by his friends and family, arranged for Molly to bring the materials back. He had to leave her unexpectedly, but he hasn't been able to forget her and he wants to win her back. Molly isn't having it. She refuses to be taken in twice. Jamie will have to channel his inner Fitzwilliam Darcy to prove to her that love conquers all and win her heart for good.