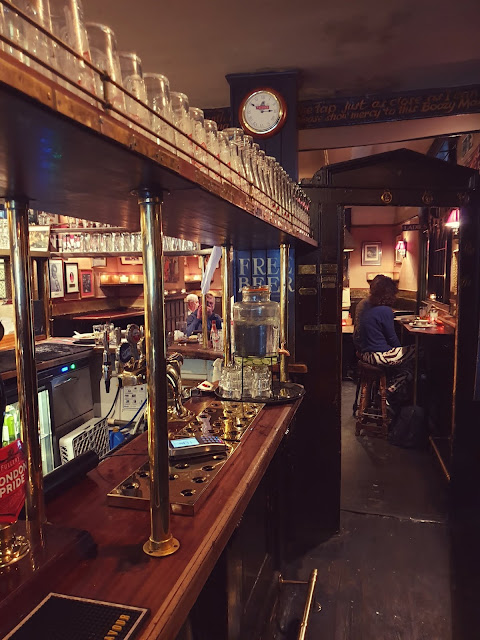 WHEN AND HOW DO WE REOPEN PUBS?

If we learn one thing from our time in various states of social restriction, that many incorrectly keep referring to as lockdown, it is that we will learn absolutely nothing. Now is a time when we could as a population begin to sit back, relax and listen to each individual birdsong by an open window, trying to distinguish between the call of a goldfinch and a chaffinch.
Instead we will spend the 23 hours a day we are painfully awake flitting between social media and 24hr news channels, absorbing each and every speculative scrap of claptrap, to give us something else to talk about between checking Facebook again and opening more gin.
For me, it is the “updates” on pub reopenings and the conclusion of the football season. The latter involves me glancing at fictitious articles written by increasingly desperate sports reporters, fed to me through a WhatsApp group comprised mostly of Manchester United fans; Manchester United fans who are happy with their own club's ineptitude and a vicious pandemic as long as Liverpool don't win the league.
For pubs though it is even more speculative. "We just don't know" but that hasn't stopped four thousand hypothetical articles appearing, ranging from pubs being open in June to pubs being shut until Christmas 2021. The last thing we need is a beer blogger giving his conjecture on it all but after four paragraphs of introduction, that is what you are going to get.
This is how I would reopen the pub as soon as is humanely possible. Or it is at least how I would be thinking about my own if I owned one.
When do pubs reopen?
It cannot be stressed enough that pubs cannot reopen until a relaxation of the current social distancing measures. People are upsetting themselves in a fixative state of 2 METRE 2 METRE, sounding like Bruce Forsyth in his Saturday night prime. Of course nothing can be suggested under the 2 metre social distancing rule.
So anything offered here works under the premise that such rules would have relaxed slightly. Frustratingly for pub goers, they will still be shut or working under restrictions when we are long back to commuting on crowded trains, to sit in busy offices or to shop in unrestricted supermarkets once more, watching a packed House of Commons at work. We will repetitively moan about that but it is something we will have to accept.
Maximum Occupancy
My first suggestion would be numbers of customers allowed into an individual venue. This would be based on number of seats per square metre, to eliminate some pubs shoving 600 chairs into a corner of the room and claiming that allows them a certain number in. Some pubs may even have to reduce current seating. Standing is not permitted.
How is that structured?
Pubs would simply have to have a MaÎtre D or a concierge - a leader of the entertainment. They would advise whether there is room in the pub and show you to your seat. They would also have the thankless task of telling the inevitable cranks that the pub is full. “I’ve been coming here for 37 years.” Not true. I didn’t see you once in April.

WHEN AND HOW DO WE REOPEN PUBS?