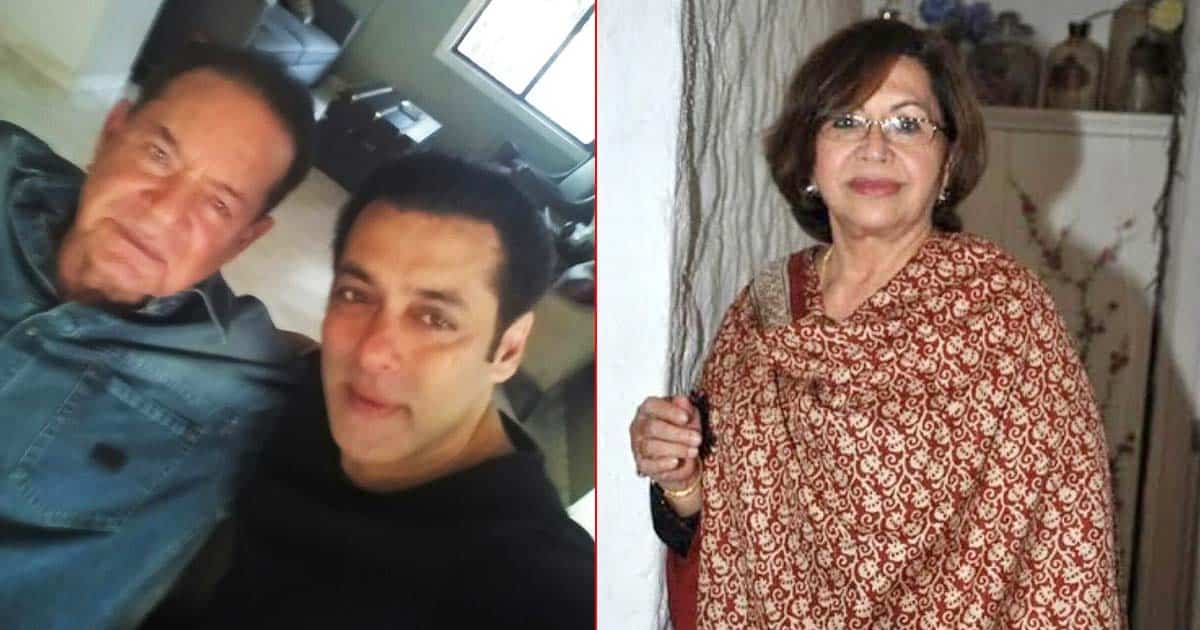 When Salman Khan Opened Up About Father Salim Khan’s Second Marriage With Helen: “I’d Hate It When Mom Would Wait Up For Him”

Salman Khan is a true family man as he’s always seen talking about his parents and siblings in the majority of the interviews. In a 1990 interview, the Dabangg star had spilled some beans about his father Salim Khan’s second marriage with Helen and how the screenwriter’s first wife Salma reacted to it.

Since the Radhe star entered the entertainment industry, the superstar has been very much vocal about his family. He’s often seen spending time with his family or playing with his baby niece and nephew.

Salim Khan was married to Salma and had four kids, Salman Khan, Sohail Khan, Arbaaz Khan, and Alvira, when the screenwriter tied the knot with actor Helen in 1981. Initially, his decision didn’t go well with the family, however, when Salma accepted the relationship, everyone seemed to have trusted her decision.

Meanwhile, in a 1990 interview with Filmfare, Salman Khan who is very close to her mother Salma, hated seeing her mother wait for his father to arrive home, he told, “My mom’s the best thing that’s ever happened to me. I can’t say why, I don’t think explanations are needed. We get along very well because basically, I’m a mama’s boy. I can’t bear to see her unhappy. She was very hurt when my father married again; I’d hate it when she’d wait up for him to come home.”

Salman Khan added, “Then, gradually, mom started accepting it. Dad explained to us that he still loved mom and that he’ll always be around. I was about 10 at that time and it took us quite some time to really accept Helen aunty. Today she’s a part of our family. Our whole family is like a closed fist, each one of us knows that if any one of us needs the other at any stage, we’ll be there.”

Meanwhile, Helen accepted the fact that she felt guilty of marrying a married with four children, in an interview, she told, “The fact that Salim was a married man did disturb me and I did feel guilty in the beginning. Something about Salim set him apart from the rest of the industry men. I respected him tremendously as he tried to help me out without trying to exploit me.”

While Salim Khan added, “As kids, they had their hostility. But they reacted the way their mother did. As I told you very honestly, it wasn’t as if Salma accepted the relationship happily straightaway and thanked me for it or said, you deserve an Oscar for it. So at that time, there was hostility from the children.”

On the work front, Salman Khan is currently seen hosting Bigg Boss 15, he’s also gearing up for the shoot of Tiger 3 and he’ll be making a cameo in Shah Rukh Khan’s Pathan.

Must Read: Sara Ali Khan On Working With Rohit Shetty, Imtiaz Ali & Aanand L Rai: “I Haven’t Chosen Them, They Have Chosen Me”

The post When Salman Khan Opened Up About Father Salim Khan’s Second Marriage With Helen: “I’d Hate It When Mom Would Wait Up For Him” appeared first on Koimoi.

When Salman Khan Opened Up About Father Salim Khan’s Second Marriage With Helen: “I’d Hate It When Mom Would Wait Up For Him”