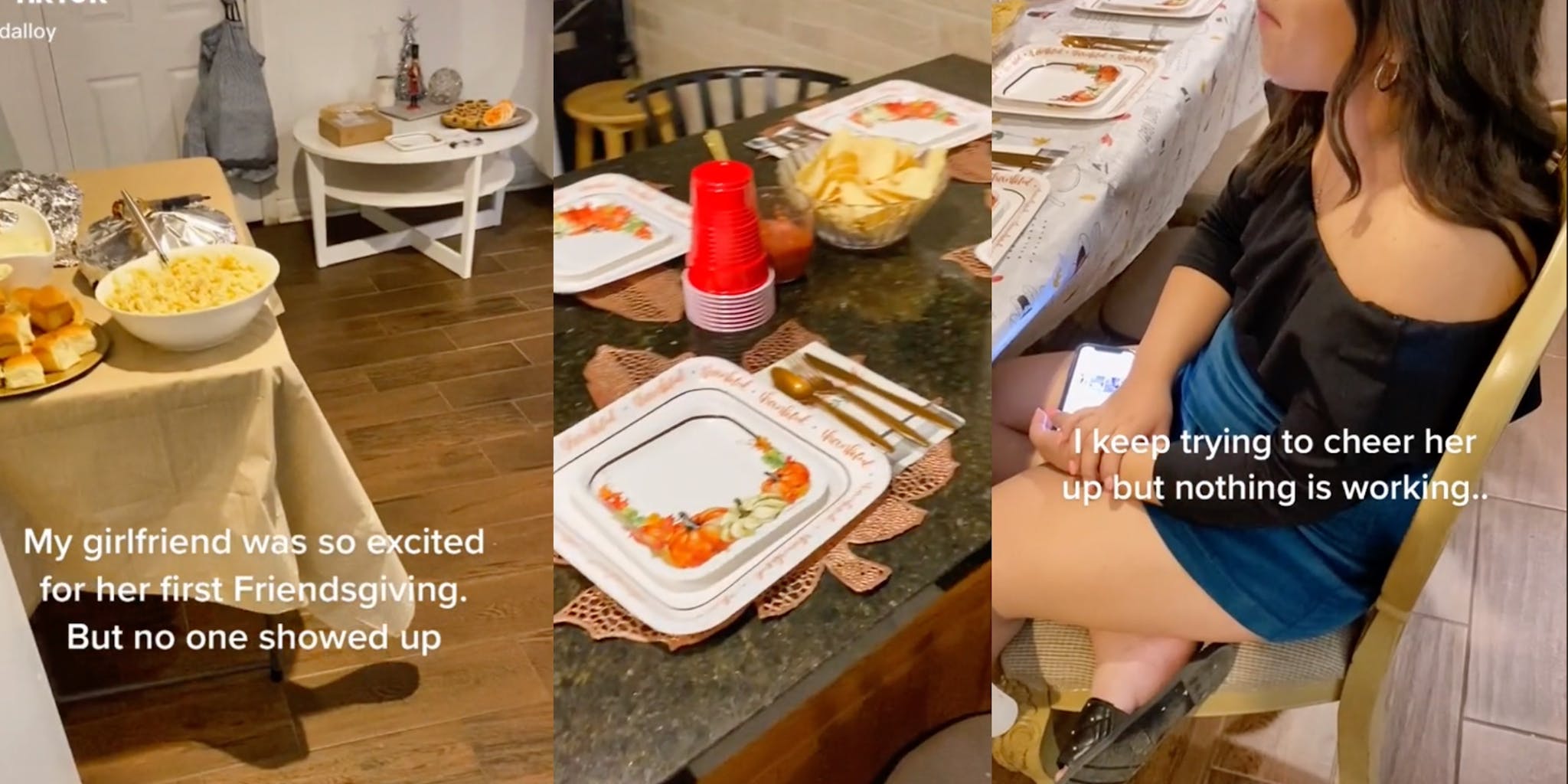 ‘Where do I apply to be her friend?!’: TikTok shows woman’s Friendsgiving dinner get stood up 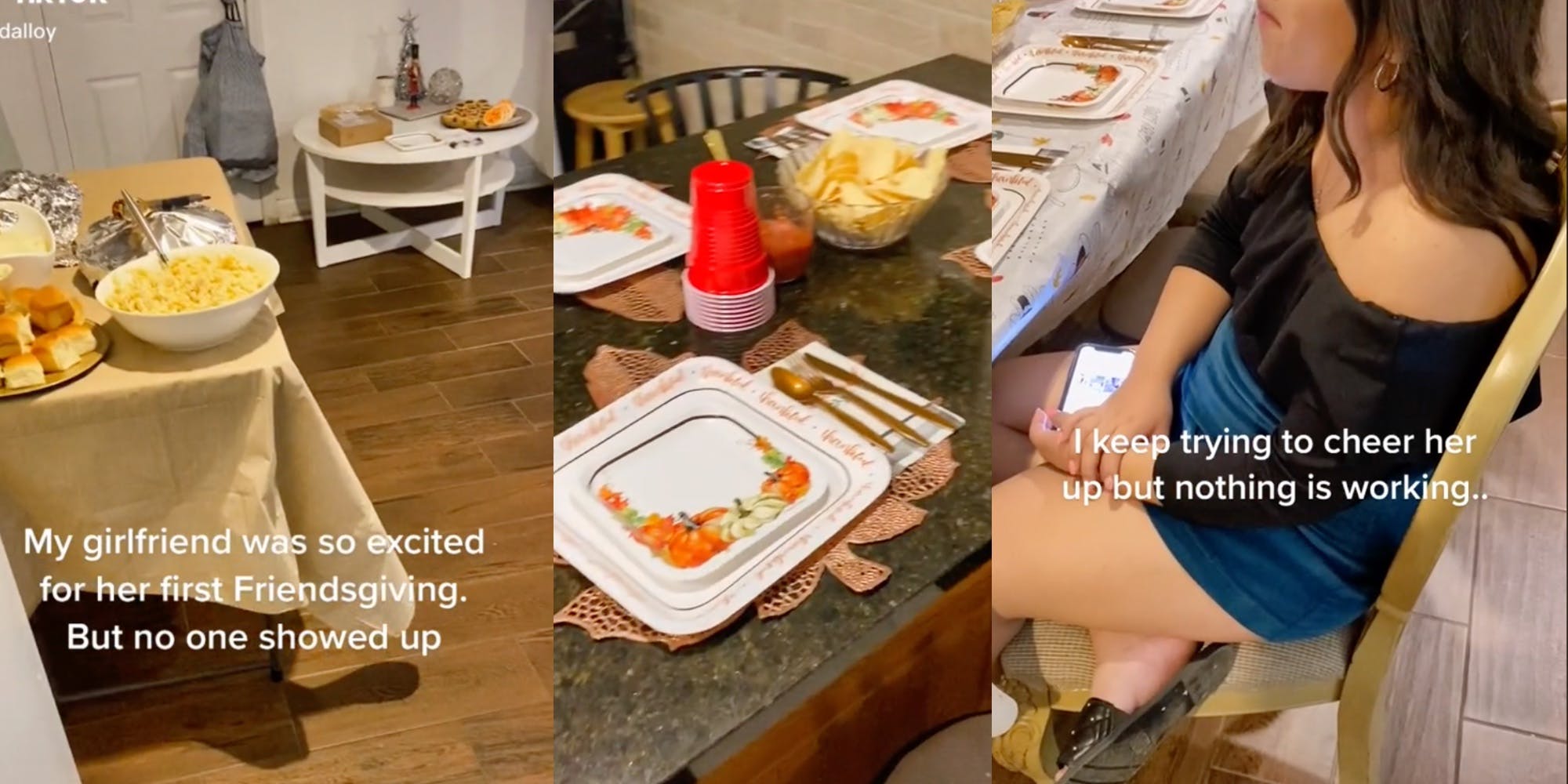 A woman's friends allegedly stood her up for their planned Friendsgiving celebration——but her boyfriend didn't allow her evening to end that way.

TikToker @kidalloy shared a video to the platform showing his girlfriend, @maryannzizumbo, waiting in a decorated basement for her friends to show up. According to a follow-up video, he claims that when her friends never showed up, he invited his friends to fill their seats.

The first video of her sitting at the table has garnered 13.5 million views on TikTok.

"My girlfriend was so excited for her first Friendsgiving," a text overlay on the video reads. "But no one showed up. She decorated the basement and cooked so much food. I keep trying to cheer her up but nothing is working."

Commenters responded emphatically: If her previous friends were going to treat her like this, she needed new ones. Many volunteered.

Some commenters shared their similar experiences.

"I remember hosting Friendsgiving and Friendsmas," one commenter wrote. "I stopped because I realized the only one putting in effort was myself in everything."

In the follow-up video shared by her boyfriend, @kidalloy, said that his girlfriend and her friends had put two weeks of planning into the meal.

"Everything was all set, they set the date, the time and everything that they were going to come," he said. "When the day came, no one was answering the group chat, no one was texting, no one was calling."

He said that in her mind, people were just running late. But when the three hour mark passed, and it was clear no one was going to come, he invited his friends.

"It was a good night," @maryannzizumbo said of the evening.

The Daily Dot has reached out to both @kidalloy and @maryannzizumbo via TikTok DM.

The post ‘Where do I apply to be her friend?!’: TikTok shows woman’s Friendsgiving dinner get stood up appeared first on The Daily Dot.

‘Where do I apply to be her friend?!’: TikTok shows woman’s Friendsgiving dinner get stood up