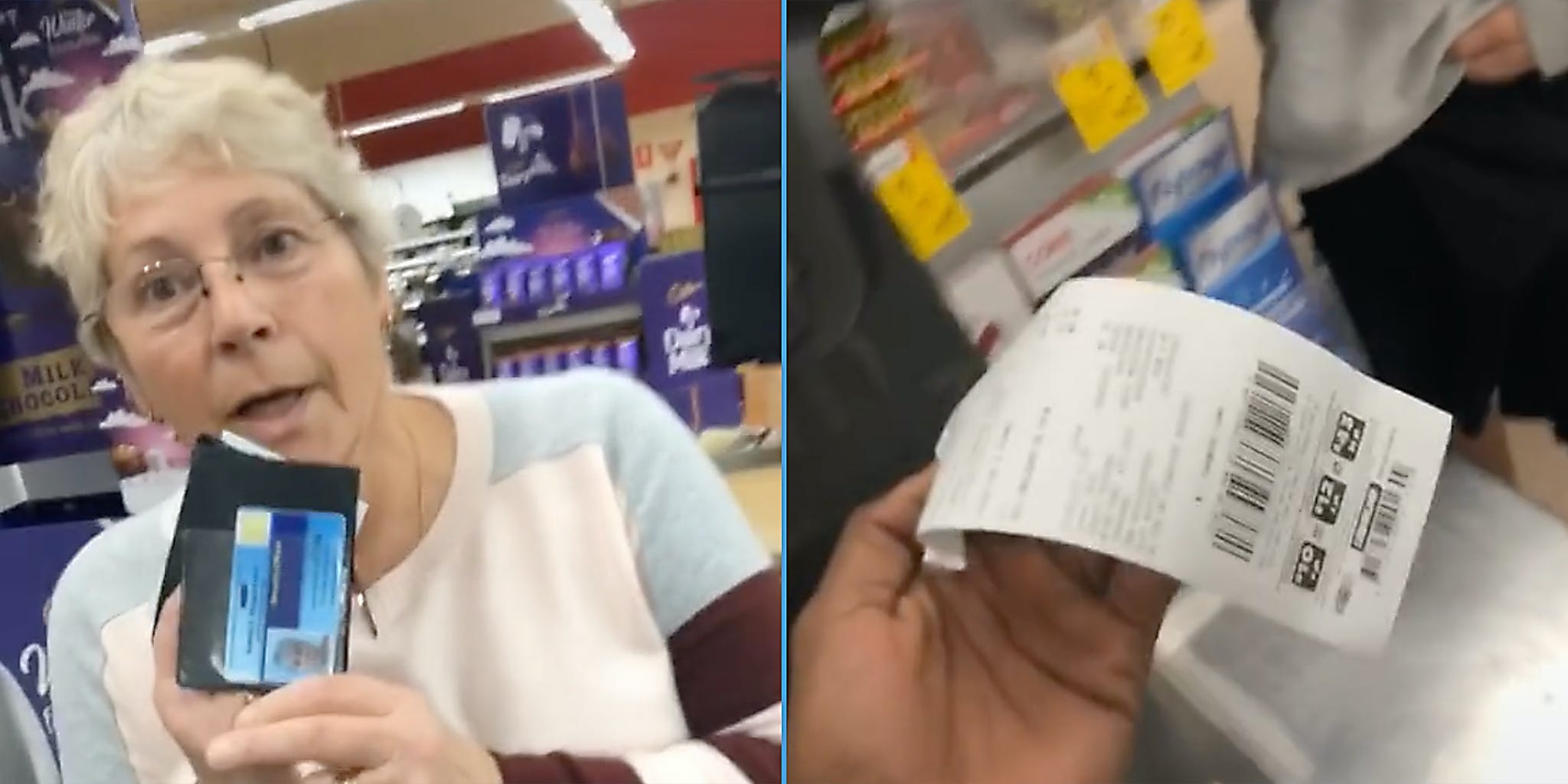 ‘Who made you security?’: Karen flashes random ID at Black man who ate gummy worms before paying for them 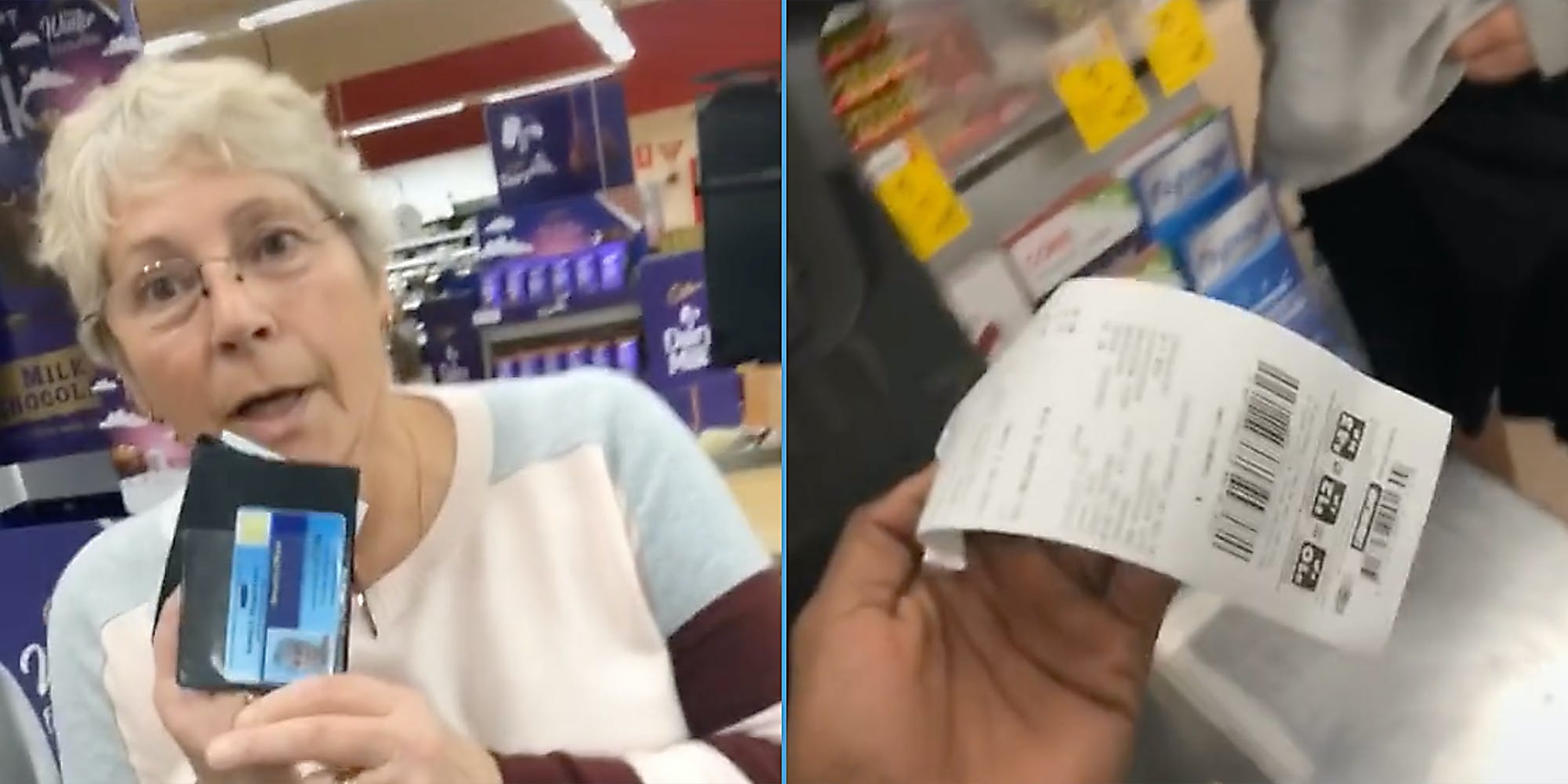 In a viral TikTok posted on Sunday, user @blackmagicsmg asks a so-called "Karen" who is watching him in a grocery story why she is mad at him. "You don't see me paying for my stuff?" he says while eating gummy worms and using the self-checkout machine.

"Who made you security? Out here, confronting us?" the TikToker, who is Black, asks the woman, who is white.

The woman pulls out her wallet and says "that's who made me security" and shows him an ID card with her photo. It's unclear what the card is for. The TikToker then offers her a gummy worm (she declines) and shows her his receipt.

The TikToker called the woman a "Karen" in the caption and sarcastically said flashing her ID was a "check mate." His video received almost 2 million views, and commenters filled the video's comments section with laughing emojis. Some even took guesses at what kind of ID card the woman showed @blackmagicsmg.

Others were baffled by the woman's behavior.

"Not you AT the register and she questioning you," @asyianpersusian commented.

"The smirk after she showed her card," @lanalazarevski wrote. "Like she thought she ate."

"It isn’t stealing unless you walk out of the store," @sensei__norbz commented, referring to the gummy worms that the TikToker ate and purchased. "He even paid for the lollies in the end and she is there talking the talk."

According to FindingLaw, an outlet that provides legal expertise, eating food in a grocery store is not shoplifting.

"You need to have committed the act of taking the item and have the intention of evading the checkout counter in order to be found guilty of shoplifting, according to the law," states FindingLaw. The outlet also clarifies that "shopkeepers generally have discretion" when detaining a shopper who they suspect to be shoplifting.

In addition, the package of gummy worms that @blackmagicsmg bought had a fixed price, unlike items like produce that are priced by weight.

"Something sold at a fixed price," clarifies FindingLaw, "may be more acceptable" to eat while still browsing the store.

The Daily Dot reached out to @blackmagicsmg via Instagram message.

The post ‘Who made you security?’: Karen flashes random ID at Black man who ate gummy worms before paying for them appeared first on The Daily Dot.

‘Who made you security?’: Karen flashes random ID at Black man who ate gummy worms before paying for them