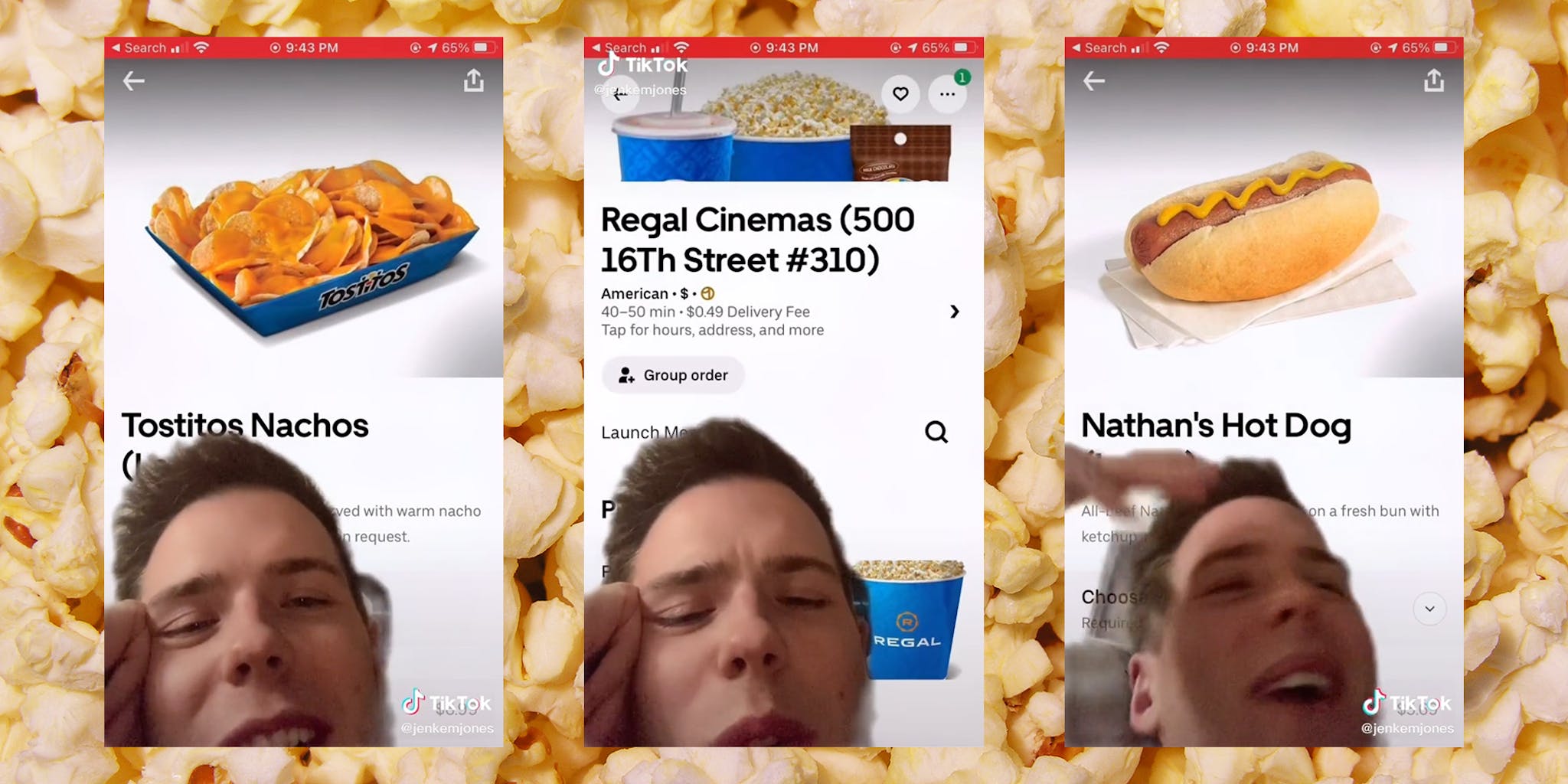 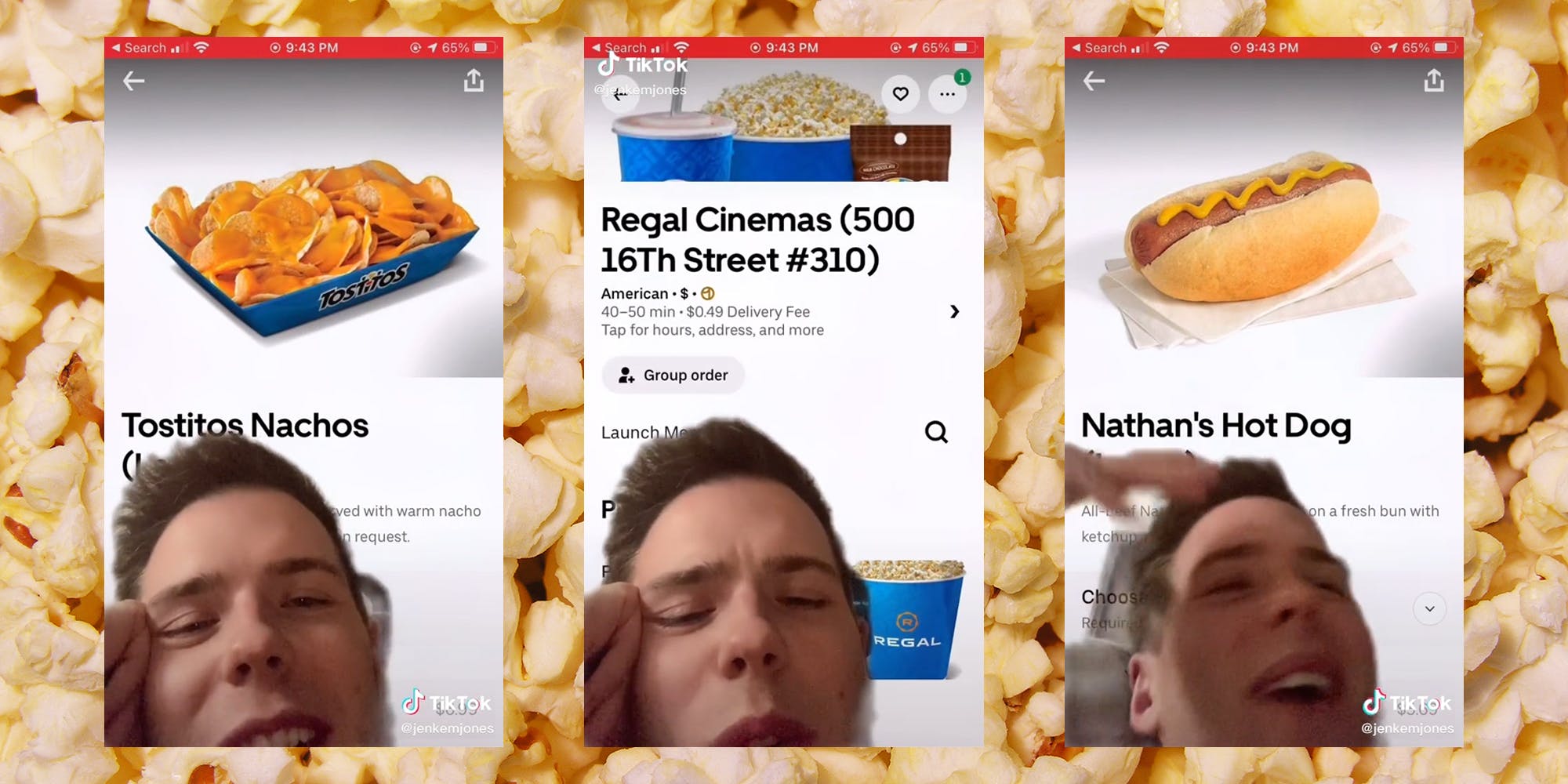 Like airplane food or hospital food, movie theater snacks have a bad reputation. The food quality is low and the prices are notoriously high, aimed at customers who don't have any other options. As a result, one TikTok user was surprised to see Regal Cinemas food available for delivery on Uber Eats.

In a viral TikTok, @jenkemjones noticed the presence of Regal Cinemas on his Uber Eats app. "I am just craving some movie theater nachos," he joked. "I would love to pay a delivery fee for a dry ass Nathan's hot dog."

The app shows typical movie snacks like Red Vines, $9 servings of popcorn, and overpriced soft drinks. "Who the fuck is buying this shit?" wondered @jenkemjones in the TikTok, which has now been viewed more than 160,000 times.

Most people in the TikTok replies agreed with his disbelief, chiming in with comments like, "man I'm dying for some popcorn that was fresh 3 days ago" and, "over $7 for a watered down fountain drink."

Another person highlighted the 40-50 minute delivery time on the Uber Eats app. Your movie theater nachos would likely be cold when they arrived.

Of course, none of this answers the question of how many people actually order food from movie theaters. It may not be as popular as restaurants like McDonald's, but as a couple of commenters pointed out, it's definitely the sort of food that some people might order while under the influence.

"Yes people do this," wrote one commenter claiming to be a Regal employee. "People even order after we've closed and try to argue with me about turning the machines back on."

While most commenters were amused by the idea of spending extra money on cinema food, a few people did admit that they'd do it themselves.

The Daily Dot has reached out to @jenkemjones and Regal Cinemas for comment.