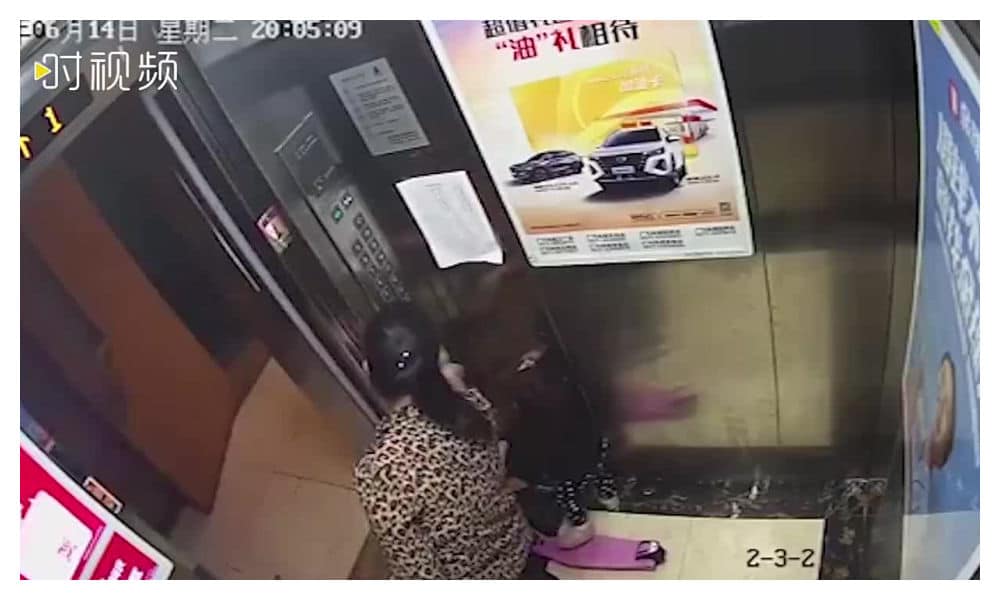 A tragic incident that happened in Hangzhou, Zhejiang province, has become a trending topic on Weibo this week.

On June 14, a 21-month-old girl in the city’s Gongshu District was left in an elevator by herself while her nanny was not paying attention. The elevator went up to the building’s 8th floor, where the toddler walked out and ended up falling from a window. The little girl unfortunately did not survive the fall.

The details surrounding this tragedy have triggered much discussion on social media, where a security camera footage from the elevator was posted by the girl’s father on June 25.

The video shows the girl and the nanny getting into the elevator together on the 15th floor at 20:04. While the elevator goes down, the nanny is seemingly distracted and watches her phone while the little girl is playing on her little pink scooter.

Nanny and Xiaotao get into elevator together, Xiaotao holding her pink scooter.

When the elevator arrives at the first floor, the nanny steps out and takes the pink scooter with her, probably assuming that the toddler is right behind her. But then the elevator doors close and the little girl is left behind alone in the elevator, which automatically goes up to the 8th floor. 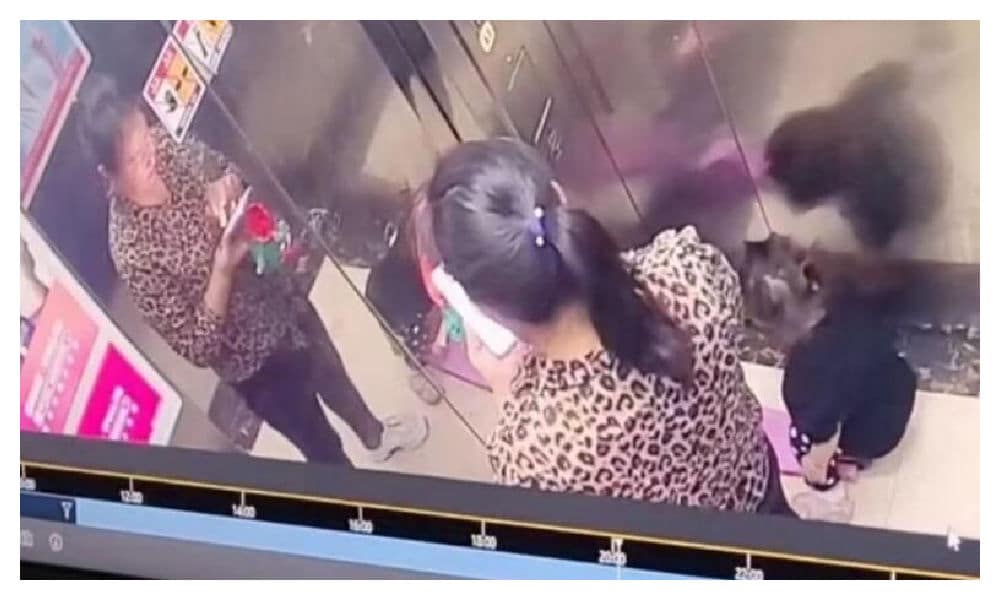 Nanny is watching her phone. 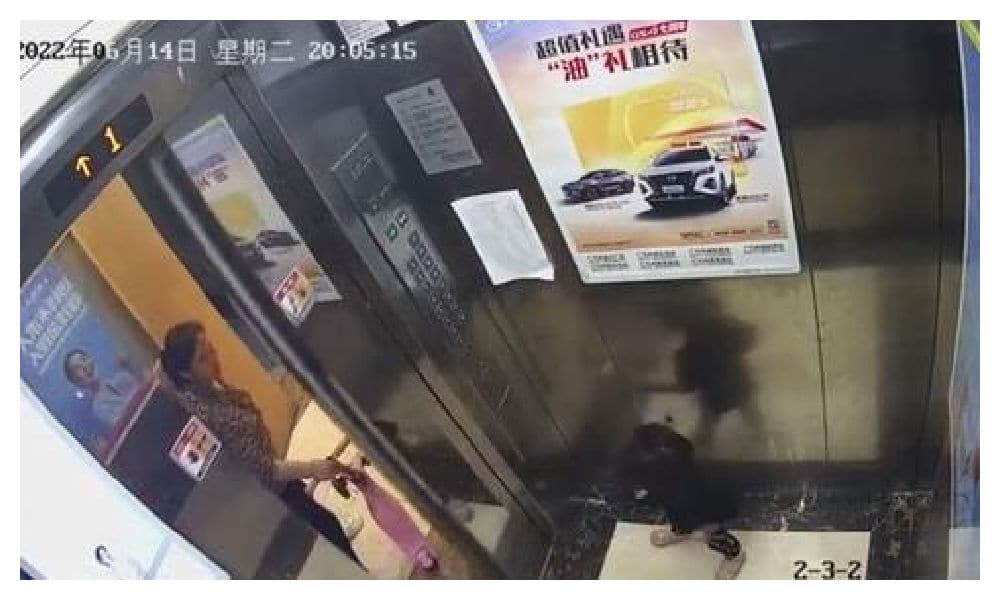 The nanny grabs the scooter and exits the elevator, only noticing that the girl is left in the elevator when the doors are already closing.

The footage shows that the little girl, Xiaotao (小桃), is crying after she is locked inside the elevator. Once the elevator stops and opens on the 8th floor, she can be seen exiting and walking into the hallway. 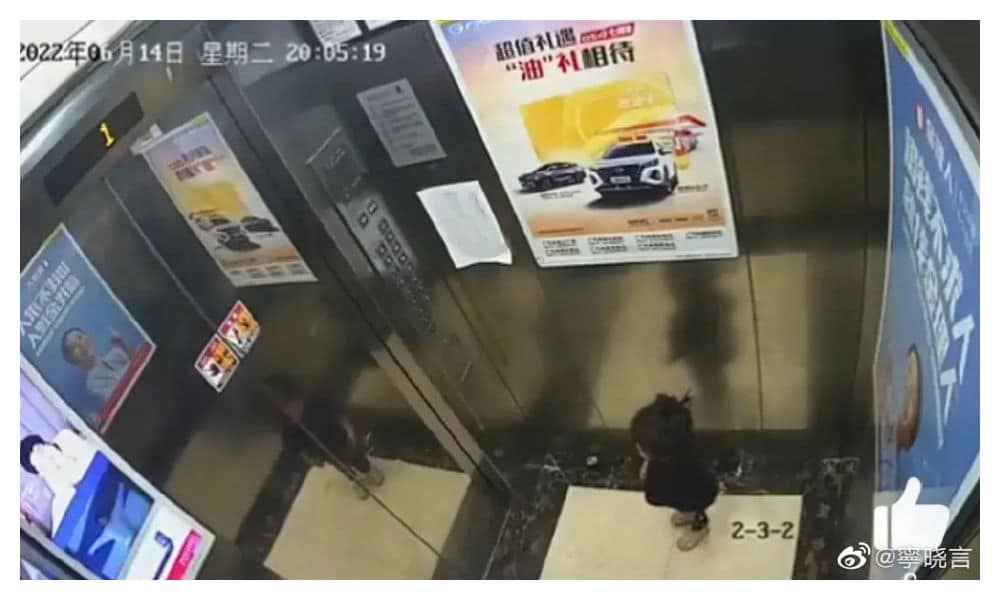 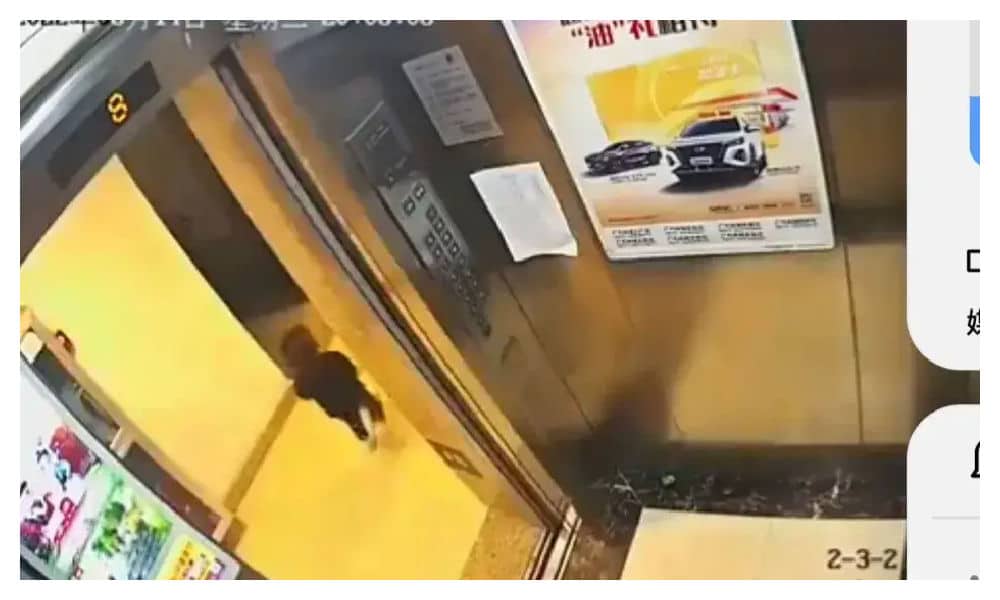 According to Xiaotao’s father, he received a call from the nanny after 20.00 that night, saying that she could not find the little girl. The father was at home at their 3rd floor apartment that evening. His daughter and the nanny had gone to the apartment of Xiaotao’s grandparents, who live on the 15th floor of the same building.

Rushing out to search for his daughter, the father inspected every floor of the building. The nanny had reportedly first told him she thought Xiaotao might be on the 8th floor, but later she changed her story and said she might be on the first floor.

The father later stated he did not trust what the nanny was saying. She had only been working for the family for seven days, and they had agreed to pay her a monthly wage of 8000 yuan (US$1195) for her services.

After he knocked on their doors, some neighbors on the 8th floor told the father they had heard a child crying. Going outside in search of Xiaotao, the father eventually discovered her body lying on the 2nd floor terrace right below the window on the 8th floor.

The question of whether the nanny can be held legally responsible for the deadly incident is one that is being discussed on Weibo. Although the nanny has stated that she very much blames herself for what has happened, many people also think those overseeing the construction and property management of the building should be held accountable.

An image of the window in question shows that children can easily climb up to the windows and that there are no safety bars. 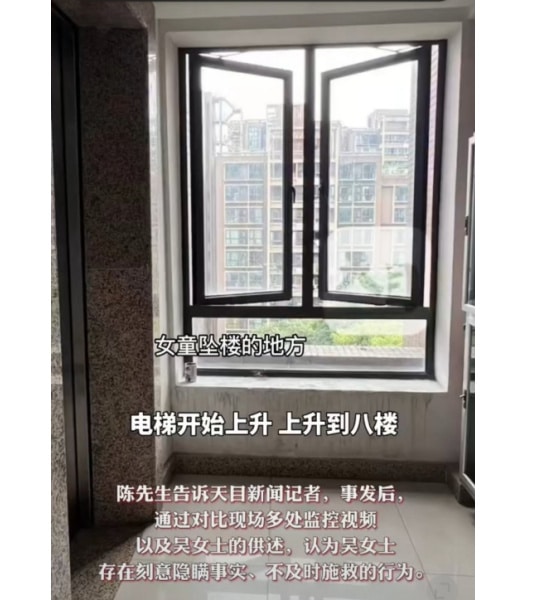 The window from which the 21-month-old girl fell.

“This is a major design fault by the developers,” one commenter writes: “It’s the developer who is the main culprit. The nanny is the second.”

One Weibo user from Shanghai writes: “This kind of property management is life-threatening for any young child. These high-rise buildings have a barbarous design. In the end, it’s a matter of architectural design in China that doesn’t take the protection of young children into consideration at all.”

Many others also agree that the building’s construction and property management is mainly responsible for the deadly accident: “The window has a serious safety problem, that comes first. Second comes the nanny, who was too careless.”

Recently, there have been multiple news stories about young children falling from windows across China. On June 19, an 8-year-old child fell from the 17th floor of an apartment building in Chenzhou, Hunan.

“One mistake, one human life, such huge consequences”

While the Hangzhou case is currently being investigated by local authorities, the toddler’s mother spoke out in the media on June 27th that she felt that before exploring the criminal liability of the property management, the nanny’s legal responsiblity should be looked into first.

The hashtag “Mother of Hangzhou Girl Who Fell Out of Building Speaks Out” (#杭州坠楼女童母亲发声#) received over 180 million views on Monday. Xiaotao’s mother openly wonders why it took the nanny a total of eight minutes before she called to say she could not find Xiaotao. She also accuses the nanny of lying about why she was watching her phone while she was in the elevator; the nanny had allegedly claimed that she had received a message from Xiaotao’s parents about running some errands, but the mother says such messages were never sent.

The problem of caregivers not paying attention to their children because they are more focused on their phone has become a trending topic on Chinese social media before. In 2017, the shocking footage of a woman playing on her phone while her 4-year-old son drowned in the pool just a few meters away from her sparked discussions on the dangers of being a ‘smartphone addict’ (低头族).

There are also many commenters on Weibo who think the nanny is the main culprit. One commenter (@DareGoos__) wrote: “She is a high-end nanny, looking after the child is her job. I am unmarried and childless, and even I know that you’re supposed to hold a child with you when you’re taking the elevator, isn’t this common knowledge among adults?”

“I am more careful with my cat than she is with this child,” one commenter wrote. “One mistake, one human life, such huge consequences,” another person said.

But many people do not agree, suggesting that the elevator doors automatically closed way too fast, and that checking one’s phone on an elevator is a normal thing to do.

Others reacting to the Hangzhou news also say the parents bear some responsibility for this tragedy in handing over the care of their young child to this nanny. “When my mother gave birth to me, she stopped working and made our family – taking care of me – her job. The mom and dad should follow their kid closely, especially if it’s just two years old,” one Weibo user (@李佑嘉的前女友) wrote.

“I feel so sorry for the child,” a typical comment said: “This totally could have been avoided.”

For some, the Hangzhou case brought back memories of another tragedy that took place in Hangzhou which also involved a nanny. In 2017, a mother and her three children died in a fire on the 18th floor of a luxurious high-rise building in Hangzhou. After the fire broke out in the early morning around 5.00, the mother saw the fire and then alerted the nanny, asking her to run and seek for help. The nanny, who escaped the fire and survived, later turned out to be responsible for starting the fire (read more here).

Get the story behind the hashtag. Subscribe to What’s on Weibo here to receive our weekly newsletter and get access to our latest articles:

The post Who’s to Blame for Hangzhou Toddler’s Deadly Fall from 8th Floor Window? appeared first on What's on Weibo.