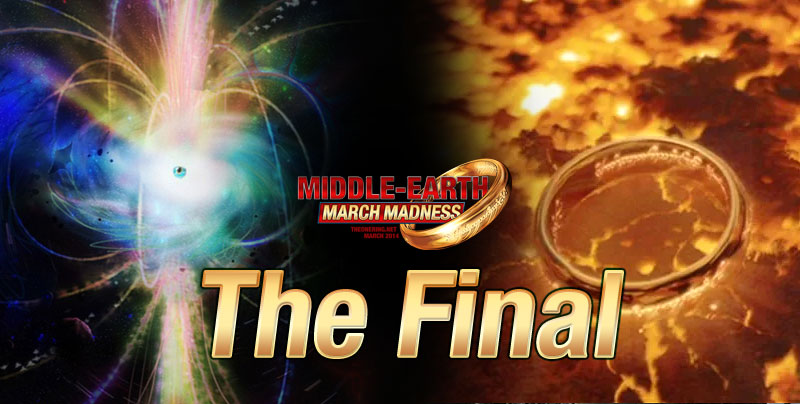 Two weeks ago, we launched Middle-earth March Madness 2022, A Battle of the Ages. Sixty-four events began the contest, with the four brackets this year representing the first four Ages of Arda, up to the departure of the Rings of Power from Middle-earth: Pre-First Age, First Age, Second Age, and Third Age.

Six rounds later, with over 65,000 votes placed across all rounds, a winner has been decided. The victor was announced last night on TORn Tuesday; but if you missed that, we can reveal for you here this year's Middle-earth March Madness Grand Champion:

By the narrowest of margins - 50.8% to 49.2% - Eru Ilúvatar's Creation of Arda (VY 0) defeated the Destruction of the One Ring (TA 3019). The ultimate Creator becomes the Ultimate Champion, with voters deciding that the event which began the entire legendarium was the most important one of all.

Here's how the final bracket looked:

Thanks to all who participated this year! If you have ideas for future Middle-earth March Madness themes, let us know on Facebook or Twitter; we're always open to suggestions. See you next year!